Over the past two months, events in Ethiopia have prompted us to check in on our forecast that Ethiopia is one of several countries emerging to replace China as the leader in labor-intensive, basic manufacturing. Despite the recent media clamor over a declared state of emergency in the country, we still consider Ethiopia a key successor to Chinese manufacturing. 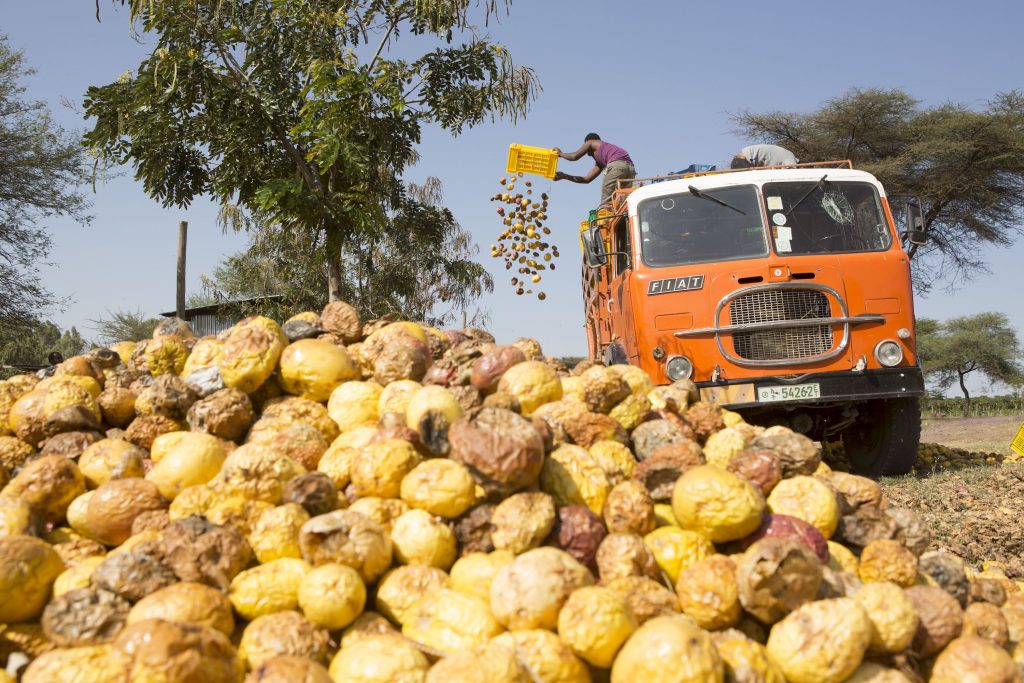 Workers of Africa Juice, a Dutch-owned, Ethiopia-based juice company, are pictured tossing fruit that was damaged by protesters on Oct. 19, 2016 near Adama. ZACHARIAS ABUBEKER/AFP/Getty Images

Ethiopia has become a manufacturing hotspot mainly due to its large population of 97 million, persistently high unemployment and absence of a national minimum wage. This has ensured an abundance of cheap labor among a substantial workforce. Development in Ethiopia has led to sustained levels of high GDP growth, with an average of 10.6 percent annual growth since 2010. Despite slower global economic and trade growth rates, the country stands out as an economic bright spot and continues to see growth rates notably higher than the global average. The International Monetary Fund’s World Economic Outlook for October 2016 notes that overall global economic activity has slowed, with a global growth average of 3.1 percent this year and 3.4 percent next year. In contrast, Ethiopia is projected to grow 6.5 percent this year and 7.5 percent next year.

Many of the countries on our list of China’s successors currently experience political instability and high crime, and are susceptible to corruption in the public and private sectors. But these conditions are common in countries with large informal economies and labor markets. Basic manufacturing industries often initially develop in this informal sector, making them a key part of economic development in these countries.

Ethiopia is no exception. In late 2015 and early 2016, the Oromo people, an ethnic group that has opposed the government for years, protested the requisition of public land to be used in building more industrial parks. Such demonstrations often occur during a transition from an agrarian to an industrial economy. These protests evolved into a larger ethnicity-based conflict with the government.

We explained the different sources of ethnic unrest in Ethiopia in our Sept. 1 Deep Dive on the topic. We pointed out that as long as opposition groups are not united, and Addis Ababa has the support of a strong foreign power, the government is very unlikely to fall. Growing public demonstrations and confrontations with security forces prompted the government to declare a six-month state of emergency on Oct. 9. This drew strong international attention to the conflicts in Ethiopia, and for some, put into question the country’s economic future.

Multiple reports have asserted that the unrest has compromised the country’s economy, especially after Oct. 8 reports that protesters damaged factories (many foreign-owned), flower farms and vehicles. To date, we have not seen information indicating these factories plan to shut down operations permanently or leave the country altogether. While unrest may cause some reduction in factory activity, this would have short-term impacts. The China-successor model is based on a long-term scale that accommodates bumps along the way. Remember China began its ascent around 1980 and did not reach its peak until more than 20 years later.

Other reports have noted that inflation has risen during recent months of unrest, and that unrest is deterring tourism. Rising food costs have been the major driver behind the recent uptick in inflation. The country has experienced severe drought conditions for over a year, the worst drought registered in the last 50 years. While unrest may deter visitors, tourism only accounted for just over 5 percent of Ethiopia’s GDP in 2015 and is mainly composed of expat Ethiopians returning for visits. The reduction in tourism will have a very low if not negligible effect on the country’s overall economy.

For the time being, the two key factors for the government’s staying power – disunited opposition and backing by a strong foreign power – remain in place. On Oct. 28, four political parties – the Oromo Democratic Front (ODF), Patriotic Ginbot 7 Movement (PG7), the Afar People’s Party and the Sidama People’s Democratic Movement – announced they were forming an umbrella organization called the Ethiopian National Movement. This comes after the ODF and PG7 formed an alliance earlier this year. One problem with this political coalition is that it was established and is led by Ethiopians outside of the country. While they may have ties to Ethiopia, their power and reach are limited since they are not physically present in the country to build, organize and conduct a coherent, united political protest to challenge the government.

The Ethiopian expat community and nongovernmental organizations including Human Rights Watch have orchestrated multiple campaigns in the English-language media to build international awareness of and pressure against repressive actions taken by the Ethiopian government. These campaigns, however, are having minimal effect given that a change in government brought about by social upheaval is not in the interest of major powers who are, at the very least, passively supporting the Ethiopian government.

The United States has asked for clarification over the state of emergency and held conversations with the Ethiopian government about potential risks the latter faces, as well as “respect for democracy and constitutional freedoms, and the need to combine both democracy and development to create economic opportunity.” In other words, Washington said the bare minimum to publicly save face without alienating Addis Ababa. Washington has continued food aid, business programs, the Peace Corps and other ties with Ethiopia despite the unrest over the last two months. The U.S. has depended on its close relationship with Ethiopia for military and security operations in the Horn of Africa, which remains a hotbed for Islamic extremist activity. The last thing Washington wants is more power vacuums in the region for extremists to take advantage of.

The Europeans also are relatively hands-off when dealing with Ethiopia. In early October, the European Parliament passed a resolution condemning the Ethiopian government’s crackdown. Days later, German Chancellor Angela Merkel paid an official visit to Addis Ababa, where she met with local opposition leaders. She encouraged the government to open up political participation. The purpose of Merkel’s visit, however, was to deal with African migration into Europe. The Continent already is in the midst of a migration crisis, and the idea is to slow or stop flows of people into European countries. In this sense, the last thing Germany or the EU wants is a violent Ethiopia, which would only encourage people to seek refuge outside the country.

Current unrest will cause short-term interruptions in the national economy, but won’t impact the long-term trajectory highlighted by our forecast. Furthermore, the government currently still has the backing of strong foreign powers, and the opposition is not united in a meaningful way inside Ethiopia. The government also has made moves to help improve its standing with the international community. It has released some 2,000 people detained at the start of the state of emergency, and said a Cabinet reshuffle would be coming soon and that the electoral system would be opened up in the next elections. Under these circumstances, our forecast holds.

Moving forward we will look for potential arrestors. An obvious one is an sign that the opposition can organize and mobilize inside Ethiopia as a cohesive unit. Another is the military, which has seen isolated incidents of dissent and expats recruiting defectors. We will monitor if the military can manage this dissent and avoid fissures along ethnic lines (the commanding officers and enlisted troops are different ethnicities). Last is the question of Ethiopia’s participation in the African Union Mission in Somalia and its role in helping keep peace in the region. Any reduced activity on the part of Addis Ababa will either need Washington’s approval or risk placing the bilateral relationship in jeopardy. 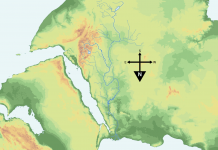 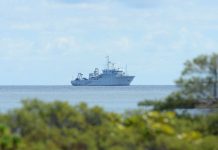