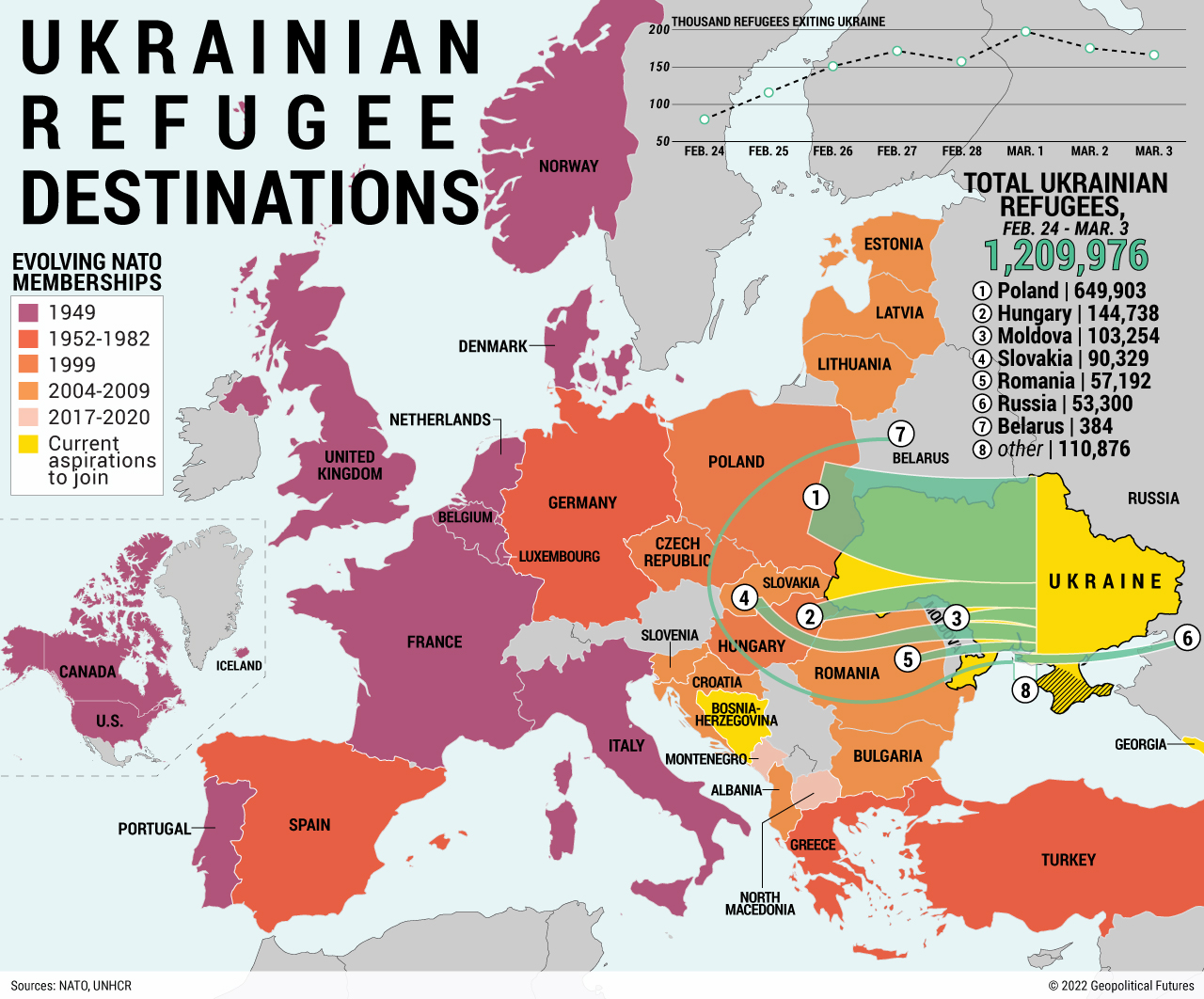 The war in Ukraine has created an exodus through the country’s western border. Partly that’s because the majority of the fighting is taking place in the east, and partly because countries to the west are sympathetic to Ukraine’s cause. (Some refugees, however, have fled to Russia, a reminder that the familial, cultural and religious ties between Russia and Ukraine yet been severed.) In fact, EU interior ministers recently agreed to implement measures that, contravening normal procedures, will grant Ukraine refugees protection and rights to move and work in the bloc’s territory. This is a bit of a departure for the EU. In previous years, mass migration from places like North Africa, Syria and Afghanistan tended to create tensions in member countries.

Meanwhile, the war has also renewed discussion about NATO expansion. For years, Ukraine, Bosnia-Herzegovina and Georgia expressed an interest in joining NATO, but their accession was always unlikely: Ukraine and Georgia, for example, are locked have lost territory to Russia, so admitting them into the alliance would all but guarantee military conflict with Russia in the future—something NATO is keen to avoid. In Bosnia and Herzegovina, joining NATO is a sentiment shared only by a portion of the country; the Repulika Srpska would probably push to separate from the rest of the country and receive Russian support. This would only destabilize the region.

Daily Memo: A Race for Influence in the Eastern Mediterranean, a...