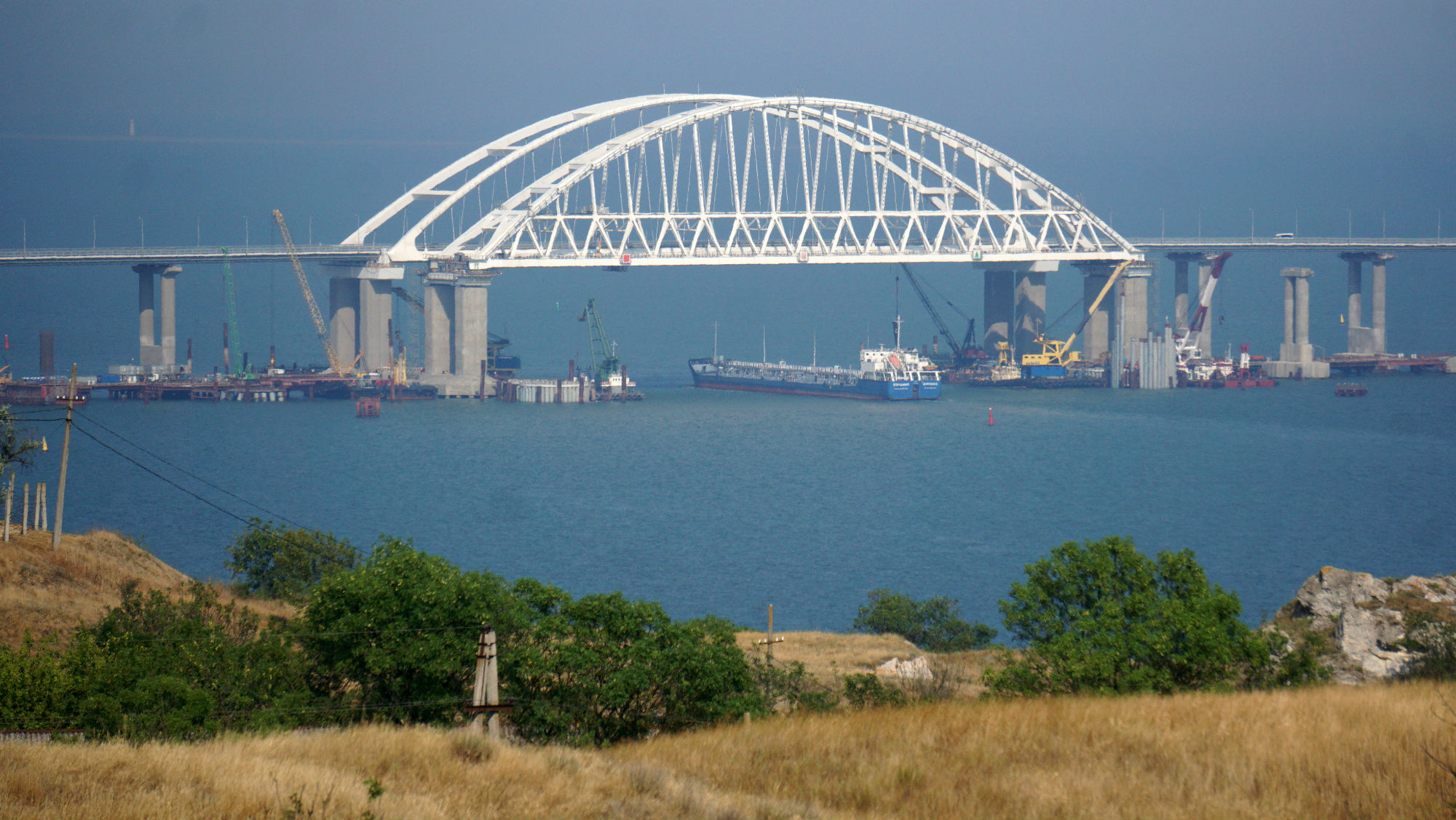 Last weekend, three Ukrainian naval ships were traveling from Odessa, on the coast of the Black Sea, to Mariupol, on the coast of the Sea of Azov, when the Russian coast guard opened fire on and seized the vessels. Ukraine said three sailors were injured in the incident; Russia said it was three. According to Kiev, Russia’s actions violated a 2003 treaty that gave both countries access to the Sea of Azov and the Kerch Strait, where the ships were intercepted. Russia, however, said the vessels were maneuvering dangerously and needed to be stopped.

The Kerch Strait is a narrow passageway between the eastern tip of Crimea and the Russian mainland. To access the Sea of Azov, on which two critical Ukrainian ports are located, vessels need to pass through this waterway. Though both Ukraine and Russia have a right by treaty to patrol this area, Russia began construction of a controversial bridge connecting the Crimean Peninsula, which it annexed in 2014, to the Russian mainland via the Kerch Strait. The bridge, which spans 12 miles (19 kilometers), was opened only six months ago. At just 108 feet (33 meters) high, it has restricted access to the Sea of Azov for some Ukrainian ships. Indeed, Kiev and Washington have accused the Russians of using the bridge to try to block maritime traffic and further destabilize Ukraine.

But both Russia and Ukraine have detained each other’s ships in the region. According to Radio Free Europe, Ukraine stopped a Russian fishing boat in March and ferried it over to Berdyansk, and Russia captured a Ukrainian fishing boat earlier this month and took it to Yeysk. This latest incident is just another indication that neither side is willing to back down. 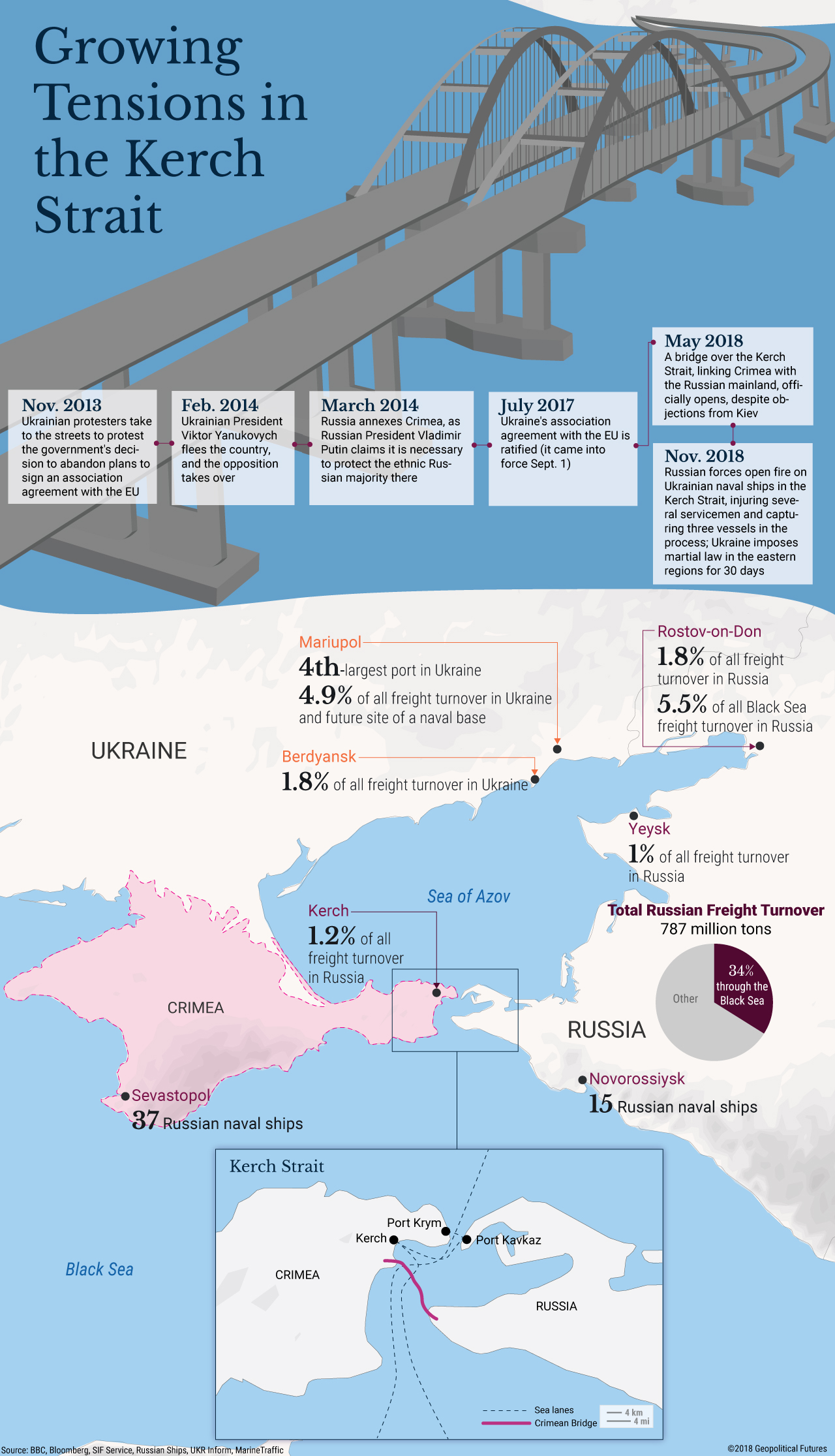