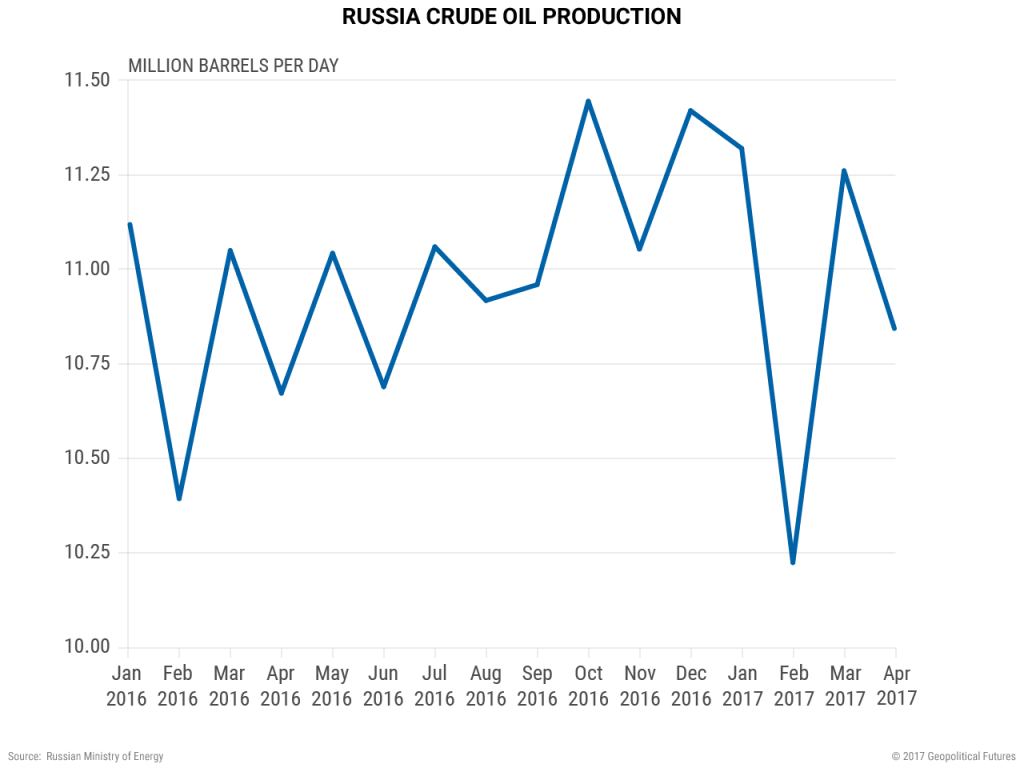 But Russia has arguably misrepresented how closely it has adhered to the December agreement. Russian Energy Minister Alexander Novak has said Russia met its promised cuts of 300,000 barrels per day. Russian Energy Ministry statistics suggest that number may even be 400,000 barrels. But decreased production and intentional cuts aren’t the same thing. There was a similarly steep drop in Russian production – 432,000 barrels per day – at this time in 2016, raising the question of whether this is just a monthly seasonal adjustment.

Russia has technically met its obligation to cut 300,000 barrels per day if the benchmark for the cuts is December 2016. But it has not met its obligations if the standard is a year-on-year comparison of cuts. As the chart above shows, Russia raised crude production in January and March 2017 when compared with the previous year. The April 2017 decrease in production, when viewed year-on-year, is just over half of Russia’s commitment to OPEC.

Russia simply can’t afford to cut production. Oil exports account for more than 50 percent of the country’s budget revenues and fuel Russia’s economic growth. Low oil prices have sent Russia into its second economic recession in less than 10 years, and it has not fully recovered from the financial crisis in 2008. The result is that Russian aggressiveness abroad and political instability at home function as the key drivers of Russia’s geopolitical situation in 2017.

The Dispensability of Allies