Last week, MSNBC’s Joe Scarborough said he had been told that Donald Trump asked a foreign policy advisor three times why the United States shouldn’t use nuclear weapons. The Trump campaign has denied the report, but even if it’s not true, there is no shortage of controversial quotes from Trump concerning nuclear weapons. In March on MSNBC, Trump suggested that if the Islamic State were to attack the U.S., he would consider using nuclear weapons in retaliation. Trump has also suggested that an American ally like Japan should start pulling more of its own weight in the bilateral relationship – and that Japan developing its own nuclear strike capability would be a desirable outcome from a U.S. perspective.

In the media, Trump has been loudly ridiculed for these suggestions. His opponent, Hillary Clinton, has suggested that a man with Trump’s temperament should not have access to the nuclear launch codes. Others from the national security establishment have characterized Trump’s comments as irresponsible and downright dangerous, suggesting they are irrefutable evidence that Trump is unfit to be president. For many, this is just the latest example of Trump going too far. But there is a deeper point here that needs a closer look.

The United States has a major strategic problem in the heart of the Middle East. The borders drawn by the French and the British after World War I have disintegrated, leaving statelets, tribal groupings and religious insurgents battling for territory. At the heart of this conflict is the Islamic State. The Islamic State has retreated from some of its less strategically important territory in recent months. Every week seems to bring news of anti-IS forces making their way to Mosul, or scoring a vitally important victory around Manbij. The stories keep coming, but the Islamic State is still there, safe and secure in its stronghold in Raqqa. It has had over two years to prepare for a defense of Mosul. Meanwhile, it is inspiring and perhaps directing terrorist attacks against Western targets throughout the world. 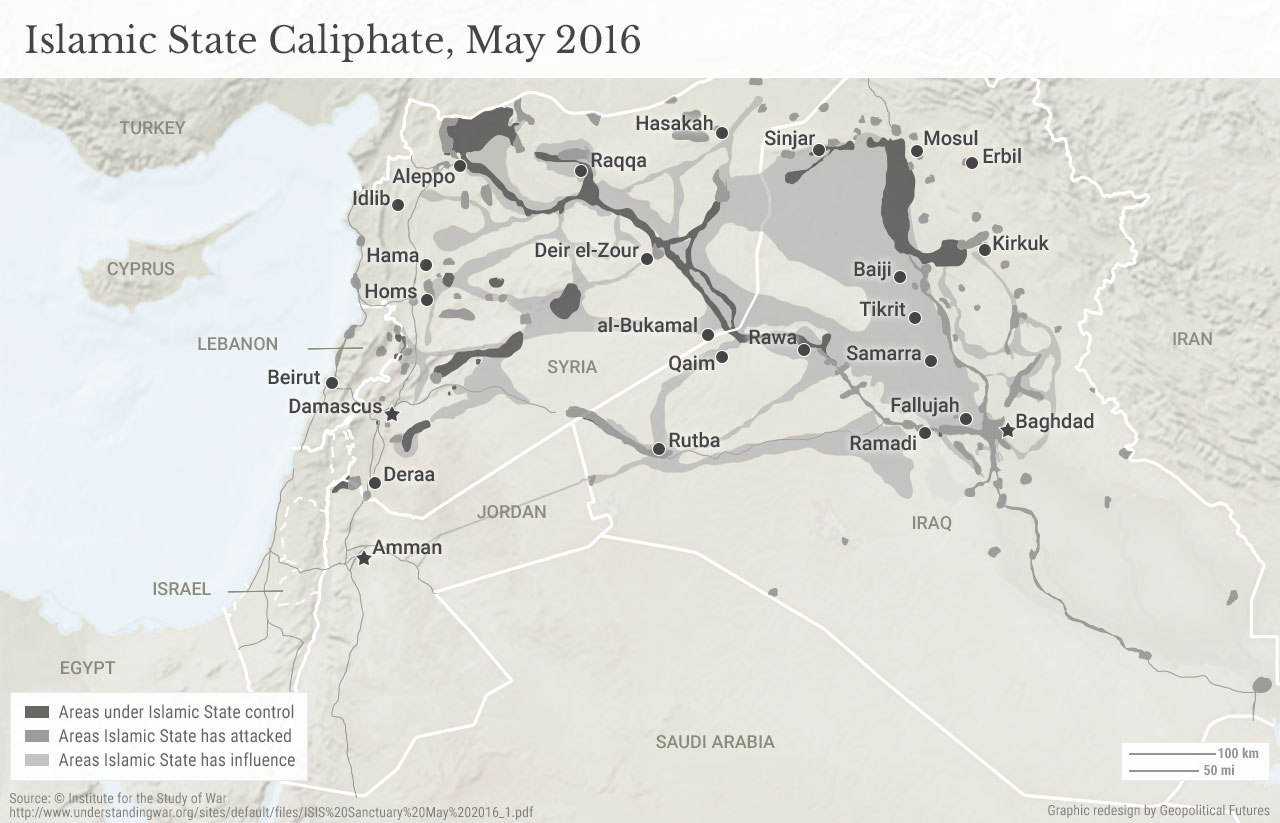 To do more than chip away at IS’ territorial holdings and keep it contained along the banks of the Euphrates in the Syrian and Iraqi deserts will take more than the current level and pace of operations. It will take a force on the ground of sufficient size and firepower to move on these strongholds. That force will have to be willing to absorb casualty numbers that would make any American today cringe. Even if a large and well-trained American force was deployed, it might incur casualties at a rate of two-thirds the entire force. For what’s left of the Iraqi army or the Kurdish peshmerga fighters, the casualty numbers might be even higher. Invading Mosul means engaging in urban warfare – going block by block, building by building, against an enemy that is entrenched, cunning and has nowhere to retreat. No one wants to invade Mosul, and I don’t blame them.

Imagine if a nuclear weapon allowed the United States to deal a deathblow to the Islamic State without having to sacrifice a single American life and without having to ask local militias and rag-tag armies to sacrifice their best and brightest. Yes, there would be a huge number of civilian casualties. But would there be fewer civilian casualties overall if a nuclear weapon was used instead of the type of full-scale war that will be necessary to dislodge IS? Two years ago, President Barack Obama authorized U.S. military force in Iraq to save Yazidis, a small ethnic-religious group in Iraq, from being killed by IS. Both the U.N. and the U.S. have characterized IS action towards the Yazidis as genocide. How many Yazidis and other civilians must die before it becomes morally justifiable to use this weapon, even if it means many innocent civilians will die as a result?

The argument against this is that it flies in the face of the way nuclear weapons have been used since 1945. The fact that both the United States and the Soviet Union had nuclear weapons – and both knew the kind of devastation that their use would unleash on both countries – meant that they would never be used. The more destructive the weapon, the more effective it was in ensuring the other side would not be willing to risk going to war. This doctrine of mutually assured destruction has held for 71 years. The idea that this might all be thrown away because an unstable personality might ascend to the U.S. presidency is reprehensible from the point of view of those who believe that the greatest value of nuclear weapons is that they deter violence.

My rejoinder to this would be that many of the scientists who worked on the development of the atomic bomb hoped that their discoveries were going to end the possibility of war altogether too, until they didn’t. Niels Bohr, one of the most famous and important 20th century physicists, hoped that nuclear weapons would be a great equalizer, whose sheer destructive force would compel enemies to cooperate to degrees never before seen in human history. Bohr, reflecting back on the world before Hiroshima and Nagasaki, wrote in 1950 that “the very necessity of a concerted effort to forestall such ominous threats to civilization would offer quite unique opportunities to bridge international divergences.” Of course, Bohr turned out to be wrong, as nuclear weapons were used, World War II was followed by a Cold War, and wars have continued to be fought throughout the world.

The main problem with attacking the Islamic State with a nuclear weapon is not that it is an asinine thought. The problem is that it won’t work. There is no silver bullet to destroy the Islamic State. You can attack a city with nuclear weapons, but you cannot nuke an idea. There is no weapon of mass destruction with enough explosive power to wipe out the memory and legacy of the tens of thousands of martyrs that would be created by a potential nuclear strike on Raqqa.

The most dangerous thing about the Islamic State is that it is simultaneously an idea and a state. You cannot separate these two things. Destroy its stronghold in Raqqa in this fashion and the ideology and the fighters will show up somewhere else – more determined, more sure of their righteous cause against the U.S. and more willing to up the ante. Every action has an equal and opposite reaction. The reaction to a U.S. nuclear strike on a place like Raqqa would be massive and would not get the U.S. any closer to the strategic objective of destroying IS or pacifying the Middle East.

Even if the United States could wipe out IS in one fell swoop and even if I am wrong that the ideology would appear elsewhere in an even more insidious form, there is another problem. The root causes of Muslim disillusionment are a lack of economic opportunity and advancement, as well as a conflict between traditionalism and secular modernity that is tearing apart the tribal and family structures that have governed the Middle East for centuries. Wiping out Raqqa would mean making a commitment to rebuild it. The U.S. has already had its fair share of adventures in nation-building in the Middle East. Another round would be no more successful and the ill will engendered by a nuclear attack would make it even more difficult.

My goal here is not to argue for or against the use of a nuclear weapon against the Islamic State in its strongholds in Raqqa or Mosul. I do not think the United States – under any president – will take such a step because it is not in the national interest of the U.S. Even so, Trump has shown an uncanny ability to put his finger on the pulse of certain issues that are important to Americans and that have not been addressed openly by the political elite. For instance, Trump was one of the first to criticize other NATO member countries for not pulling their weight in the alliance. This has resonated across the U.S. and even Obama has in the last year veered toward a more demanding stance toward NATO and what it can and should expect from the United States.

Trump sees an enemy and a weapon and is asking out loud why not use the weapon. I think that many Americans have also quietly asked themselves whether the U.S. should use nuclear weapons against an enemy like IS. It’s not an unreasonable question – and I believe the answer must be grounded in understanding U.S. interests, and not laughter and mockery.

The State of Central Asia