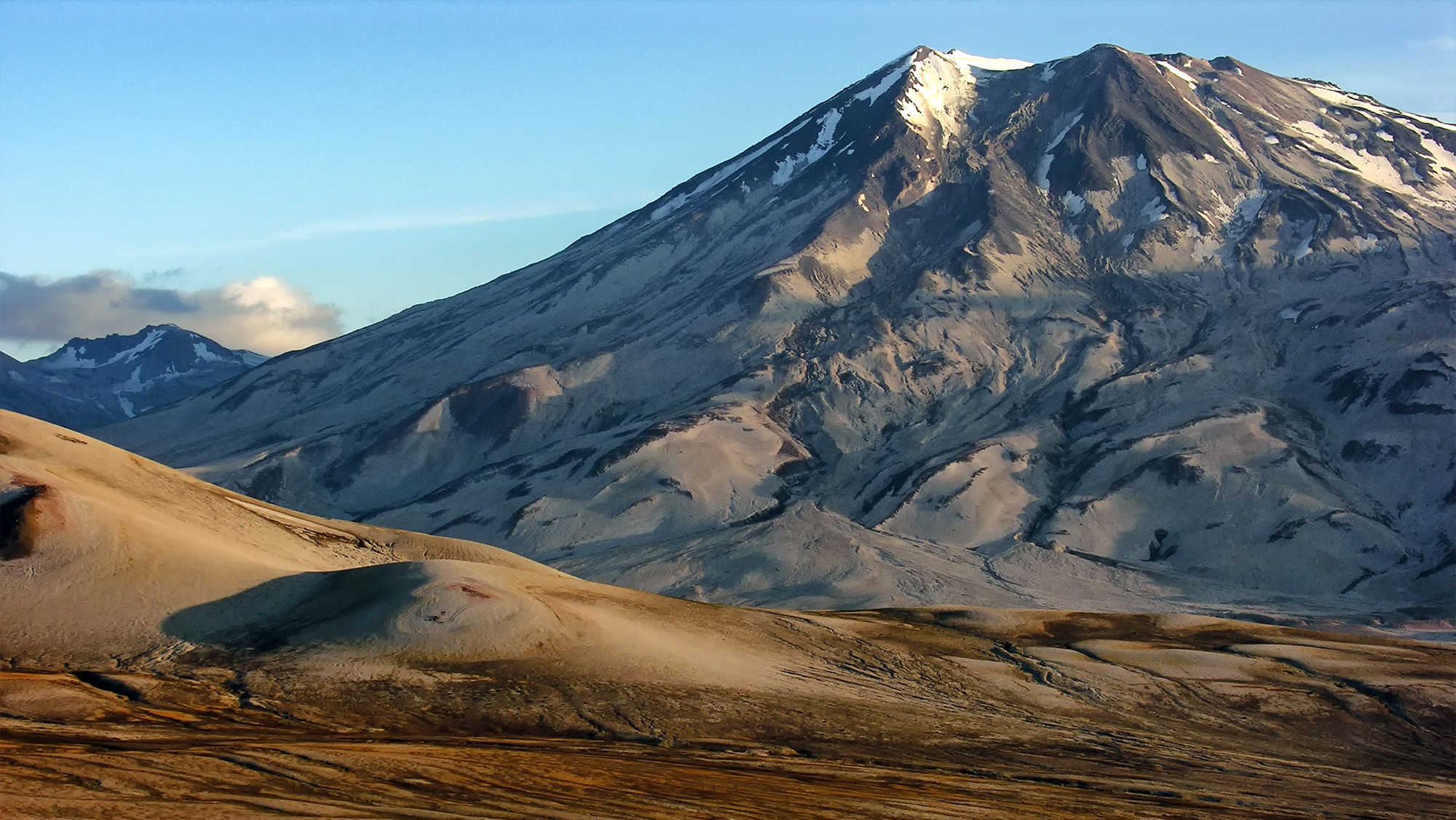 In the coming year, the United States will adopt a new strategy towards the Islamic State that depends on existing viable nations in the Middle East to deal with the terrorist group. The four major states in the region that surround the territory of IS – Turkey, Iran, Saudi Arabia and Israel – do not want to engage in the conflict but the U.S. will attempt to induce at least one of them to assume the burden of defeating IS and stabilizing the region. We expect that Turkey will be the one compelled to take action to defend its interests in Syria, with the support of the Americans. We also anticipate that the U.S. will help broker a settlement on Ukraine and recruit allies along the Russian border.

Europe faces several challenges in 2016. We forecast that the economic crisis will move from Greece to Italy, as Italy is forced to deal with high unemployment and mounting loans. Europe’s refugee crisis, complicated by the recent terrorist attacks in Paris, will also deepen. The solution to this issue would be to create a single refugee policy and a force that can patrol Europe’s external borders. However, this undertaking will be too large for member states, which do not want the responsibility of patrolling the borders of weaker countries, such as Greece and Hungary. These two crises, as well as Europe’s failure to take the lead in brokering an agreement on Ukraine, represent the fragmentation that will dominate Europe in 2016.

As for Russia, it will agree to a settlement on Ukraine, whether formal or informal. Although the structure of the agreement is unclear, the conflict will be diffused. However, Russia’s ultimate goal is to ensure its neighboring European countries, including Ukraine, remain neutral. Therefore, it will build up its military and the U.S. will be forced to continue to strengthen the containment line.

In Asia, China’s current growing dictatorship will moderately intensify, as will the underlying economic problems that have already begun to surface. The Chinese government will use its incursion into the South China Sea to convince its people that the country is a major regional power, however, no confrontation will result. China will take measures to control its economic imbalance, which will have consequences for economies dependent on exports to China.

The Middle East will be consumed with the problem of dealing with the Islamic State group in 2016. We expect IS to expand its activities in countries such as Saudi Arabia, Egypt, Yemen and Libya. The group may also expand its reach beyond the Arab world to sub-Saharan Africa and southwest Asia. However, its focus will be to defend its core territory in Syria and Iraq, where it will be able to hold on to most of the areas it currently controls and even push into areas that are either held by the regime of Bashar al-Assad or by rival rebel groups. The United States, which has underestimated IS’ capability, is unlikely to yield any desired results in 2016. As mentioned above, Turkey will be forced to deal with the Islamic State, as the fighting could spill across its border.

We also anticipate some changes in countries on the periphery of the main stage of global affairs. Latin America will continue to endure and confront the negative financial impacts brought on by slowing Chinese demand, a stronger American dollar, economic reliance on raw materials exports and low commodity prices. The region’s major left-leaning economies, namely Argentina and Brazil, will start making gradual political and economic reforms towards more center-right policies, such as opening up trade and gradually reining in public spending. These reforms will make these countries more attractive destinations for foreign direct investment in 2016. However, Venezuela will be an outlier in the region, as its economic and political volatility will continue into next year. In Africa, China’s economic slowdown will negatively impact some countries on the continent. In addition, some African countries are experiencing the effects of declining prices for oil and other commodities. However, a bright spot seems to be East Africa, where growth rates are high. Overall, we foresee no significant political transformations on the continent in 2016.

Highlights of Our Main Forecasts:

• The United States will continue to shift its strategy in shaping global affairs from primarily using its own military force to promoting a balance of power within regions.

• The U.S. relationship with Iran will strengthen regardless of the future of Iran’s nuclear program.

• The U.S. will not engage in Ukraine but will encourage a balance of power between Russia and Europe. The Russians and the Americans will also reach an implicit or explicit settlement in 2016 regarding the conflict in Ukraine.

• Instability in Eurasia will intensify.

• The economic crisis, refugee crisis and now the concern over terrorism following the attacks in Paris will change the face of the European Union by forcing the EU to limit the movement of people in 2016 and the movement of goods later. Member states will increase their autonomy and the EU’s power will be diminished.

• Germany has been dealing with the financial crisis in Greece by forging deals that the Greeks cannot and will not abide by. In 2016, the epicenter of this crisis will likely shift from the Greeks to Italy, which is facing increased problems with non-performing loans.

• In China, the growing dictatorship of the Chinese Communist Party will moderately intensify and China’s underlying economic problems will also grow, with spasmodic crises occurring.

• The disputes over the South China Sea will not lead to significant conflict in 2016. However, the Chinese government will continue to use this issue to convince its population that it is still a dominant player in the region, despite slowing growth.

• The Islamic State’s main focus will be to defend its core turf in Syria and Iraq, where it will be able to hold on to most of the areas it currently holds and even push into areas that are either held by the Bashar al-Assad regime or by rival rebel groups.

• Turkey will take a more active role in Syria to protect itself, with the support of the United States. The process will not be a sudden, overwhelming move into Syria, however, we expect a slow but steady increase in Turkish operations.

• Similarly, the Turks, concerned by the Russian presence in Syria and other issues including the decline in the global price of energy, will move closer to the United States and more hostile to the Russians. Next year will see the emergence of Turkey as a regional power in the Middle East.

• In Latin America, governments will move towards the center-right, which will produce the secondary effect of making these countries more attractive destinations for foreign direct investment.

• The Americans will try to induce at least some Middle Eastern nations to assume the burden of defeating the Islamic State and stabilizing the region. However, none of these countries will become so powerful as to dominate the region because they will balance each other out.

• The United States will seek to limit Israeli actions against the Islamic State in order to avoid generating a unified response in the Islamic world in support of IS.

• In the South China Sea, the U.S. will bring forces to bear as a demonstration against China’s incursion but avoid engagement.

• Following a settlement on the Ukraine issue, the United States will continue to deploy its resources and support to European countries from the Baltics to the Black Sea.

• American allies bordering Russia will fear a compromise with Russia on Ukraine could be a preface to a Russian-dominated Ukraine. However, Germany will be delighted to have the additional fear of a confrontation to its east eliminated. The rest of Europe, preoccupied with other problems, will be indifferent.

• This will be a year of great difficulty for the periphery of East Asia. Industrial exporters and mineral exporters will suffer the consequences of depending on China, where the once booming economy is now in question.

• In Central Asia, protests over weak currencies and job cuts may take place, but the economic downturn will not threaten Central Asian regimes, which have proven successful at using a mix of incentives and coercive tools to maintain power.

• In 2016, India will see counter-cyclical economic success, as compared to the rest of Asia and the other BRICs. Hindu Nationalism and India’s other historical divisions will not lead to major unrest.

• Islamic State will expand its activities in countries such as Saudi Arabia, Egypt, Yemen and Libya.

• IS will increase its presence beyond the Arab world in sub-Saharan Africa and southwest Asia.

• American efforts against IS are unlikely to yield the desired results in the coming year. It is possible that IS could suffer tactical setbacks but strategically dislodging it will be extremely difficult.

• Israel will continue to experience a moderate level of violence without changing its strategy.

• Saudi Arabia will continue to test its strength without taking undue risks.

• North Africa will continue to seethe without dramatic change.

• In Latin America, 2016 will not be a breakout year, but it will be a year of redefinition, as governments move away from leftist policies, setting the stage for a potential surge in the region.

• Latin America will confront the negative financial impacts brought on by simultaneous slowing Chinese demand, a stronger American dollar, economic reliance on raw materials exports and low commodity prices. However, it will endure these challenges.

• Latin America will have one major outlier in 2016 – Venezuela. The country is an outlier due to the extreme, and often volatile, economic and political turmoil facing the country. This plight will continue into next year.

• Venezuela’s government will most likely be in gridlock given that the opposition will be faced with the dual challenge of confronting President Nicolas Maduro and maintaining unity in the opposition coalition.

• The economies of the East African countries of Ethiopia, Kenya and Tanzania will be a bright spot in sub-Saharan Africa.

• Though there may be smaller shifts, there will be no transformative changes in sub-Saharan Africa’s political situation in 2016.

• The price of coal, iron ore and other industrial minerals may experience more rapid recovery than oil but not until Europe solves its structural problems and certainly not in 2016.