Russia has gone to great lengths since the Soviet Union’s collapse to keep Chechnya, the majority Muslim, restive, semi-autonomous state in the Northern Caucasus, under control. Around the turn of the century, Moscow was able to link up with a family, the Kadyrovs, capable of restoring a semblance of order. But now the Kremlin’s grip on power at home is slipping away, and allocating the time and resources needed to ensure Chechnya’s stability is becoming untenable. The Kadyrov regime has had to find its own solution: letting Islam trickle into Chechnya’s politics. It’s a solution that will work to the advantage of jihadists.

After the Soviet implosion in 1991, Chechnya, then part of the Chechen-Ingush Autonomous Soviet Socialist Republic, declared its independence from Russia and split from what would become Ingushetia. Russia launched the First Chechen War in 1994, lasting until 1996, in an effort to regain sovereignty over the area. But it was not until the Second Chechen War, which began in 1999 and lasted for the better part of the 2000s, that the Kremlin retook control. It was then that Moscow gained the loyalty of Akhmad Kadyrov, the former mufti of the short-lived independent Chechnya. He became president of the Russian-controlled Chechen Republic in 2003.

During the rebellion, however, three factions had emerged: nationalists, Islamists and jihadists. Over the years, the nationalists lost influence, and transnational jihadists with ties to al-Qaida took center stage in the fight against Russia. Jihadists assassinated Akhmad Kadyrov just seven months into his presidency. His son and logical successor Ramzan Kadyrov was, according to the Chechen Constitution, too young to hold office, so for three years another pro-Russia politician, Alu Alkhanov, served as president. In 2007, President Vladimir Putin appointed Ramzan Kadyrov, then 30, to the presidency.

By this time, the Russians had degraded the jihadist threat in the region, but certainly not without luck. A great deal of Chechen jihadists had voluntarily left the region to fight in the Middle East and Central and South Asia. In recent years, Chechens have emerged as a key element of the Islamic State’s jihadist regime in Syria and Iraq, even serving within the leadership ranks. The occasional Chechen terrorist attack still occurs at home and even in Russia proper, but by and large, Putin and Kadyrov’s direct and close relationship has ensured stability. Kadyrov has even sent some of his government’s security forces to assist Russia with its intervention in Syria.

But as Geopolitical Futures has discussed, Russia is in a state of decline. One of the immediate implications of this trend is a diminished ability by the Kremlin to manage its territories and influence countries in its periphery. Chechnya, which is already a major challenge for the Russians, is the most significant area poised to descend into chaos. From the capital of Grozny, Kadyrov’s clan has been the tool through which Russia has held Chechnya – and the broader North Caucasus – together. This region is highly susceptible to jihadists, who would be the first to try to take advantage of any opening in the system.

The delicate peace in Chechnya could be upended if serious challenges to Kadyrov’s authority were to emerge. The challengers who could do it, from rival clans to jihadists, already exist. What would accelerate this process is if Kadyrov were no longer able to rely on Moscow’s support, whether because of a disagreement or an inability on the Kremlin’s part to come to Kadyrov’s aid. The other Russian regional governments are doubtless watching with apprehension; Moscow’s diminishing power creates opportunities for them to assume greater independence, but it also creates opportunities for their enemies, internal and external.

Meanwhile, Putin himself is under a lot of pressure from the Russian political and military elite because of the degradation of Moscow’s power. This has led to a situation in which the Kremlin is unable to coherently attend to issues like managing Chechnya. Igor Sechin, the chief of Russian oil giant Rosneft, is at odds with Kadyrov over control of Rosneft’s assets in Chechnya. It is not in Putin’s interest to see this issue fester, but he has been unable to get Sechin to cooperate. Managing Chechnya is hard enough for Moscow without elites in Russia undermining Putin. 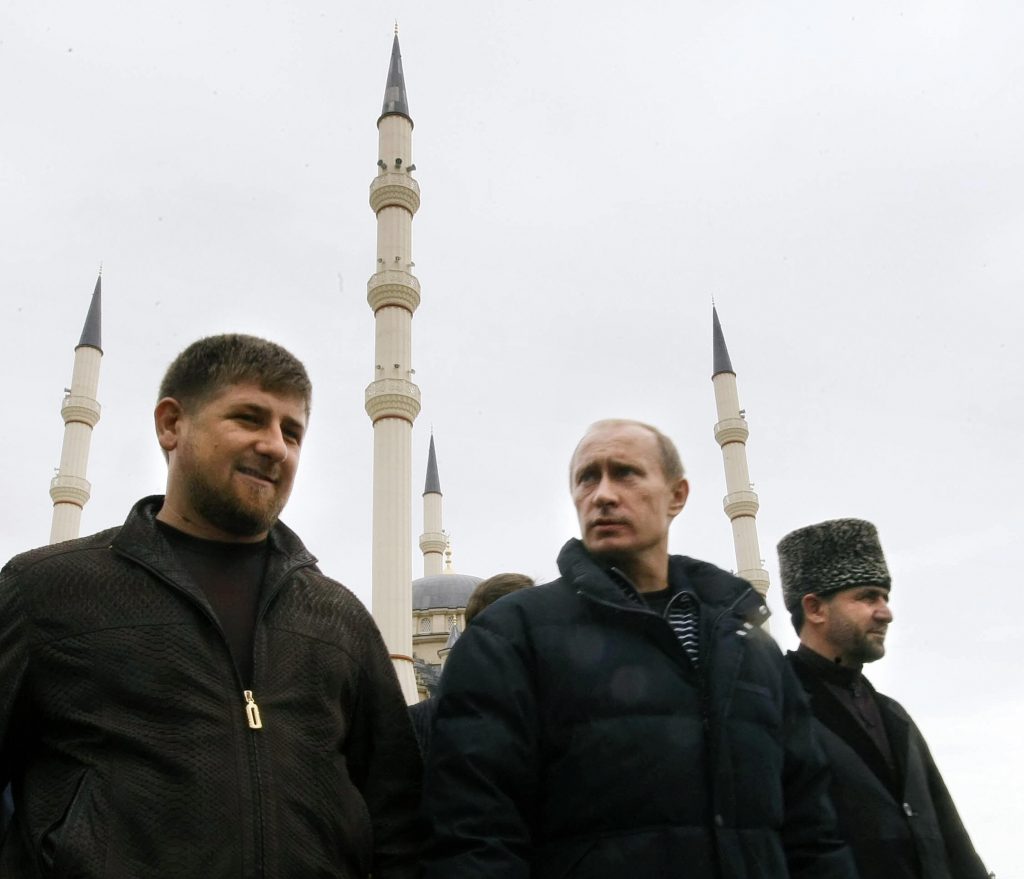 Separately, there is the controversy over Chechnya’s persecution of homosexuals. Here again, Putin has been forced to get involved personally. Normally this is not something that Putin would be concerned with, and he is no champion of gay rights. But the negative attention the issue has received in international media has been enough that Putin has been urging Kadyrov to back off. Kadyrov denies that he is involved in the crackdown, which has led to the deaths of a dozen people and imprisonment of at least a hundred others. In fact, Kadyrov claims that there are no homosexuals in Chechnya given its Muslim tradition.

But this is merely the tip of the iceberg when it comes to upholding Islamic religious norms. Kadyrov has positioned himself as the defender of the Islamic faith in Chechnya, enforcing dress codes for women, encouraging severe punishments for co-mingling of the sexes and supporting polygamy. Under normal circumstances, promoting religion would irk Kadyrov’s masters in the Kremlin. Moscow has been silent, however, because both governments recognize that now is not the time to provide fodder for jihadists – not when Russian resources are spread thin and transnational jihadist groups are spreading throughout the world.

But the problem with pandering to religion (and this extends to many, if not most, Muslim-majority areas) is that radical Islamists are the ones who benefit most. In an ironic twist, the Muslim governments that employ religion to preserve stability usually create the outcome they sought to avoid by legitimizing and giving voice to the jihadists. In Chechnya’s case, religion is unlikely to compensate for the problem hardwired into the Kadyrov regime, which is that it is a Russian creation.

It is true that Russia needs Kadyrov in power to oversee Chechnya. The reverse is equally if not more true; without the Kremlin’s support, Kadyrov could not keep dissidents at bay and sustain his fiefdom. But as Russia’s ability to help manage the area wanes, jihadist forces and other rivals of Kadyrov will try to exploit it. Just as the Soviet Union at the end of the 1980s could no longer project power into its peripheral regions, leading to the secession of its republics in the Baltics, Caucasus and Central Asia, a weakened Russia will not be able to keep its grip on Chechnya and the wider North Caucasus. Left to its own devices, Chechnya is bound to devolve into factional warfare. And this is where jihadists, with their propensity to rally people around religion, are likely to benefit the most.