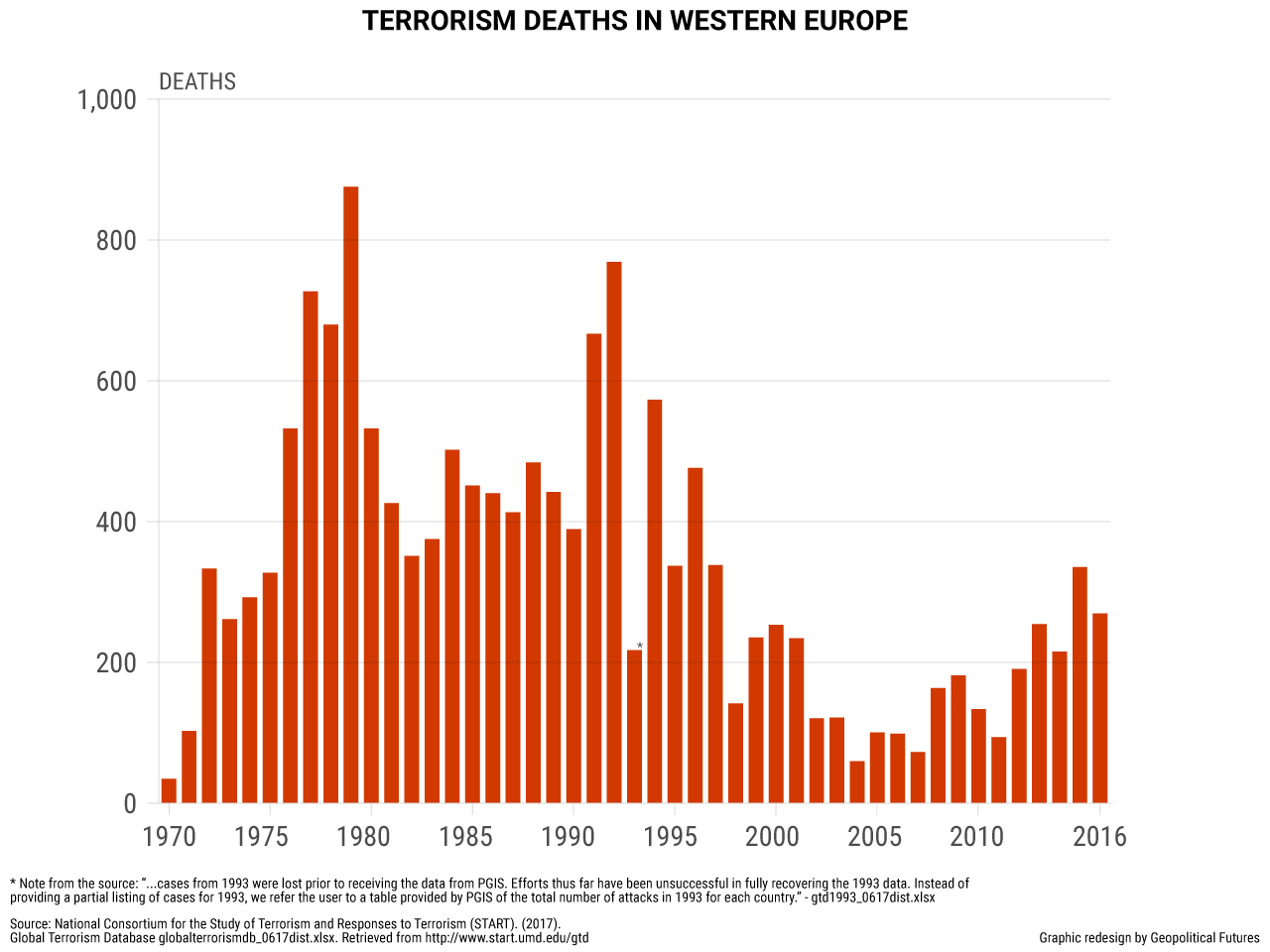 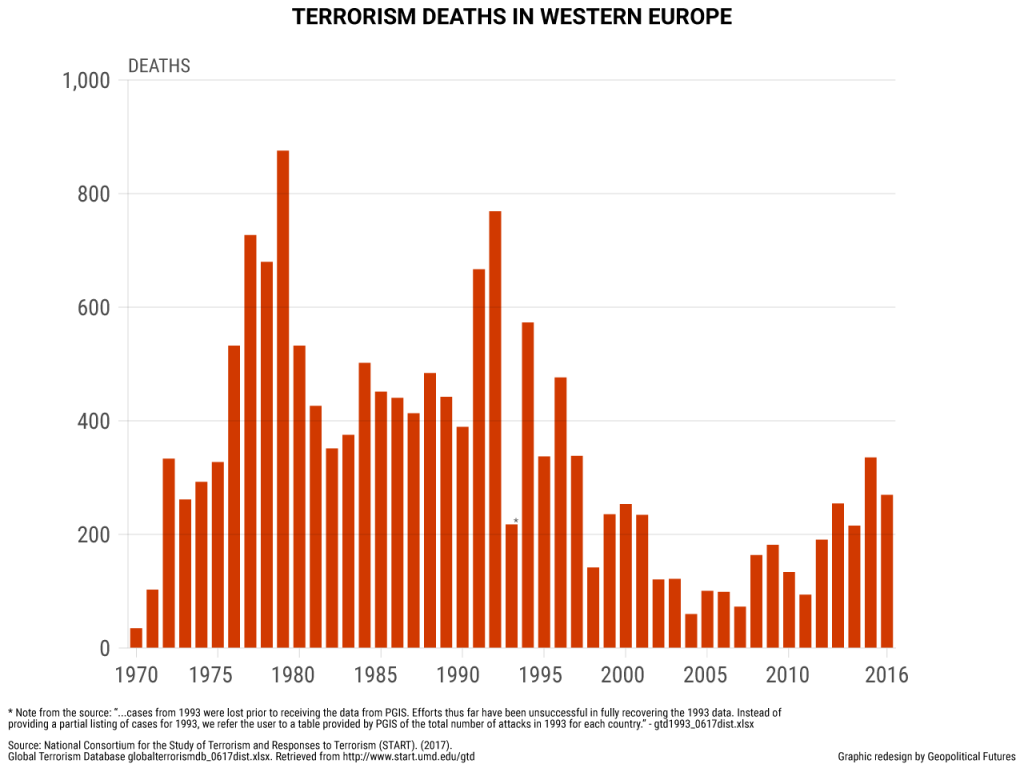 What happened in Spain last week, however, is not just about trends in terrorism on the European continent. The attacks in Barcelona and Cambrils did not just occur in Spain. They occurred in Catalonia, a region of Spain that may not be a region of Spain for much longer.

Months ago, the Catalan government announced plans to hold an independence referendum on Oct. 1 against the expressed wishes of the Spanish government in Madrid. The issue is simple, if not easy. Spain thinks Catalonia is part of the Spanish nation. Catalonia is not sure, and a significant faction of Catalans, invoking the virtues of self-determination, want to decide as much for themselves. Fair enough, but this is the kind of environment in which the Islamic State’s tactics thrive.

Spain does not belong to Europe, at least in the opinion of the Islamic State. Spain is a Muslim land. The Moors ruled this area, known to them as al-Andalus, intermittently from the 8th century to the 15th century, when they were at last driven out entirely. The Islamic State sees Spain as a place to be reclaimed. With the Islamic State’s caliphate shrinking, surrounded as it as on all sides by enemies in the Middle East, it needs to inspire its rank and file. Successful attacks, especially in lands it used to control, fit the bill perfectly.