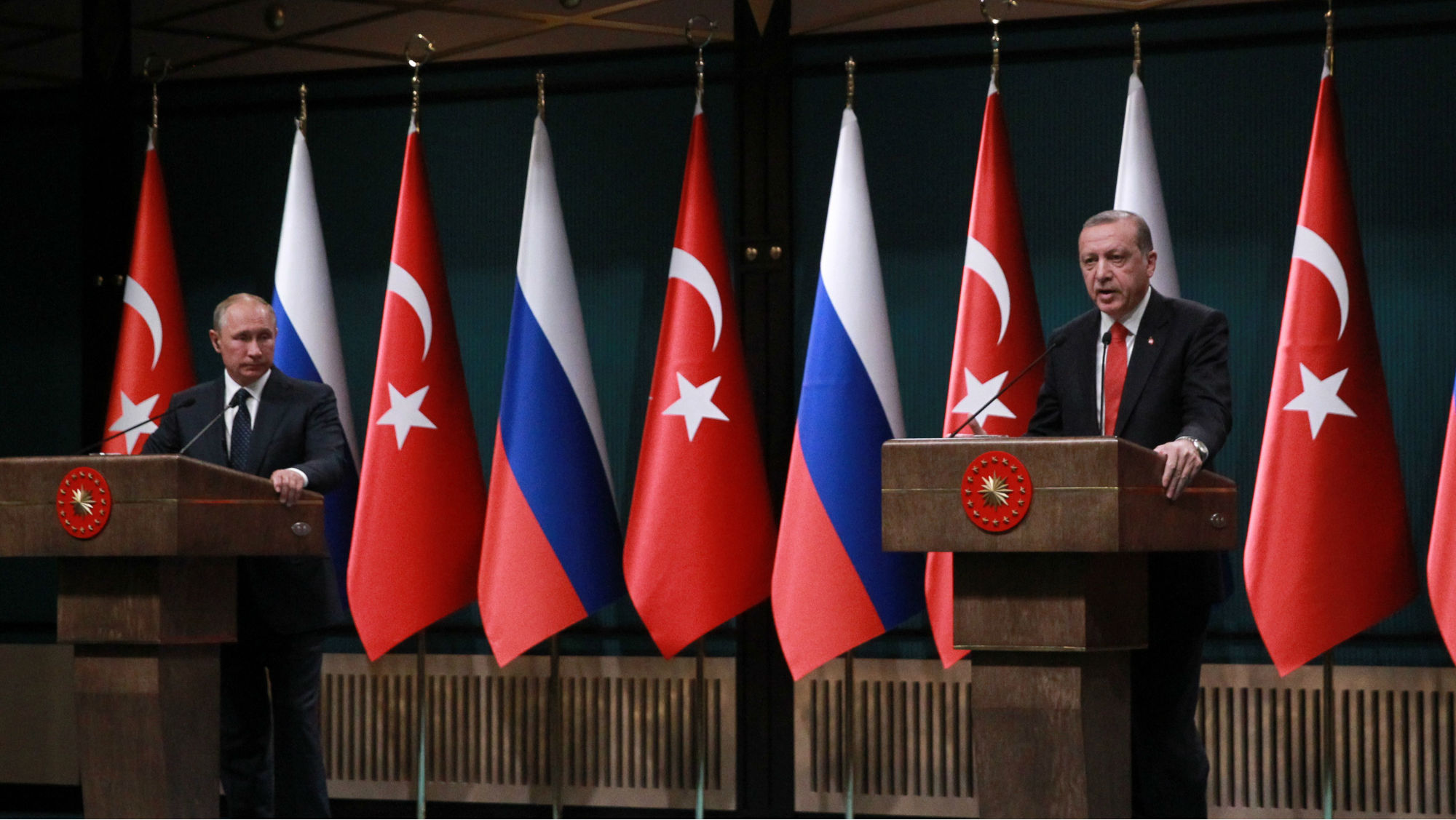 Russia’s military said Dec. 4 that it was providing air support to Syrian militias, including the Kurdish People’s Protection Units, or YPG, fighting the Islamic State in Syria. So far, there has been no public response from the Turkish government – an odd move considering Turkey’s historical opposition to any support for the Kurds.

Ankara considers the Kurdish rebel group operating in Turkey, called the Kurdistan Workers’ Party, or PKK, one of its top security threats. With the disintegration of Iraq and Syria, Kurdish groups have become more assertive, and Ankara cannot allow that to continue. Turkey sees the YPG as an extension of the PKK, and so it opposes both, fearing that supporting one could embolden the other.

We can therefore be fairly certain that Turkey disapproves of Russia’s support for the YPG. The Turkish government has been extremely vocal about its opposition to the United States’ alliance with the YPG as part of its anti-Islamic State coalition. The difference of opinion over the role of Syrian Kurds in anti-IS operations led to strained U.S.-Turkish relations. This is why the lack of a Turkish response to the Russian announcement is so odd. Why would Turkey stay silent this time, when it has so publicly opposed the cooperation of any of its allies with Kurdish groups in the past? 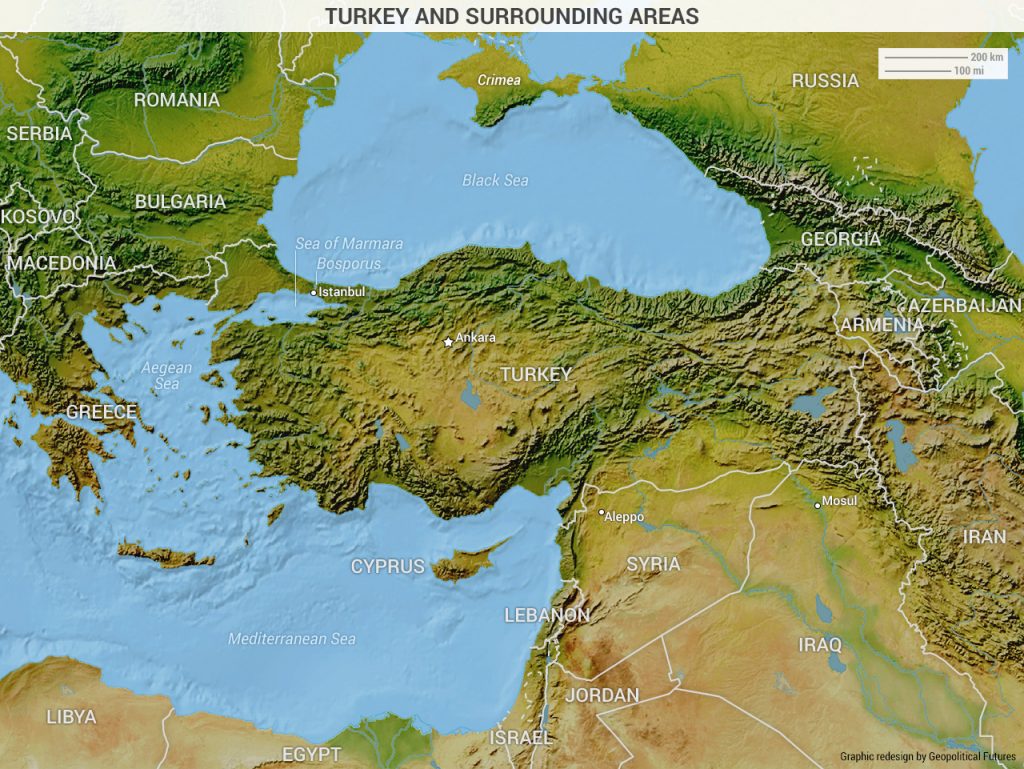 There are two possible explanations. First, Turkey has more important matters to address. The Russian airstrikes took place east of the Euphrates River on the outskirts of Deir el-Zour, which is roughly 170 miles (270 kilometers) from the Turkish border. Much closer to home, however, is Afrin, a Syrian region on the Turkish border controlled by the YPG. Turkey needs to expand its military operations to Afrin to limit Kurdish control in areas along its border. It began amassing military forces there three months ago, although no major offensive has commenced so far. Turkish President Recep Tayyip Erdogan and other Turkish leaders have been claiming they’re going to hit Afrin “any day now” for the past two months. They likely want to stay focused on this rather than formulating a response to the Russian airstrikes.

The second possible explanation is that confronting Russia now would come at a cost greater than Turkey is willing to pay. In mid-September, Turkey, Iran and Russia agreed to set up de-escalation zones in Syria’s Idlib province, where, under the deal, each country controls one of three zones. This arrangement reflects the interests of each of these countries in managing Syria after IS has been defeated and the civil war is over. But since November, Russia and the U.S. also have appeared close to an agreement that would involve implementing new deconfliction zones in Syria. These would be distinct from the de-escalation zones previously agreed upon by Russia, Iran and Turkey. Turkey cannot risk angering Russia and pushing Moscow toward an agreement with the U.S. that excludes it. Furthermore, given that Turkey is currently at odds with the United States over the Kurdish issue, it cannot afford to pit itself against Russia at the same time.

Turkey and Russia have competing fundamental interests in the Black Sea and the Caucasus as well as Syria. The Bosporus is a strategic chokepoint connecting the Black Sea with the Mediterranean Sea. Both countries want control over this narrow waterway – or, at the very least, they want guaranteed access to it. They are also competing for power in the Caucasus, which serves as a buffer between Russia and Turkey. This competition makes a long-term alliance between the two countries impossible. That, of course, doesn’t mean Turkey and Russia can’t come to an understanding on issues in which both have similar interests, but their rivalry in these key regions creates a tension that is hard to overcome.

With this context, it is easier to understand why Moscow conducted airstrikes knowing full well it would anger Turkey. Moscow wants to be seen as a major power broker in the Syrian conflict, in part so that it can limit Turkey’s role. To this end, it also now plans to maintain access to military bases in Syria. Ultimately, it wants to prevent Iran and Turkey – two regional powers that can challenge Russian interests in the Caucasus, Black Sea, Caspian Sea and other areas – from becoming the strongest players in the region. Gaining a foothold in the Middle East gives Russia the ability to shape the future of Syria and gives it leverage over its rivals in the region.

Turkey might appear to be letting Russian assistance for the Syrian Kurds slide, but do not mistake silence for acceptance. In early November, Turkey expressed its dismay that Russia had invited Kurdish groups to join Syrian peace talks. It was also only two years ago that Turkey shot down a Russian warplane near the Syria-Turkey border and blocked Russian ships from passing through the Bosporus. Silence is part of Turkey’s strategy, but only temporarily. Ankara will ultimately need to pursue its own interests – chief among them to weaken and contain the Syrian Kurds – and it cannot afford to remain silent in the long run.