Richard Moore, who heads Britain’s foreign intelligence service, or MI6, was quoted in the Sunday Times as saying that “Russia is an objectively weakening power in economic and demographic terms.’’ In President Vladimir Putin, the statement touched a nerve. Responding to a question about the statement at the St. Petersburg International Forum, he said:

“You mentioned that the new head of MI6 gave such assessments, but he is new and a young leader in that sense. I think he will gain experience, and he will change his assessments. This is first. Second – if Russia is a weakening power, then why worry? If this is the case, keep calm and don’t worry about this, and don’t deteriorate Russian-British relation[s]. And if you don’t interfere, then a trend that is gaining strength will continue. Great Britain is among the few countries in Europe, and in the world, with which we have maintained a good pace of development of economic ties. Even during the past pandemic year, when our trade volume shrank with many countries in the world, with Great Britain it rose by 54%. This is a record high figure. So, if you don’t interfere, then everything will be all right and probably, with the help of mutual trade, from a weakening country Russia will transform into a thriving state. We would very much like for Russian-British relations to facilitate this process.”

The statement reflects several possibilities. One is that his comments were mistranslated. The problem is that I can’t find any denial of the translation. Another is that he was being sarcastic. Though tempting, I think Putin is savvy enough to know that sarcasm from a world leader doesn’t usually translate well. Given that I think Moore’s assessment is correct, and the point made is that Moore should be more supportive of British-Russian trade relations, Putin seemed to be conceding the point: that he recognized Russia’s real and ongoing economic decline and the need for robust trade with Britain.

I laid out my model for Russia in “The Next 100 Years,” which I wrote in 2007 and was published in January 2009. I argued that Russia would have to become more aggressive in its efforts to contain Western incursions into the buffer spaces of the former Soviet Union. The first step of that process was the Russo-Georgian War of 2008, a relatively mild event. The overthrow of the pro-Russia government in Ukraine a few years later, and its replacement by a pro-West regime, created a fundamental shift in Moscow that is being played out now in Belarus, the South Caucasus, Moldova and of course Ukraine itself. In my analysis then and now, Russia could not accept the geographic and political realities that the fall of the Soviet Union created and would become increasingly aggressive within the former Soviet Union and in a more limited sense globally, as in Syria. 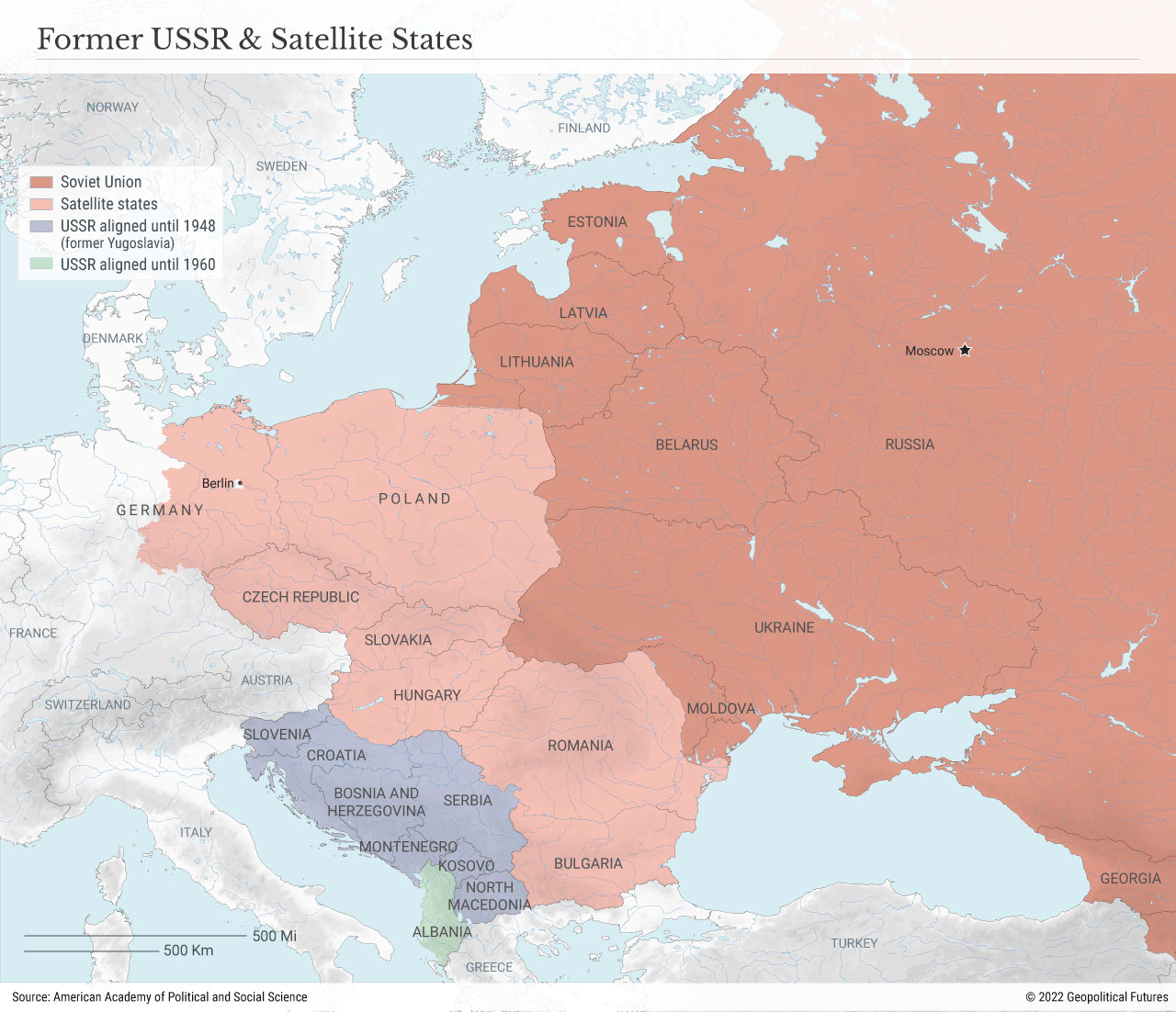 The problem Russia would have is the problem encountered by the Soviet Union. As politico-military actions increased, the cost of defense spiraled. That spiraling cost collided with the fact that Russia failed to create a modern economy. The center of gravity of Russia’s economy is the production and sale of energy – exports account for about 30 percent of Russia’s gross domestic product, and about 40 percent of its exports are energy – but it doesn’t control the price of energy or the associated whims of the market, which can inflict major damage on the economy.

This is what broke the Soviet Union. On one hand, it had to finance a massive military capability. On the other hand, a large part of its economy derived from the export of a single commodity. This is the definition of a developing economy: dependence on a single commodity. The Soviets had a developing economy while paying for a developed military. This limited the possibility of economic development outside of defense and energy, and limited social development.

The same fundamental process is underway today. Geopolitically, Russia had to transform its military from the rubble of the 1990s into a force capable of restoring its former borders (at least effectively if not formally) and cope with a possible response from the United States. At the same time, its ability to create a balanced modern economy was limited by the outflow of capital, thanks to the rise of the oligarchs and the arrested development of a large, technically proficient middle class. Russia never had the breathing room needed to first build a modern economy and then deal with geopolitics. It has been forced to resort to the old standby – energy – whose pricing is Russia’s great unknown.

In “The Next 100 Years,” I forecast a period in which Russia would become more assertive, followed by a period of increased economic weakness and social disappointment. The fall of the Soviet Union failed to deliver what Russia has always longed to be: a modern European country. It remains a significant military power but one that is not strong enough to impose its will by direct force because it cannot alienate countries like Britain that could deny it access to their markets. Like the Soviets of the 1980s, the Russians are trapped between geopolitical necessity and economic reality, and in my opinion, we are entering a period in which the contradiction will be less and less sustainable.

Putin obviously understands as much, and he understands that the countries that matter to him understand as much too. He had to dismiss Moore, the head of MI6, as an inexperienced kid but could not deny anxieties over the possibility of declining trade with Britain. He may have intended to sound sarcastic, but he could not avoid expressing the truth. Russia needs a robust economy to pursue its geopolitical imperatives, but it doesn’t have one. And it can’t afford MI6 making life harder for it. But MI6 is not Russia’s problem; economic reality is its problem.