Two months ago we indicated that there are serious signs of trouble brewing for Germany’s largest bank, Deutsche Bank. Now, there are growing indications that Deutsche Bank’s crisis is escalating, while the country’s second largest bank, Commerzbank, is struggling and Germany’s banking sector as a whole is facing increasingly grim prospects.

Reports emerged earlier this week in German media that Deutsche Bank and Commerzbank had held talks about a potential merger. On Aug. 31, Deutsche Bank CEO John Cryan quickly dismissed the idea that his bank is seeking a merger. While we do not know the content of the exploratory talks between Germany’s two largest banks, the fact that meetings were held at all about a potential merger signals that Germany’s banking troubles are accelerating.

Together Deutsche Bank and Commerzbank represent what used to be the Big Three banks, which, after their foundings in the 1870s, helped build German industry and support its export-oriented economy. While the banks are not as dominant in the German economy as in past decades, they are still financial giants, with Deutsche Bank formally categorized as one of the world’s 30 systemically important banks. These banks are subject to special regulatory oversight due to their disproportionate ability to impact the world’s financial system.

The report of merger talks between Deutsche Bank and Commerzbank is the latest in a series of ideas floated by bankers as Germany’s top lenders desperately search for ways to cut costs and improve profitability. These plans have ranged from the expected – such as restructuring and job cuts – to highly unconventional measures. For example, in June, Reuters cited anonymous sources as saying that Commerzbank was exploring the option of hoarding billions of euros in vaults as a way of avoiding paying a penalty to the European Central Bank due to negative interest rates.

For Deutsche Bank and Commerzbank, a merger could help cut costs while reducing the intensity of competition in the banking sector. German policymakers and bankers have long advocated for more consolidation in the country’s expansive banking sector. In fact, Commerzbank became the second biggest bank in Germany in part through a merger with Dresdner Bank in 2008. And despite dismissing the report of a merger with Commerzbank, Cryan has publicly called for more consolidation in Germany’s banking industry.

As the German financial community began assessing reports of the merger talks, Felix Hufeld, the head of German financial watchdog agency BaFin, warned that merging two weak banks does not usually create a strong one. He pointed out that banking mergers are no panacea for the problems confronting the sector.

The German banking sector is increasingly under pressure for two main reasons. First, German banks are relatively inefficient. The banking sector is bloated, with nearly 2,000 lenders and tens of thousands of branches. According to a study by Moody’s, German banks’ costs in 2015 equaled 73 percent of their earnings, while the average in the eurozone was 64 percent. German lenders struggle with high costs and intense competition in the domestic market and therefore see low profit margins.

This weakness has been compounded by a second factor: low and negative interest rates. Many German lenders are used to depending on interest rate margins for income while offering some services to depositors at low or no cost. As a result, low interest rates have significantly eroded banks’ ability to make money. In fact, it has become difficult for German banks to incentivize customers to keep their money in financial institutions. Demand for gold has increased, while Germany’s biggest manufacturer of home safes, Burg-Wächter, reportedly saw a 25 percent increase in sales of safes in the first half of 2016 compared to a year earlier, as some Germans opt to keep more cash at home.

For Deutsche Bank and Commerzbank, the long-standing inefficiencies and intense competition of the German banking sector, coupled with the new challenge of declining interest rates, has already led to serious financial difficulties. Deutsche Bank’s net profit fell 98 percent in the second quarter of 2016 compared to the same time last year. Moreover, Commerzbank’s net profit declined by about a third. 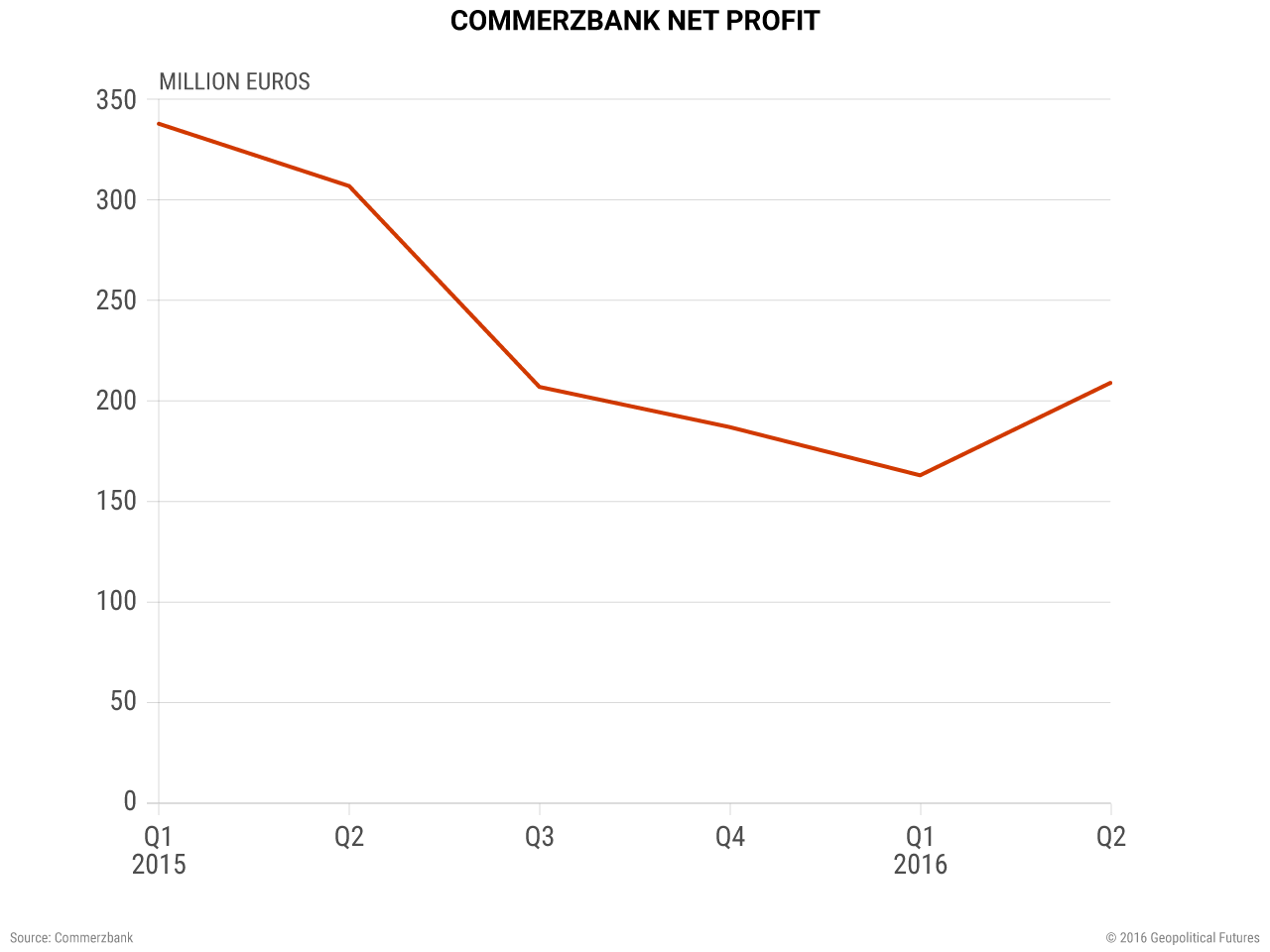 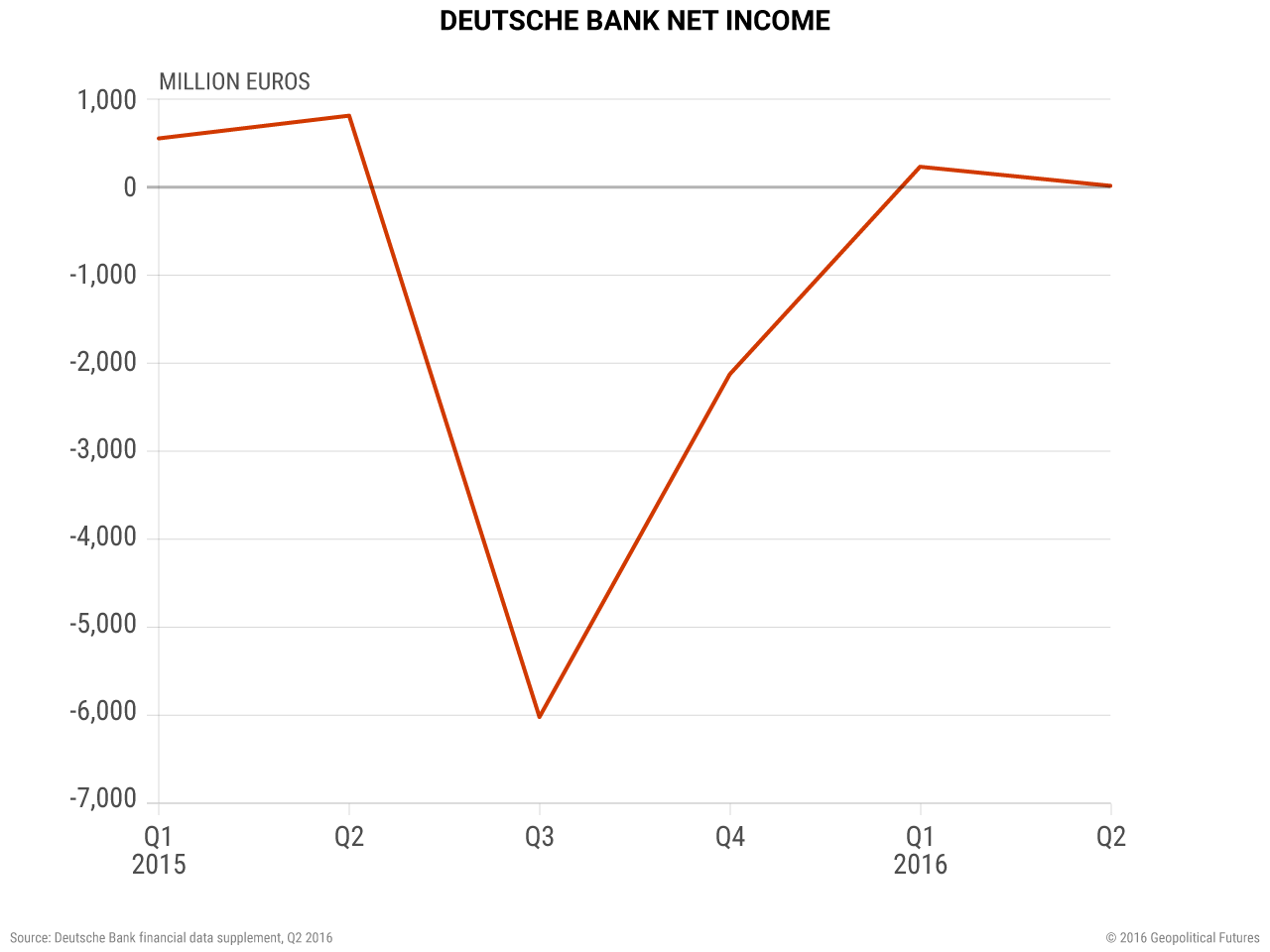 As Germany’s banks search for ways to improve their financial positions, Italy’s ongoing banking crisis is presenting another threat to stability. German banks are the second most exposed to Italy (after France), with a total exposure of $92.7 billion, according to the Bank for International Settlements.

According to Commerzbank’s financial statements, as of the end of the second quarter this year, the bank’s Italian sovereign debt exposure was 10.8 billion euros ($12.1 billion). While around half of the bank’s total exposure relates to Germany, about a quarter relates to other countries in Western Europe.

Deutsche Bank’s net credit risk exposure to Italy, meanwhile, was 13.3 billion euros at the end of December 2015, and its gross position in Italy is 35.4 billion euros, according to the bank’s annual report. As meaningful solutions to Italy’s banking woes remain unreachable, German banks will have to contend with growing risks from the Italian market.

We have written in depth about Deutsche Bank’s troubles, but the recent talks between rivals Deutsche Bank and Commerzbank show that both banks are increasingly feeling pressured to find ways to ameliorate their precarious financial positions. Germany’s banking problems are growing quickly, and bankers are struggling to respond.