In diplomacy, there’s a difference between resolving an individual dispute and resolving the deeper issues that led to the dispute in the first place. Such is the case now in the Persian Gulf, where Saudi Arabia led a six-nation effort to cut ties with Qatar on June 5. The nations in question – Saudi Arabia, the United Arab Emirates, Bahrain, Egypt, Yemen and the Maldives – also banned all travel to and from Qatar and, with the exception of Egypt, ordered their citizens living in the country to leave. Qatar and Saudi Arabia may someday restore ties, but that isn’t really the issue. This is just a symptom of a much larger disease afflicting the region.

Qatar and Saudi Arabia have never had particularly good relations. They’ve bickered over border disputes since before Qatar even gained independence from the United Kingdom in 1971. Clashes over the border left two people dead in 1992, and though an agreement was reached in 2001, relations have nonetheless continued to deteriorate. In fact, Saudi Arabia, the United Arab Emirates and Bahrain withdrew their ambassadors from Qatar in 2014 for nearly a year.

So if the Saudis and Qataris have a history of dispute, why did such an unprecedented diplomatic move occur now? Qatar does not appear to have done anything particularly unusual or egregious. Unlike most other Persian Gulf governments, the government in Doha, enriched by Qatar’s vast natural gas reserves, has been able to pursue a foreign policy independent of Saudi Arabia, the Arab Sunnis’ de facto leader with whom Qatar disagrees on a variety of issues, including the management of the region. 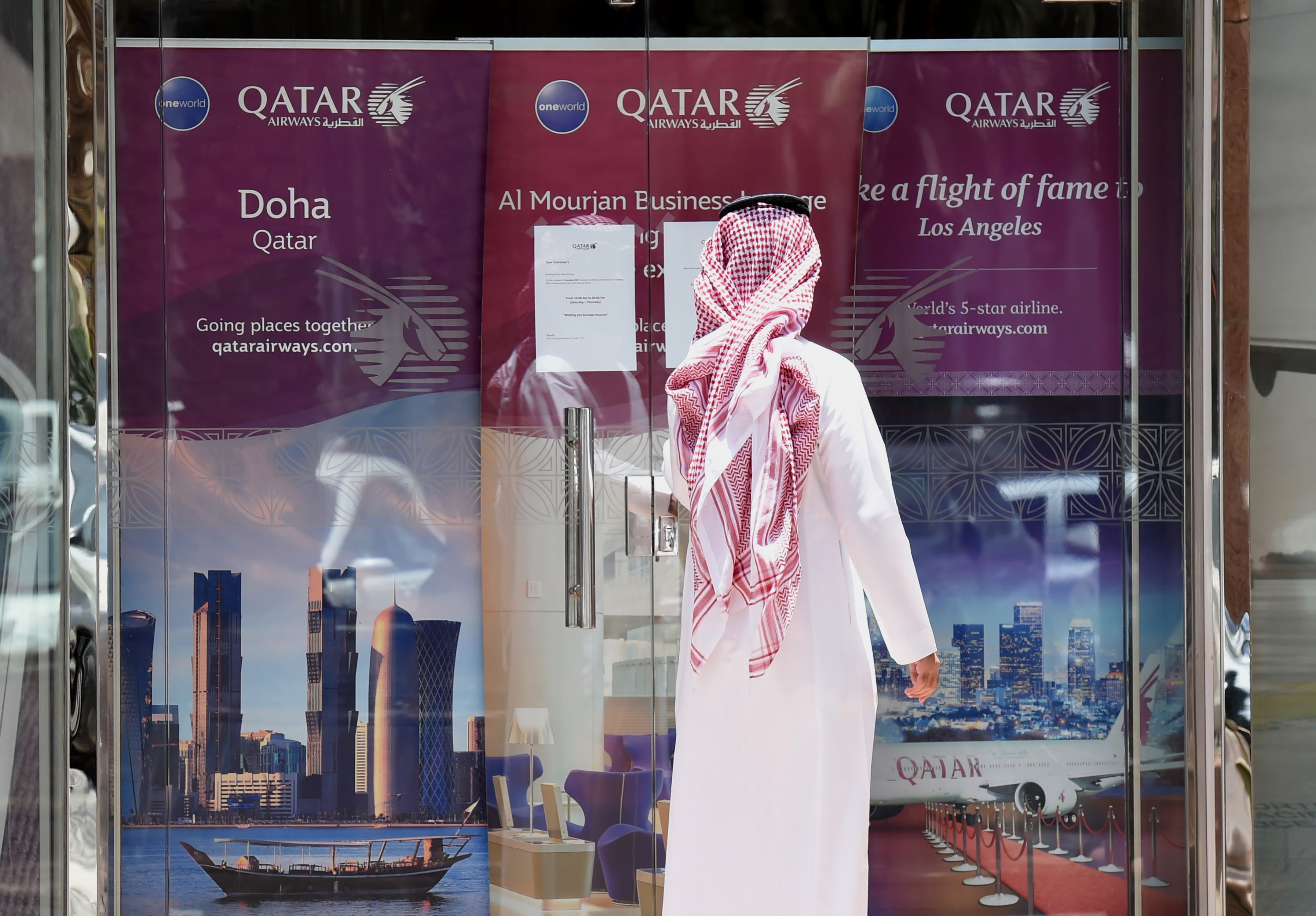 A picture taken on June 5, 2017, shows a man standing outside the Qatar Airways branch in the Saudi capital, Riyadh, after it had suspended all flights to Saudi Arabia following a severing of relations between major Gulf states and gas-rich Qatar. FAYEZ NURELDINE/AFP/Getty Images

Doha understands that it needs to be part of the Saudi-led alliance system – it just doesn’t want to be bound by it. Its freedom enables it to be pragmatic in its dealings with other countries. This explains why Qatar is willing to work with opposition forces like the Muslim Brotherhood and even Salafist jihadists in Syria. Qatar can afford to flirt with Islamists because it doesn’t have that much to lose. Islamists, however, are a direct threat to the governments in Saudi Arabia, the United Arab Emirates and Egypt. It also explains why Qatar is willing to work with Iran and its Shiite allies. Qatar wants to balance Saudi Arabia against Iran; Saudi Arabia wants to completely isolate Iran.

Qatar’s relationship with the United States, moreover, complicates these dynamics. The regional headquarters of the U.S. Central Command is in Qatar, and the Qataris have helped the United States not just in the Middle East but also in South Asia, where they assist in peace negotiations with the Afghan Taliban.

None of this behavior is new, though. Doha has been friendly with the world’s only superpower for years. It’s played both sides in regional disputes for a while. And its wealth could hardly be considered newfound. It’s possible, of course, that the Qataris simply went too far in their dealings – that they did something Riyadh simply couldn’t accept. But if that were the case, the Saudis would almost certainly have made their grievances public.

The more likely explanation is that the Saudis simply came to a point where they could no longer tolerate Qatari behavior. Riyadh is under immense financial pressure. The price of oil is low, Riyadh is struggling to diversify its economy, and it has an increasing number of problems both at home and abroad that it needs to deal with, including the growing instability in the Middle East. Riyadh’s previous attempts to pressure Doha have failed, so perhaps it believed it had no choice but to escalate matters.

With regard to the U.S. role in this Saudi effort to rein in Qatar, either Washington gave its tacit approval or it was kept out of the loop. But it’s unlikely that Saudi Arabia acted without Washington’s knowledge. This kind of move would represent a major break in U.S.-Saudi ties if that were the case. Given the relative success of U.S. President Donald Trump’s recent visit, it seems unlikely that Riyadh would risk aggravating Washington so quickly. The more reasonable explanation is that Washington tacitly approved Riyadh’s plan to strong-arm Qatar.

Whatever the exact reason for the row, it’s clear that a conflict is brewing in the part of the Arab world that has so far remained stable. And it doesn’t appear that it will end quickly. For one thing, Saudi Arabia’s actions are simply too severe. And, perhaps more tellingly, the Qatari emir was in Kuwait last week ostensibly to avert a crisis just before the ties were cut. Clearly, he didn’t compromise.

The episode with Qatar shows that Saudi Arabia is struggling to maintain Arab unity. The outcome of this struggle will have an impact on the Arab side of the Persian Gulf. It will undermine the fight against the Islamic State and the efforts to contain Iran’s regional ambitions.

The Myth of the US-Saudi Strategic Alliance