There has been one geopolitical constant in South Asia since British colonial rule ended there in 1947: the bitter rivalry between India and Pakistan. On Aug. 14, Pakistan celebrated its 70th year as an independent nation state. India marked its own independence one day later. Both countries indulged in the usual festivities: parades, flags, fireworks and other expressions of patriotism. But when it comes to one another, patriotism bleeds into nationalism and suspicion of the other.

In some ways, this is the natural outcome of the cataclysm that was the partition of India. When the British Raj was split into the states that became India and Pakistan, it triggered a massive migration; 12 million people traversed the newly drawn border, in both directions, to reach their new country. Nearly a million didn’t survive, many falling victim to a terrible episode of communal violence.

Seventy years later, there are few people alive in either country who witnessed these events, but that hasn’t stopped the partition from shaping the national identities of both countries. Competing recollections of partition inform the national psyche and narratives that are taught to children on both sides of the border. Why partition happened is itself the subject of great debate.

But what isn’t debatable is the impact it had on Pakistan. Pakistan is in many ways a country that wasn’t expected to exist. But for the past 70 years it has shared a nearly 2,100-mile border with India, a country it used to be a part of, and that is much larger and stronger than it. It lives in constant fear that India’s influence will spread to Afghanistan, and that it will be encircled. It worries that the Islamist militancy it has used to its advantage in Afghanistan has grown beyond its ability to control and now threatens its own security. And it dreads the day the United States, its biggest military partner in the region, withdraws and leaves it on its own.

A Runaway Movement Becomes a Country

The division of British India into a Muslim-majority Pakistan based on religion and a Hindu-majority India based on secularism was by no means inevitable. In fact, until June 1946 – only 14 months before partition – the national movements representing the two groups were striving to create a complex political structure for a unified state. Spearheading the effort toward a secular, unified state was the Indian National Congress. The All India Muslim League was at the vanguard of Muslim separatism.

But as Jaswant Singh, the former Indian foreign and finance minister, notes in his book “Jinnah: India, Partition, Independence,” the two parties couldn’t agree on a division of powers or on which side ought to get what. Pakistani-American historian Ayesha Jalal writes in “The Sole Spokesman: Jinnah, the Muslim League and the Demand for Pakistan,” her seminal work on the reasons behind partition, that an independent Pakistan was actually a bargaining chip that Mohammed Ali Jinnah, the leader of the All India Muslim League and the founder of Pakistan, used in his negotiations in an effort to exact the greatest concessions possible from the British and the Indian National Congress.

The All India Muslim League’s position was that it would not accept a unified India and would push for an independent Pakistan if there was no agreement on a framework that secured special status for Muslims in post-British India. Jinnah’s movement feared that without such an arrangement, the Muslim minority of India would fall under the subjugation of the Hindu majority. The Jinnah-led movement mobilized millions of Muslims, invoking their religion and highlighting their religious differences with the Hindus.

But the campaign took on a life of its own, especially after the talks collapsed. It grew well beyond what Jinnah and his party intended, and they eventually had to acquiesce to it. Even then, they never envisioned Pakistan as a religious state where some medieval version of Sharia would be imposed. The disconnect between the intentions of the elite and the expectations of the public would eventually propel the country toward becoming an Islamic republic – one that Islamists and jihadists have been exploiting for years. In other words, failed negotiations led to the creation of Pakistan. Many of those who became Pakistanis weren’t prepared to be part of Pakistan, a state that was much weaker than India. 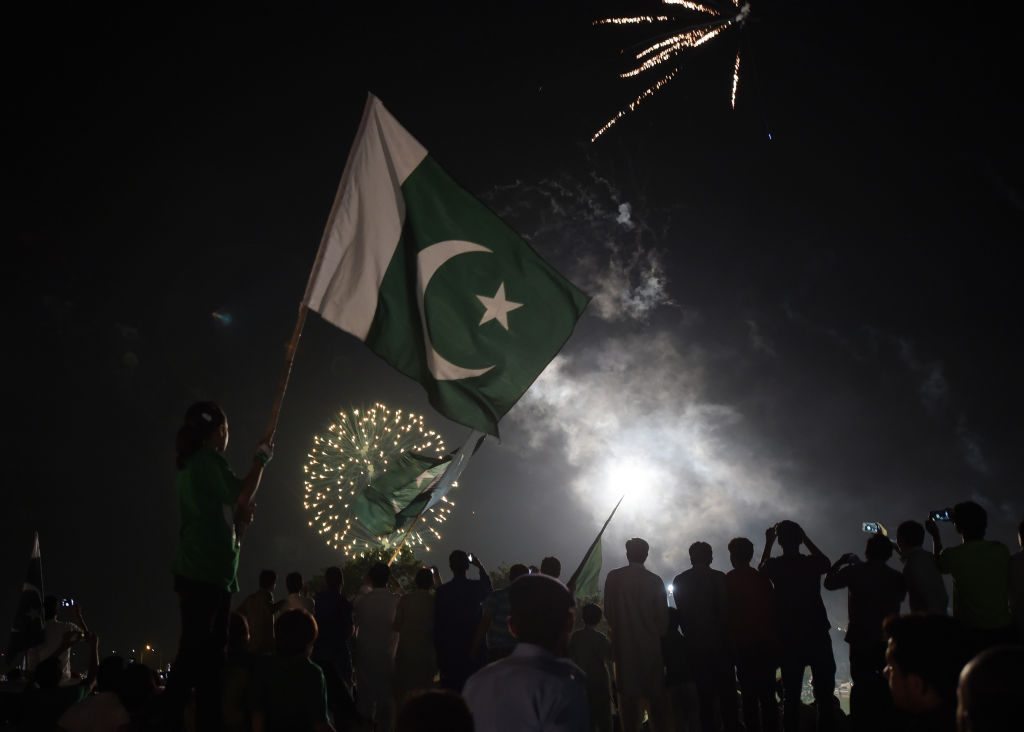 It was at that moment that the imbalance of power between the two and their rivalry was locked into place. Pakistan has never been able to shake the feeling of vulnerability from being next to the much larger India. Complicating matters, the British left the region of Kashmir out of the partition plan, which sparked the first war between India and Pakistan in 1948. India took control of two-thirds of the territory, which has been a sticking point in the rivalry ever since. Then in 1971, in the midst of Pakistan’s civil war, India intervened and separated the exclave of East Pakistan, creating the state of Bangladesh. This fueled the narrative in Pakistan that India wants to undo the partition and merge the two countries under its rule.

Vulnerable on All Sides

As if that wasn’t bad enough, Pakistan has also had to watch its western flank. Until 1992, Pakistan’s neighbor to the west, Afghanistan, had a fairly strong state, one that was historically hostile to Pakistan. This was a key factor behind Islamabad’s enthusiastic participation in the joint effort with the U.S. and Saudi Arabia to resist Soviet troops who had intervened in Afghanistan in the 1980s. A pro-Indian government in Kabul would mean Pakistan was encircled. With U.S. and Saudi support Pakistan fought back with the most dangerous weapon it had: Islamist militancy. (This is the same tool that Pakistan has used over the years against India to overcome the asymmetry in their militaries’ size and capability.)

But backing jihadists in Afghanistan in the 1980s didn’t produce Islamabad’s desired effect, so in the 1990s it shifted its support to a new jihadist force: the Taliban movement. This policy backfired on Sept. 11, 2001, when al-Qaida, under the protection of the Taliban regime, attacked the United States. Washington’s swift response took down the regime, and suddenly factions more closely aligned with India were in control of Kabul.

Pakistan cannot accept a pro-India government in Kabul, but the alternative – a return to power of the Taliban and jihadists – is even more frightening. Pakistan learned from the past two decades that it has less control over the Taliban than it thought. It isn’t even clear that Islamabad can crack down on sanctuaries on its soil. The jihadist landscape is a mess, especially now that the Islamic State is trying to take turf from al-Qaida in Afghanistan and Pakistan. It is also true, of course, that Pakistan is reluctant to act against the Afghan Taliban because of its focus on its own insurgency and the fear that doing so will bring only greater devastation inside Pakistan.

But it’s not enough to sit on the sidelines. The United States is the main source of financial aid and military assistance to Pakistan, and in Afghanistan, the U.S. finds itself in a runaway war. Not only that, but U.S. actions in Afghanistan have frequently pushed jihadists across the border into Pakistan. Now, Washington wants to extricate itself from the war, and it can’t do that without Pakistan’s cooperation. The Taliban, however, know that the U.S. wants out, and they know that they are winning. There is very little incentive for them to come to the table just yet, and even when they do, they will drive a hard bargain.

It’s difficult to say what understanding the United States and Pakistan will reach. It’s not even clear that they can agree on a coherent strategy given the divergence of their interests. From Pakistan’s perspective, the Americans have the luxury of being able to pack up and leave. When they’re gone, Pakistan will still have to cope with life in India’s shadow.