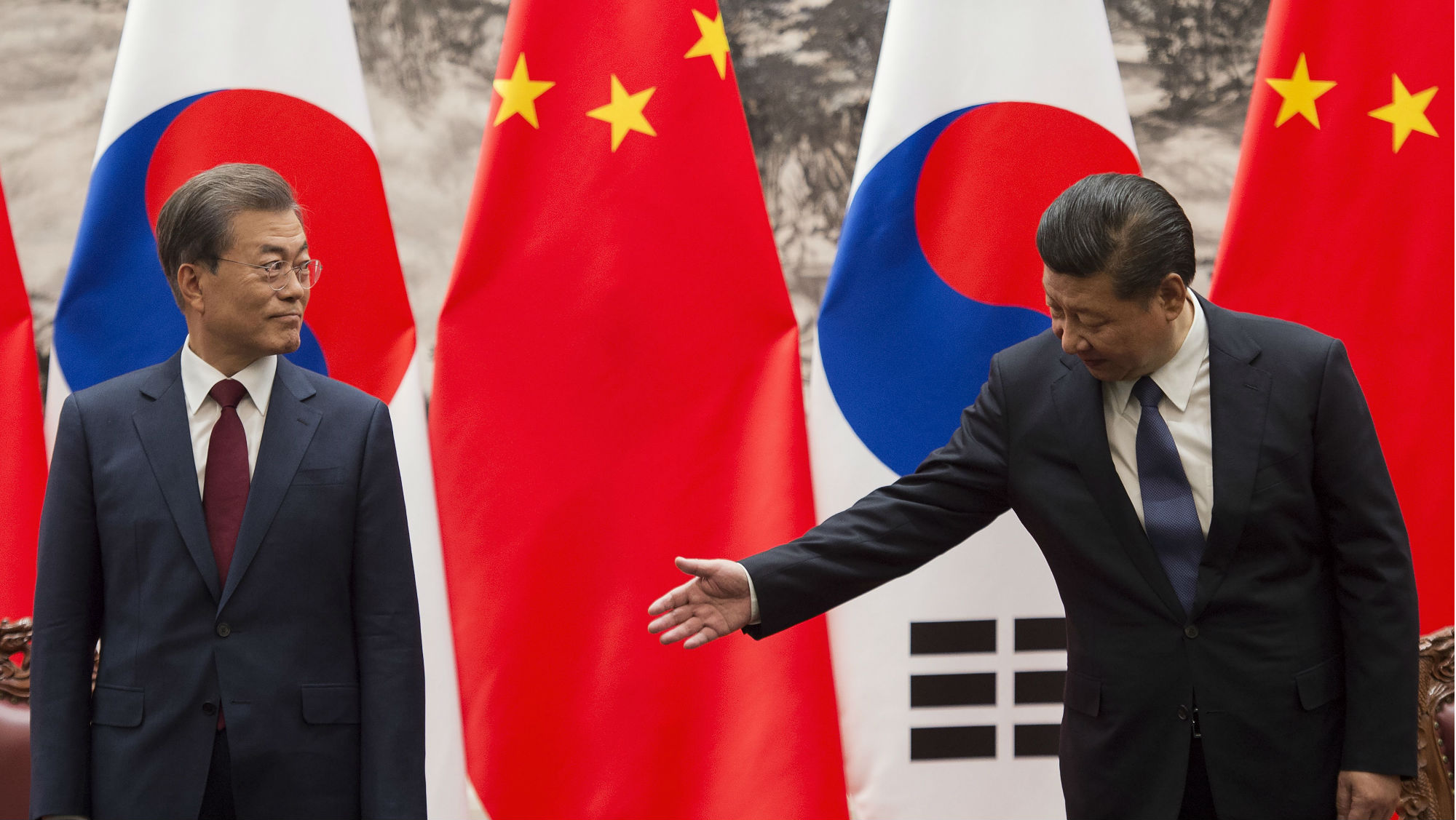 Before the Pyeongchang Olympics began, there were fears that North Korea would do something provocative during the games. Instead, the opposite happened. North Korea still stole the show, but it did so by using the Olympics to signal its openness to reconciliation with South Korea. With the closing ceremony behind us, this will be the lasting significance of the 2018 games.

After the ceremony concluded, China’s special envoy to South Korea met with South Korean President Moon Jae-in. The usual diplomatic niceties were exchanged after the meeting, but given that the meeting took place at a critical moment for the region, we need to consider the major issue that was under discussion, which was obviously relations between North and South Korea.

The Olympics may simply have been an interregnum in the crisis over North Korea’s nuclear and missile program. Or it may represent a profound shift not only in relations between the two Koreas but also in the strategic realities of the region. The United States wants no such shift. Washington was unhappy with the Olympics diplomacy. The U.S. has no appetite for war with North Korea, but neither does it want reconciliation on the Korean Peninsula – unless it’s on Washington’s terms. It’s Seoul, though, that would be literally staring down the barrel should war break out. And so, Seoul opened its own dialogue with Pyongyang, separate from any U.S.-North Korean discussion that may have been underway.

Meanwhile, China does want a strategic shift on the peninsula. One of China’s major problems is that it does not control the waters off its east coast. The U.S. Navy’s presence is more than a challenge to the Chinese navy – it’s a challenge to China’s survival. As important, the formal and informal alliance system the U.S. has created – from Singapore to Indonesia to Taiwan to South Korea and Japan – represents a line of containment that China needs to break. If the events of the Olympics lead to a breach in U.S.-South Korean relations, they are of great importance to the Chinese. 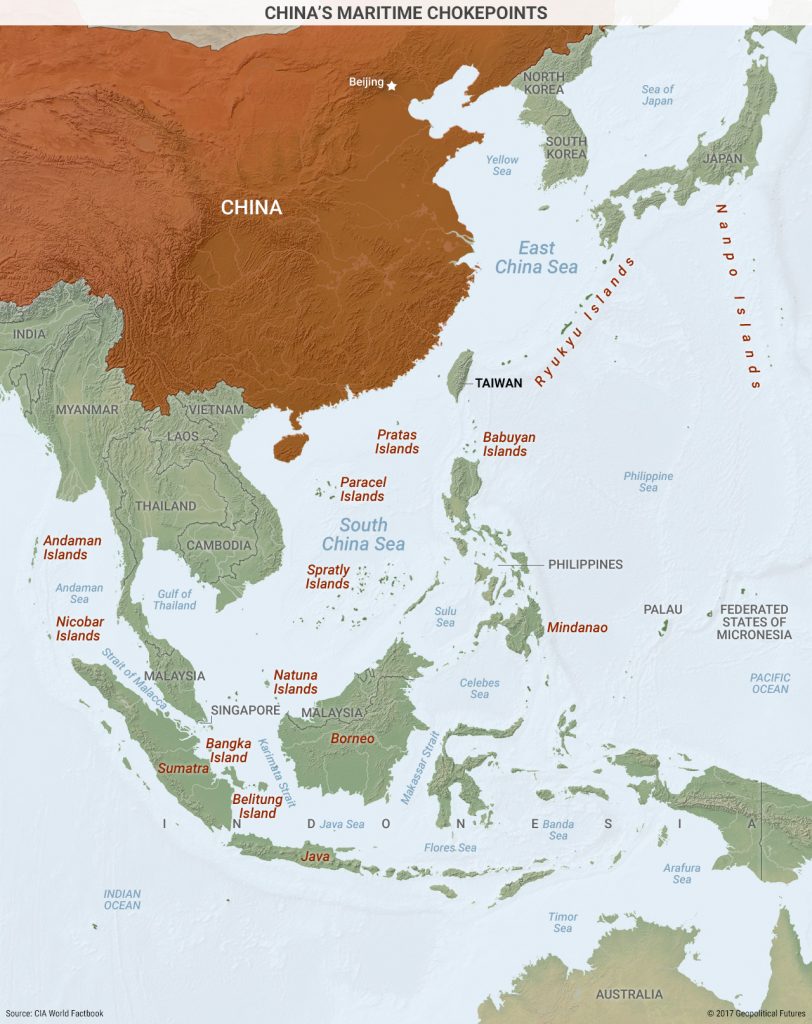 When the North Korea crisis began, there was a broadly held, erroneous assumption that China was as alarmed by North Korea’s behavior as the United States was, and therefore that it would serve as both a negotiator and a source of pressure. In fact, the Chinese were quite pleased to see North Korea back the U.S. into a corner. If the U.S. attacked, it would be seen as an aggressor and would be blamed for all collateral damage. If the U.S. refused to attack, it could be portrayed as weak and unable to stand up to North Korea. Either result would benefit China, at little or no cost.

The North Koreans were aware that the Chinese regarded North Korea as expendable. Their relationship with China has always been shaped by the Korean War, in which China did not get involved until its own borders were threatened, quite willing to accept the destruction of the North Korean state. Even had China wished to be an honest broker, history makes China suspect in North Korea’s eyes.

By creating a situation in which any hostile U.S. action included the potential devastation of Seoul, the North Koreans drove a wedge between the two allies. They forced South Korea to take steps that took away the initiative from the U.S. and, frankly, they forced it to prepare for a nuclear North Korea. The North then used the Olympics as its chance to step into the space it had created between the U.S. and South Korea. What happens next is the question. South Korea would obviously like to maintain its relationship with the U.S. while building a relationship with North Korea. North Korea, however, has no reason to go along with that.

Given the situation, some sort of entente, or even confederation, is conceivable. Each side would retain its own regime, but the economic benefits of South Korea would help buttress the North Korean regime rather than threaten it. From the South’s point of view, this wouldn’t be the worst outcome. The South’s economy would be secure, and war would be avoided. From the North’s point of view, it might complicate regime preservation, or it might guarantee it, but either way Pyongyang would have control over relations with Seoul.

The complexities of such an arrangement would be enormous, yet the basic concept is simple. And it’s a concept that worries the United States and delights China. It would likely mean the end of the U.S.-South Korean defense relationship. That would be a risk South Korea would have to take, but at the moment, it’s the relationship itself that makes the situation perilous. The South may consider it. In that case, the U.S. position in the northern waters near China would weaken, and a crack would open in the containment structure. Japan would have to deal with this strange compound Korea, which would divert its attention away from China as well.

If this is what China is hoping for, then the Chinese special envoy’s visit to South Korea is the logical step. There is little to discuss with North Korea. But China would certainly like to see defense relations between the U.S. and South Korea broken, as much as North Korea would. For this, China might be willing to sweeten the deal for South Korea by making special rules for the access of South Korean goods to China possible, or offering other economic incentives that would induce South Korea in some way. With the Olympics over and the Koreas at a bit of a loss for what to do next, this is where China will want to be particularly helpful. And it’s where the U.S. has to consider the possible consequences of staying on its present course.

The Calculated Risk of the Coronavirus