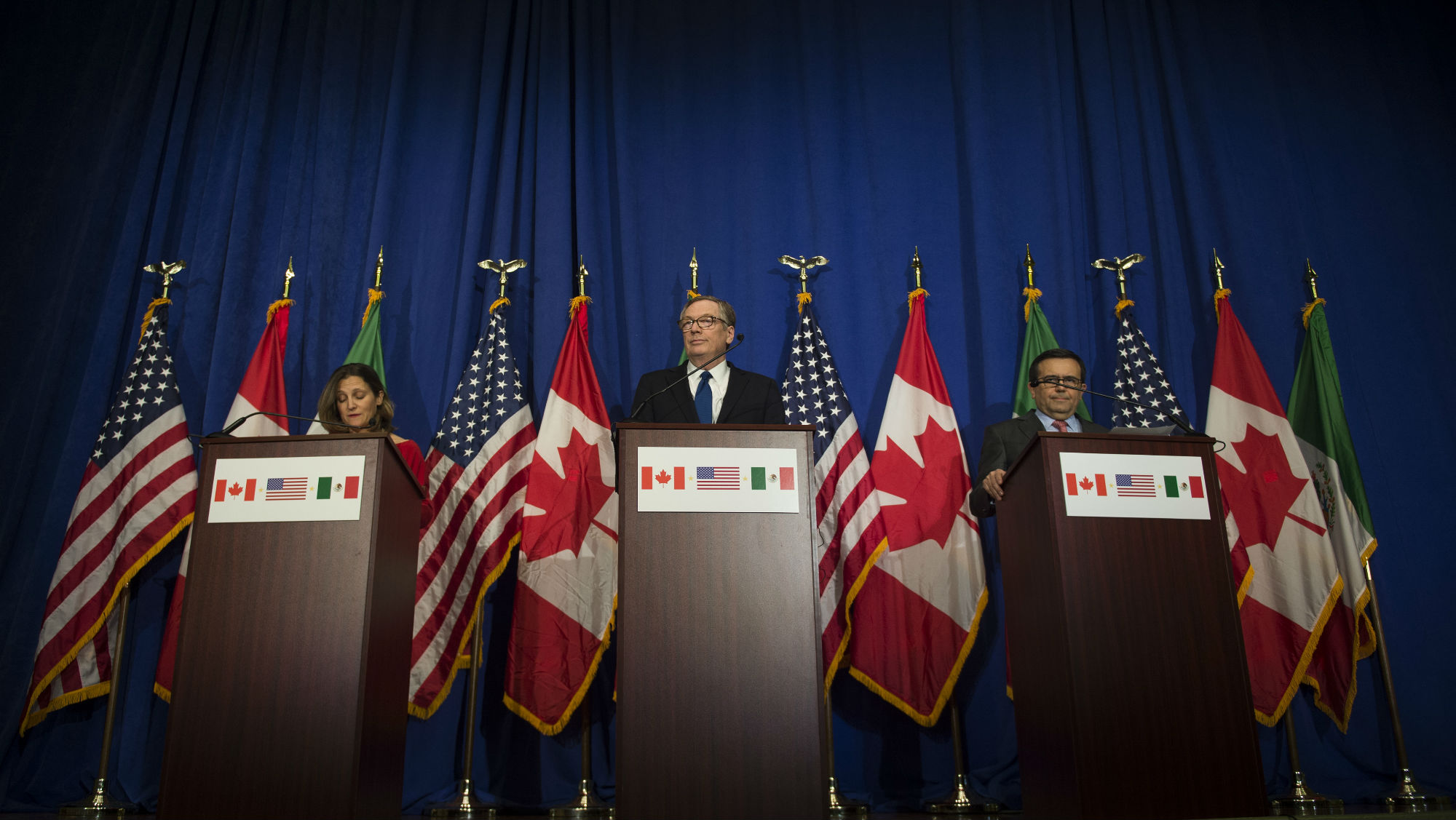 Rightly or wrongly, Canadians have a reputation for being accommodating, even deferential. But over the prospect of ending NAFTA, they have been anything but. Montreal will host the sixth round of NAFTA negotiations on Jan. 23-28, and in the lead up to the talks, Ottawa appears to be putting the pressure on Washington to make a deal.

Until now, Canada has kept its cards close to its chest. Most coverage of NAFTA talks has focused on the U.S.-Mexico relationship, so any public statements on the issue from Canadian officials are notable.

It all started Jan. 7, when Canada’s agriculture minister spoke at the American Farm Bureau Federation’s annual meeting in Nashville, Tennessee. It was an unusual visit; never before in its 99-year history had a Canadian agriculture minister attended the meeting. The minister pledged Canada’s commitment to work with U.S. farmers to strengthen the U.S.-Canada relationship, particularly through NAFTA. U.S. President Donald Trump also attended the meeting and countered Canada’s message with a pledge to get farmers a better deal.

In effect, the U.S. and the Canadian governments were courting U.S. farmers, a powerful lobby group that is particularly influential in the American Midwest, where agriculture plays a major role in state economies. Most farmers, except those in the southeast, have been supportive of NAFTA because it has given them a larger share of the Canadian and Mexican markets. They fear that abandoning NAFTA could lead to a loss of revenue and jobs. In November, 168 agriculture companies and organizations from across the country, including state governments such as Texas and California, sent a letter to U.S. governors asking them to support NAFTA.

Canada followed up the meeting with the farming federation with two moves last week that were intended to bring more attention to the trade talks. On Jan. 10, the World Trade Organization announced that Canada had filed a complaint on Dec. 20 against the U.S. over its use of tariffs. This isn’t Canada’s only complaint against the U.S. at the WTO – it has filed a total of 19 – but the circumstances around this one were crucial. The complaint not only cited examples of U.S. duties targeting Canadian goods but also included examples of trade restrictions affecting Chinese, Indian, Brazilian and European goods. In addition, the announcement of the complaint coincided with the U.S. increase in duties on Canadian paper by 9 percent. Canada was aware that the U.S. was planning to make this move, so it likely timed the filing of the complaint so the announcement would come out concurrently. The Office of the U.S. Trade Representative quickly issued a statement condemning the filing and calling the claims unfounded.

Also on Jan. 10, Reuters reported that an anonymous Canadian official said the Canadian government was increasingly confident that Trump would announce a withdrawal from NAFTA. Within minutes, this comment generated headlines across the world and sent the value of the Mexican peso and the Canadian dollar plummeting. The report could have serious implications for NAFTA talks. So far, the only response from the White House has been a terse statement from a spokesperson saying Trump has not changed his position on NAFTA. The comment was a tactical move meant to pressure the U.S. government to accept a deal. It cast doubts over the future of NAFTA and therefore encouraged American supporters of the agreement to encourage their government to come to the negotiating table. Whether this was successful will become clearer in the coming days, but judging by the initial response, it appears that Canada managed to create concern among groups that would be most affected by a NAFTA withdrawal.

It’s worth mentioning that NAFTA wouldn’t necessarily be terminated even if Trump pulls out of it. There’s no roadmap on what an exit would look like, so there’s a lot of ambiguity over the process. Whether the president can unilaterally withdraw is a matter of fierce debate. Legal and political experts have said the U.S. Congress will need to be consulted, and a decision to leave NAFTA will be followed by challenges in the courts. The only thing we know for sure is that ending the trade agreement will be a politically and legally fraught process.

For now, though, Canadian officials are putting the heat on American officials so that Canada can negotiate on more equal footing with the U.S. Having key groups like farmers and key states like Texas and California pressure Washington to negotiate rather than walk away serves Canadian interests. The meeting with the farming association helped galvanize support among U.S. farmers, and the Canadian government can be expected to use similar tactics with the U.S. automotive industry, whose supply and production chains are intricately tied to Mexico. 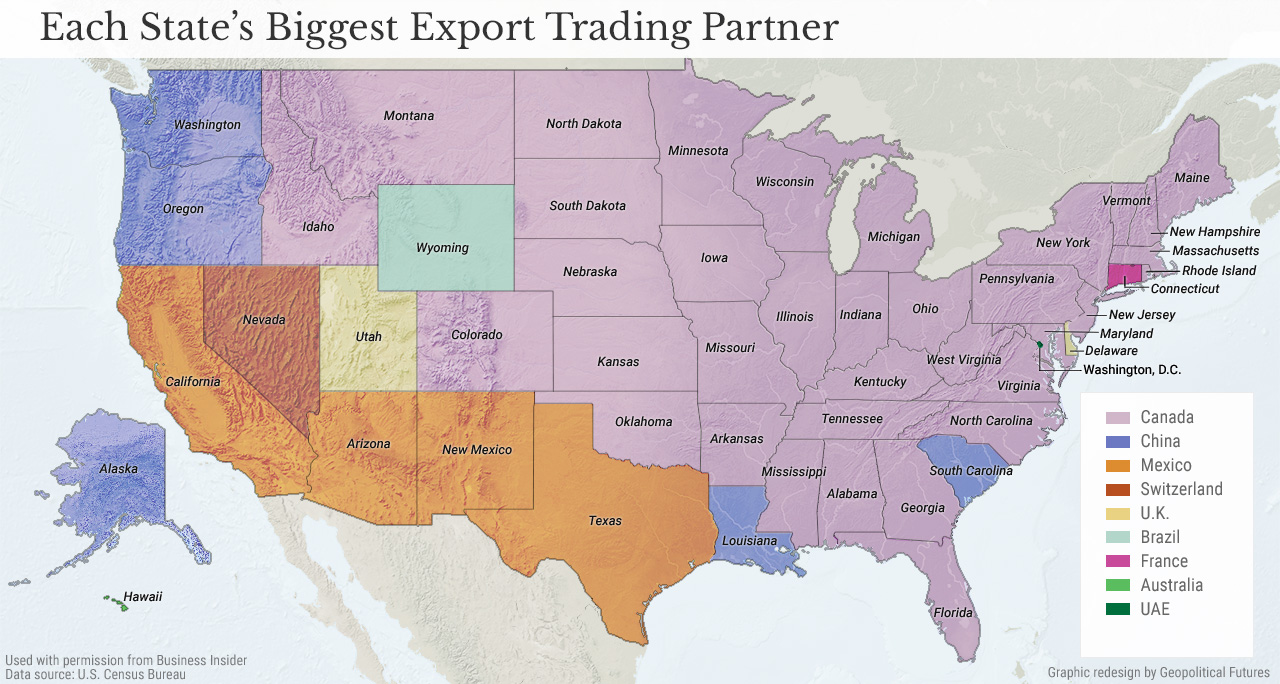 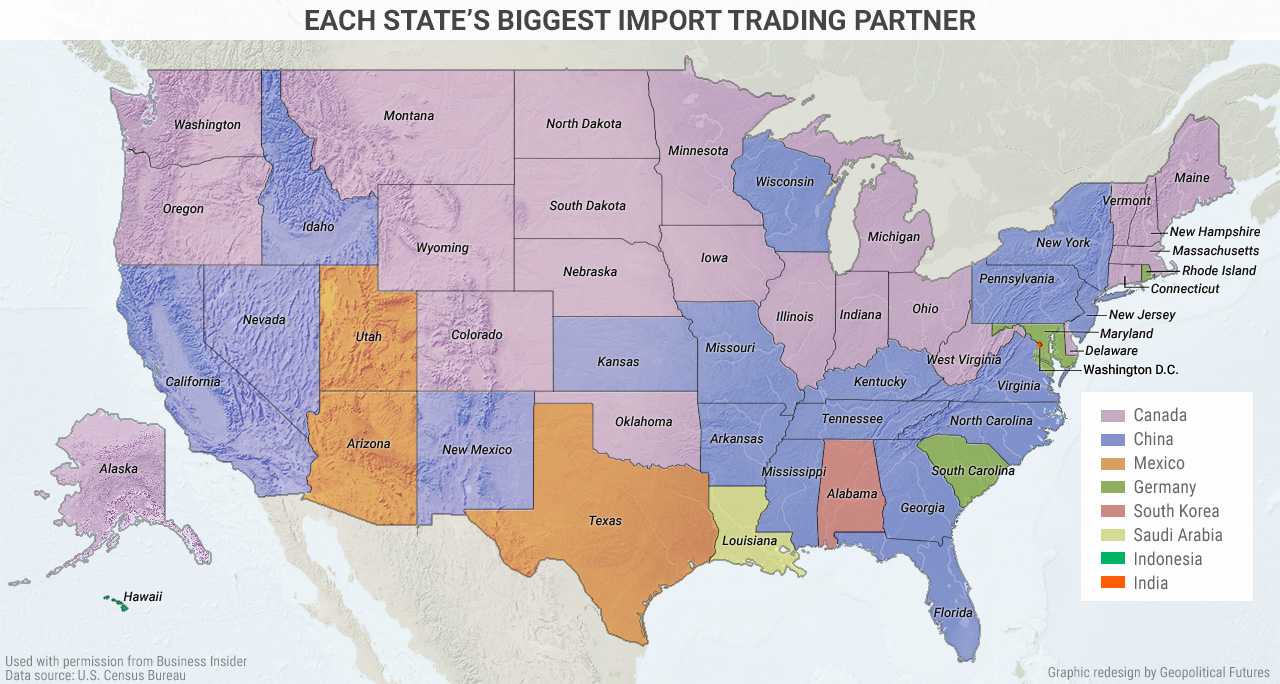 Texas and California depend on trade with Mexico, and their economies together account for roughly a quarter of the total U.S. economy. Earlier this month, the Texas-Mexico Trade Coalition said that reaching a deal on NAFTA was critical for Texas business interests. Other states that will also want a deal made include Iowa, Illinois and Kansas, which have strong agriculture sectors, and Michigan, which has a critical automotive industry.

Canada alone cannot convince Washington to come to the negotiating table or make concessions. But by sounding the alarm among U.S. groups that support NAFTA, it may be able to pressure the U.S. government to broker a deal. Geopolitical Futures has forecast that the U.S. government can’t pull out of NAFTA because the pro-NAFTA groups in the United States are too strong to be ignored. Canada, judging by its current strategy for NAFTA negotiations, recognizes as much.

Argentina, in Search of Another Economic Fix