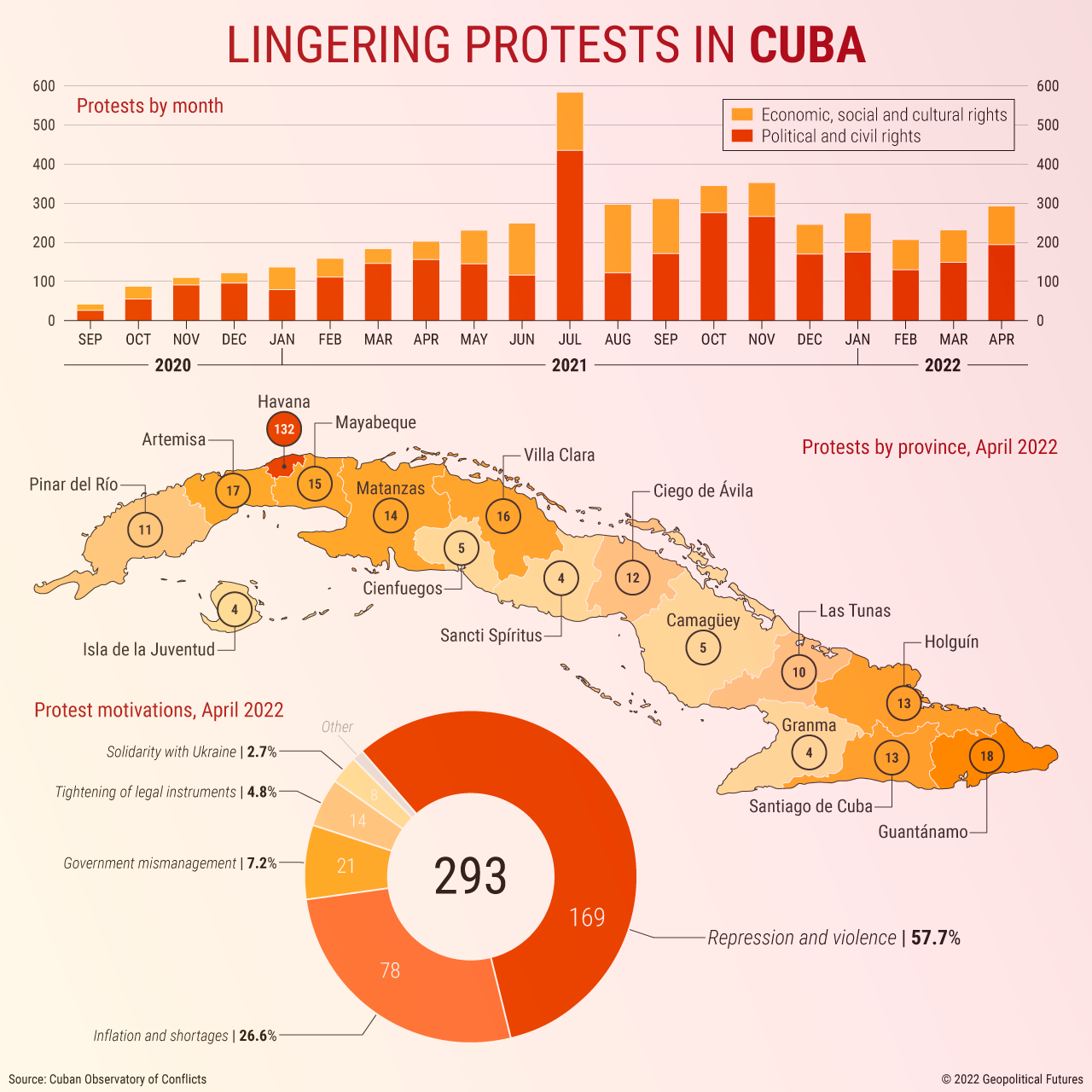 Earlier this week, five people who joined anti-government protests in Cuba last summer were sentenced to up to nine years in prison. So far, the Cuban tribunal system has processed 790 of the 1,442 people detained in the July 2021 protests. The rest are still in detention centers.

Nevertheless, low-level opposition to the Cuban government continues, as the monthly protest data shows. Cubans have experienced shortages of basic goods for more than two years. The government turned to Russia for help, and although Moscow responded with food and other shipments, the volumes are insufficient for the problem. Given the circumstances, it’s no surprise that unrest persists. Meanwhile, the U.S. government in recent months has made several small gestures, such as opening consular services on the island and sending food shipments, aimed at supporting Cubans – and piling pressure on the Cuban government.