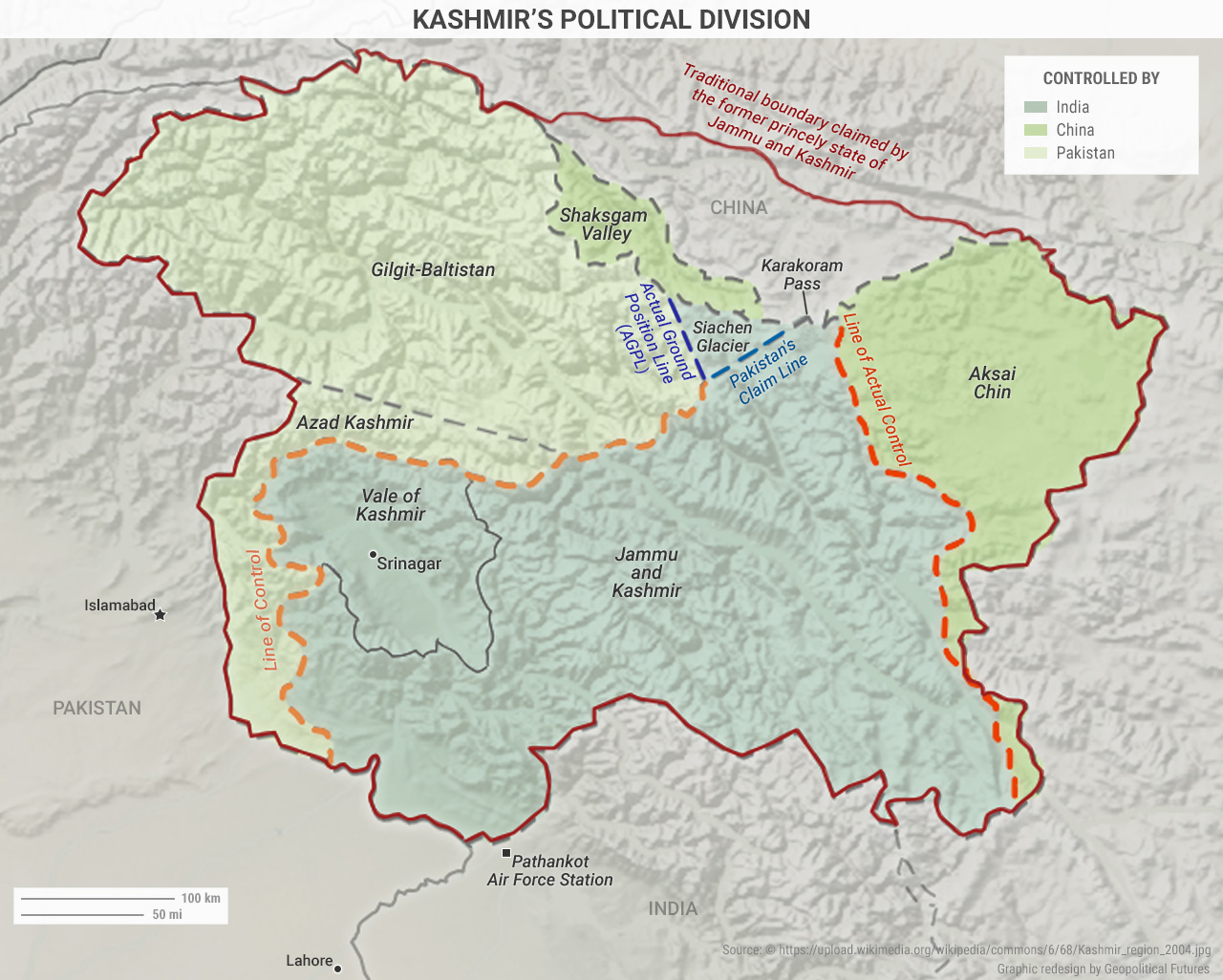 The word “Kashmir” creates further confusion because it refers to a district of Jammu and Kashmir but it also refers specifically to the Kashmir Valley, which is where the most recent round of unrest between India and Pakistan originated. To this day, the region has no internationally recognized borders. The de facto border between India and Pakistan is the Line of Control, established in 1972. The Line of Actual Control was acknowledged in 1993 as the border between China and India in the Kashmir region.

Conflict in Kashmir has destabilized the Indian subcontinent in the past. Neither India nor Pakistan wants to escalate the conflict, but there are complications for both that make calming the situation difficult.  To read more about conflicts developing in South Asia and the changing balance of power in the region, check out our recent Deep Dive.