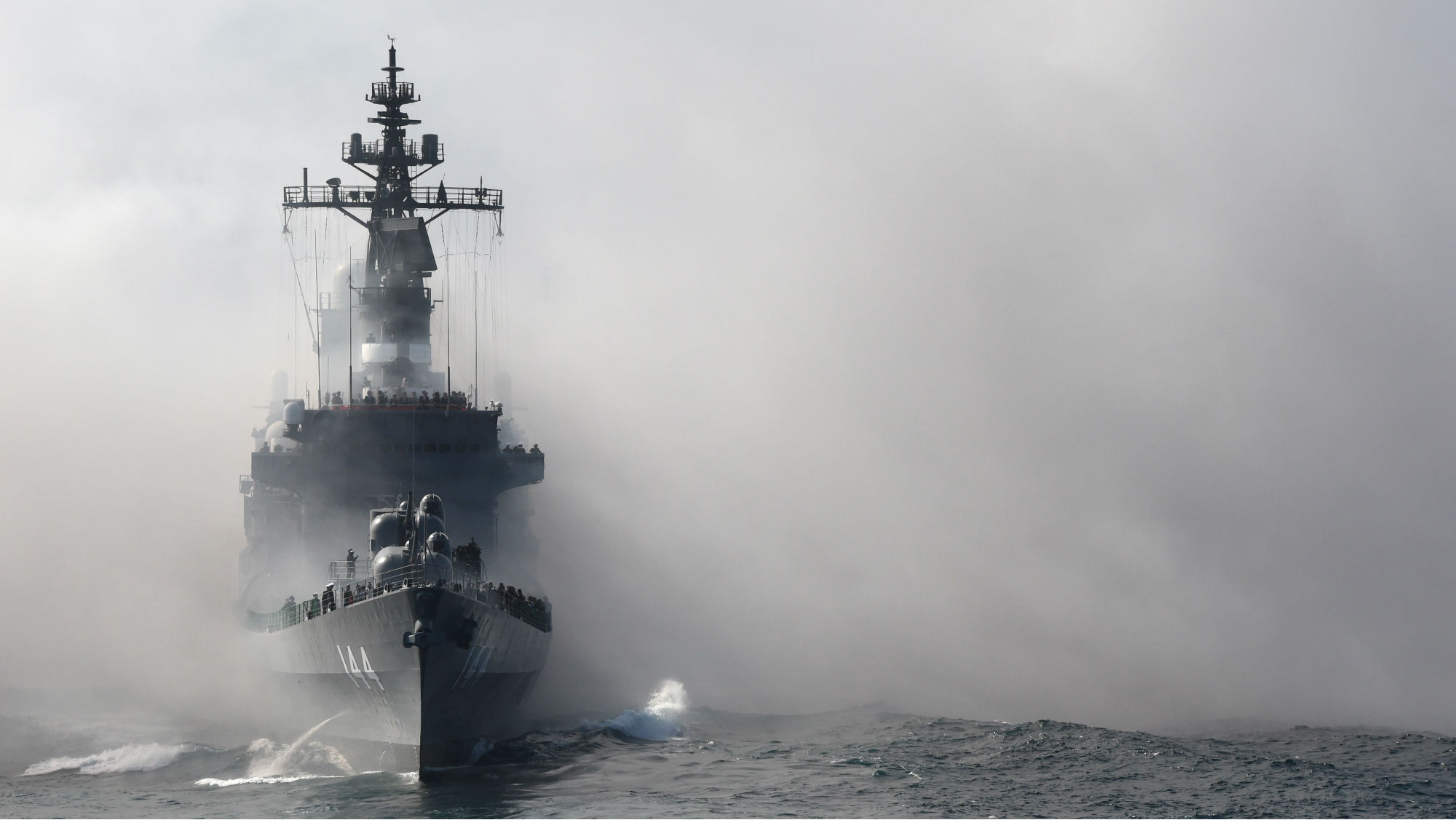 Japan is laying the groundwork for a profound leap in its military capabilities. On Dec. 26, three unnamed government sources told Reuters that Tokyo was considering retrofitting the Izumo helicopter carrier, its largest flat-decked warship, to be able to carry U.S.-made F-35B warplanes. Doing so would effectively give Japan its first fixed-wing aircraft carrier since World War II. This comes a week after Japanese officials confirmed that Tokyo is also planning to equip its own fleet of F-35A warplanes (a variant of the type it would use on the carriers) with long-range cruise missiles capable of striking targets as far as 900 kilometers away – say, ballistic missile launch sites in North Korea – in what would be Tokyo’s first major purchase of offensive weaponry in more than half a century. On Dec. 21, Japan’s Cabinet approved yet another record defense budget, swelling to around $46 billion, or 1.3 percent over 2017’s budget.

The timing of Japan’s apparent move to put the military on offensive footing may seem odd, considering that the Japanese public has yet to give the government the green light to do so.

Japan is a pacifist in name only. Article 9 of its constitution prohibits the use of military force for offensive purposes. Any weapons acquired or developed by the military must be intended for defensive purposes. But this hasn’t stopped Tokyo from building out its military capabilities, of course. In 2014, the government approved a reinterpretation of Article 9 to grant the military powers to exercise the right of collective self-defense — essentially allowing Japanese forces to come to the aid of allies under attack during operations deemed necessary for Japanese security. Two security laws implemented in 2016, moreover, formalized the reinterpretation and expanded the scope of the type of operations that the Japanese military can support.

Still, the law has deterred the government from pursuing offensive weaponry such as long-range bombers or missiles. And, if left unchanged, Article 9 heightens the possibility that attempts to modernize the Japanese military or deploy it farther afield would be subject to legal challenge or political blowback.

Japanese Prime Minister Shinzo Abe has therefore made amending the constitution a central focus of his agenda for the coming year. And after his Liberal Democratic Party swept elections in October, retaining a supermajority in both chambers of Japan’s parliament, he’s in good position to get the amendments approved, even if the parliament is divided on just how far they should change the constitution. Getting charter amendments through the Diet, in any case, will be only half the battle. Any amendments would also need to be approved by a majority of the public in a referendum, tentatively slated for 2018. Polling over the past couple years has consistently suggested that the prospects of constitutional reform remain in doubt. A Jiji poll from earlier this month showed nearly 70 of respondents oppose the current proposals for Article 9 reform.

Interestingly, though, another poll found that 70 percent of respondents favored Tokyo’s plans to purchase long-range cruise missiles. Abe can’t be sure whether the public shares the government’s security concerns – or its plans to allay them. But with the outcome of the crisis on the Korean Peninsula still in doubt, with China growing more assertive around the sea lanes in the East and South China seas that are so vital to the Japanese economy, and with the uneasiness about U.S. security commitments to the region, Tokyo evidently feels that empowering the Japanese military is too important to be subjected fully to the political whims of the Japanese public. All governments tend to act on security issues regardless of the public’s feelings.

Still, Tokyo is wary of getting too far ahead of public opinion on the matter. The Reuters sources who leaked the news on the helicopter carriers, for example, went out of their way to frame the proposed retrofits as being intended for defensive situations. They laid out scenarios in which runways at Japanese airbases have been destroyed by foreign missiles or where China stops posturing in airspace around Japan’s southwesternmost islands and actually attacks. And having a flat-topped warship capable of carrying warplanes, after all, isn’t the same as having a carrier strike group capable of sustaining major operations far from home, even if it is a large step in that direction. Given the inherent unreliability of the ballistic missile defense systems Tokyo is also spending heavily on, the ability to strike North Korean missile sites before launch means long-range cruise missiles likewise can be portrayed as defensive. Political motivations for framing things this way aside, these threats are, in fact, the most pressing security concerns for Tokyo.

Out From Under the Umbrella

But there shouldn’t be any doubt about what Japan really has in mind for its military — and what underlying forces are nudging Tokyo to move more decisively down the road to remilitarization.

Japan has no choice but to prepare for a day when it is forced to take greater responsibility for securing its interests. This is because the country must import nearly all the oil and raw materials it requires to function economically and militarily. And as an island nation, all of these imports must arrive via maritime sea lanes — including those that rival powers like China are attempting to develop capabilities to block. U.S. naval dominance in the Western Pacific has given tremendous freedom of movement in the East and South China seas. But this also means that Japan remains highly dependent on the U.S. at a time when it and other core U.S. allies like South Korea and the Philippines are beginning to imagine a world in which a U.S. security guarantee isn’t worth as much as it once was. The U.S. isn’t going anywhere anytime soon, but the North Korean crisis — one which Tokyo would prefer that the U.S. solve decisively — has demonstrated the limits of U.S. power in East Asia.

And so, for the first time since 1945, Japan has to consider stepping out from under the U.S. security umbrella. And this means Japan needs fighter jets capable of waging war to keep traffic flowing through the South China Sea — even if only to deter others from attempting to wage war themselves — or long-range cruise missiles capable of neutralizing the North Korean threat should the situation demand it.

China Stays the Course, Straight Into the Storm