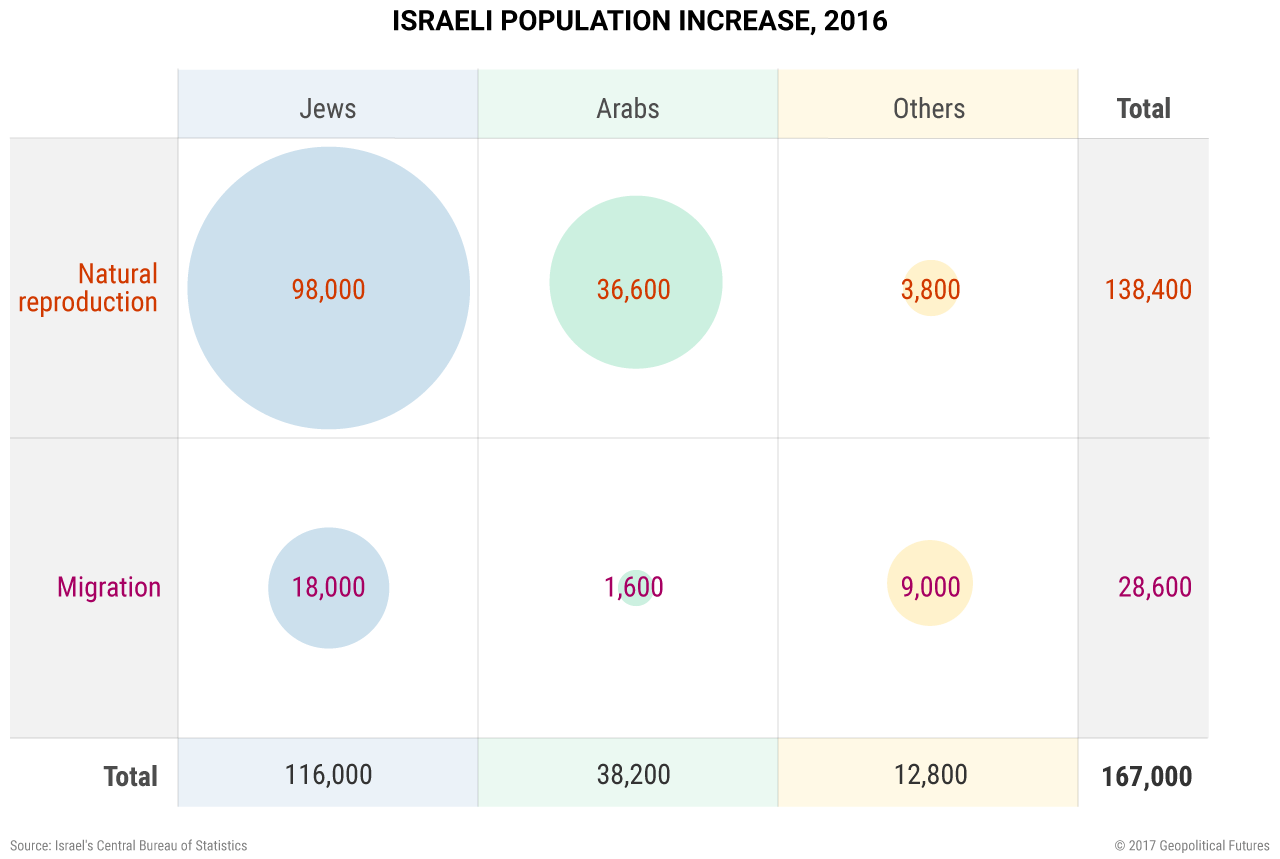 Part of the increase in the Israeli Jewish fertility rate can be ascribed to the high birth rates of Israel’s ultra-Orthodox Haredi population, but the impact is generally overstated. According to the CBS, the average fertility rate of Haredi women in Israel was 6.2 children. That said, a Pew Research Center study published in March 2016 estimated that the Haredim make up only 8 percent of Israel’s population. The Haredi fertility rate explains some of the rise in the Israeli Jewish birth rate, but not all of it. Another cause is immigration, which continues to boost Israel’s Jewish population. A total of 15 percent of all Jewish population growth in 2016 came from migration. This is in contrast to a much smaller increase in the Israeli Arab population due to immigration, at only 4 percent.

Predicting demographic changes is extremely difficult and the safest approach to understanding and predicting demographics is to develop a clear grasp of the current situation. To learn why the demographics argument presents a false dichotomy and why there is no threat to a Jewish majority within Israel’s borders, check out our Deep Dive, Demographics and the Israeli-Palestinian Conflict.

In Uzbekistan, Attempts at Liberalization Aren’t What They Seem