A U.S. special operations team captured Sleiman Daoud al-Afari, a former Iraqi government official under Saddam Hussein, in northern Iraq last month, officials said on March 9. Al-Afari was involved in the development of chemical weapons during the Saddam era. Chemical weapons, in particular mustard gas, were used against Kurds during an uprising in 1991 and in the Iran-Iraq war, so we know that Saddam had these weapons. The U.S. is claiming that al-Afari was involved in that program.

This is important because it is also claimed that al-Afari was involved in developing mustard gas for the Islamic State. There were reports several years ago claiming that Saddam had chemical weapons at the time of the U.S. invasion and that they had survived and been delivered to jihadists by former Iraqi officers. That report was hard to believe because U.S. forces turned Iraq upside down in 2003 looking for such weapons, and the ability of mustard gas to retain its potency more than a decade later, under undoubtedly rough conditions, is dubious.

What is important is whether IS is in possession of mustard gas, and according to the reports on al-Afari’s interrogation, there is a special team working to develop this and other chemical weapons. That would change the dynamic of the war against IS dramatically, of course. Mustard gas was used widely in World War I. It was referred to as a blistering agent. It causes blisters on any surface it touches, including lungs or eyes. If it does not kill, it will so debilitate the victim as to render him helpless. The chemical is delivered by artillery shells sometimes fitted with an aerosol device to spray as it travels. It can be delivered by any sort of container strong enough to withstand the delivery process – the shell should not burst as it leaves the attacker’s artillery.

It is an area weapon, when properly configured. An artillery barrage of mustard gas could render an area unpassable. During World War I, in addition to simply inflicting casualties, it was used to seal off certain areas so that no attack could be mounted from the direction of the mustard gas. Since it was persistent, it could protect a flank for at least a day, depending on the concentration of the gas. It was not useful in preparation of an offensive, since troops couldn’t pass through the area. But it could make an offensive possible by protecting forces from one direction while they focus on another.

The United States essentially fights with light infantry troops on foot or in small armored vehicles. It uses helicopters, fixed wing air craft and drones to deliver attacks. It has limited armor – either Abrams or Bradley fighting vehicles. This is important because these vehicles have NBC capabilities – nuclear, biological and chemical – meaning that they can protect those inside from mustard gas. The problem is that this is not an armored war.

Infantry troops have their own defense against gas; a gas mask is helpful but insufficient as mustard gas would burn the skin. They wear a full body suit called the MOPP suit, which stands for Mission Oriented Protective Posture (you’ve got to love the Defense Department). The problem with these suits, although they have improved over time, is that they render soldiers not quite but nearly useless. Managing anything as complex as a weapon while wearing the suit is only minimally possible. Even worse, in extremely hot weather, like Iraq in the summer, the suit can be unbearable. It can save a soldier’s life and health, but at the cost of taking him off duty while he wears it. So simply forcing infantry units into a MOPP posture (as it is redundantly called by Pentagon poets) neutralizes them for a period of time or at least reduces their effectiveness dramatically. Over time, it poses other challenges for the soldier that we need not go into here. That makes mustard gas a formidable weapon.

Can IS produce it? There are three stages in creating a chemical weapon. First, you need to obtain the precursor materials needed to make it. Second, you need to create the effective chemical, which requires specific facilities and individuals with the technical know-how. Finally, you need to make a delivery system.

Each of these stages has its challenges. It is possible to identify someone who is trying to buy the chemicals and blenders needed to create chemical weapons, so procuring the material risks detection. The creation of the chemical involves a substantial risk of dying a horrible death, if it is mishandled in the later stages. And delivering it is hard. As I said, artillery is the preferred form of delivery, but the shell must not, under any circumstances, break open at any time. The most dangerous time is when the shell leaves the tube. The artillery shell has been modified to contain the chemical and any dispersal system that might be used. If you don’t know what you’re doing, the first round could be the last. There are other points in the development process, such as loading the shell, and moving the chemical to the shell, that are all opportunities for disaster.

It is a terrible weapon, and an effective one. It is one of the simpler gasses to make and we would assume that IS has the ability to secure the precursor materials, although they may not be available in your local hardware store. It is in cooking up the stuff that things start getting dicey. Aside from a degree of precision, vessels are required for production and storage. These should not simply be cooking pots. And the artillery shell needs to be specially machined.

What the Defense Department seems to be saying is that IS may or may not have the equipment but it has at least some experts with experience in successful chemical warfare. These experts can tell IS what is needed to make mustard gas, and IS is undoubtedly capable of securing these materials somehow. And if it does, then the current model of U.S. warfare has to change.

The question of course is why the U.S. would announce it has captured this guy alive, and that he has talked. One answer is that he hasn’t but officials want IS to think he has. The other answer is that he has talked and they want IS to dismantle its equipment and relocate, which would push back the program for months. A third reason may be to warn those in the United States who are eager to join IS that doing this might be even harder than pessimists imagine. Or it may be that President Barack Obama’s administration wants to show that it is doing something aggressive.

In other words, I don’t know why the U.S. publicized this. But it appears to me that this is the exact kind of weapon IS would like to obtain. And since the Iraqis made and used mustard gas in the past, that may not be as impossible as it sounds. Whatever information was obtained from this suspect, the possibility of poison gas on the battlefield is not unbelievable. The fear is that IS would be able to ship it to other parts of the world. That would be difficult to do without detection. Sending enough to matter would raise eyebrows. And getting the equipment needed for manufacture without self-destruction would also be difficult. But not impossible. Therefore, this possibility should not be dismissed. 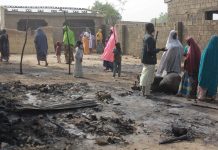 Daily Memo: Islamic State in Africa, Ukraine’s President on Russia, the US and Russia in Syria

Daily Memo: Italy vs. the EU, Australia vs. China, Russia in Venezuela 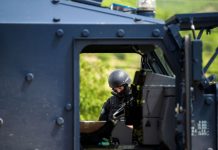 The Crisis of the University and the Liberal Arts