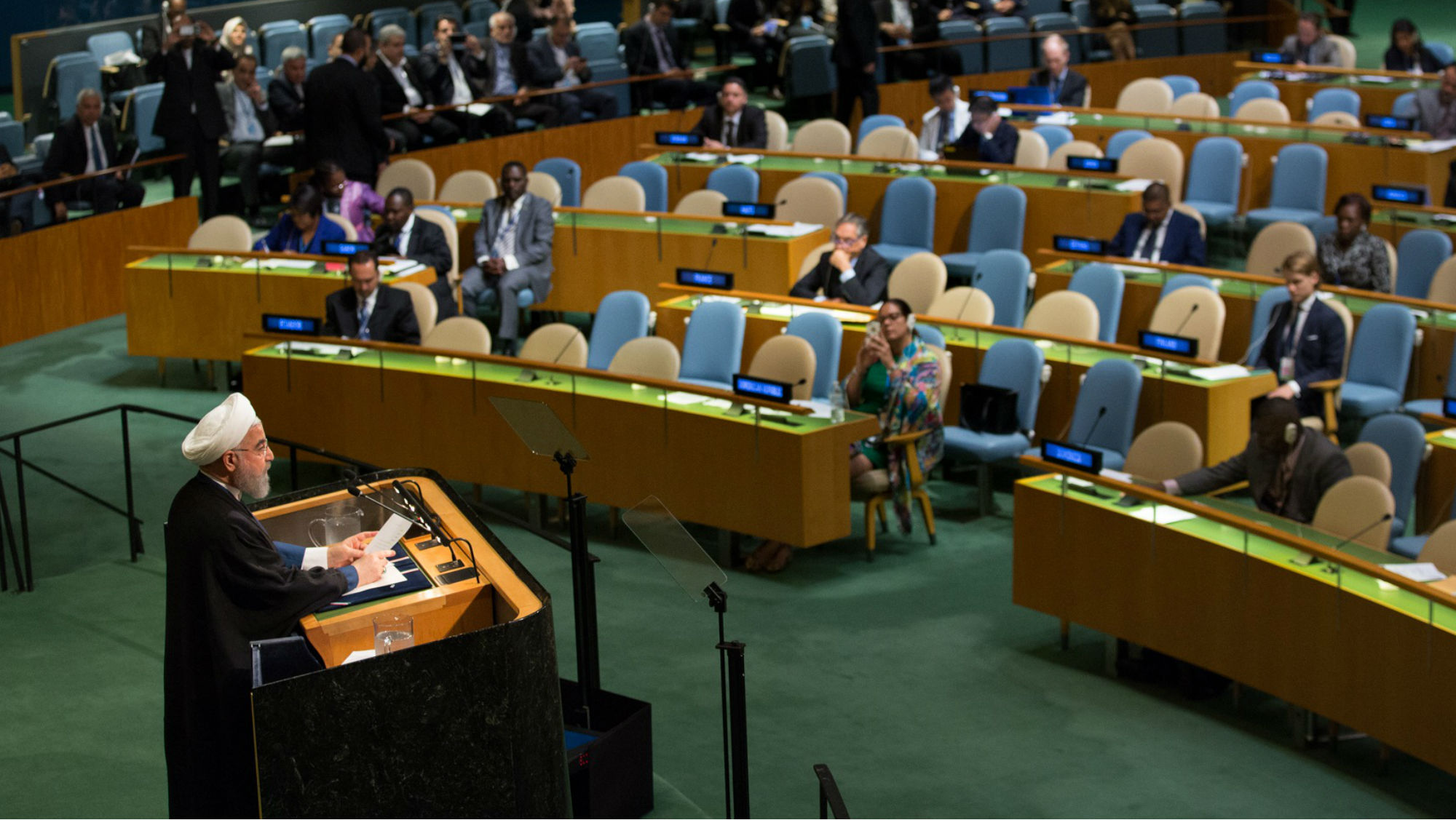 Though the rhetoric around the Iran nuclear deal has at times grown quite heated, Tehran now appears to be making a subtle but significant shift in its public comments on its ballistic missile program. Beneath the surface, however, this shift is more of a diplomatic gesture than a real change in policy.

At a conference in Tehran on Oct. 31, the commander of Iran’s Islamic Revolutionary Guard Corps reportedly said the country’s supreme leader had limited the range of Iranian-made missiles to 2,000 kilometers, or about 1,200 miles. The commander’s comments were couched in the usual threatening terms; at one point, he suggested that if the U.S. implemented new sanctions, Washington should move its bases out of the 2,000-kilometer range. But the commander’s declaration, at least on the surface, is a signal that Iran is willing to make some concessions to the United States in return for better relations.

Iranian officials had previously said Iran was pursuing a ballistic missile program as a deterrent, warning that no country would be able to limit the range, power or precision of its missiles. The shift marked by the commander’s comments is particularly surprising considering how acrimonious the relationship between Washington and Tehran has been in recent months. Iran has conducted at least two ballistic missile tests since U.S. President Donald Trump was elected last year – one in January and another in March. Those missile tests led, in part, to new U.S. sanctions against Iran and played a role in Trump’s decision to decertify the Iran nuclear deal earlier this month. Over the weekend, Iran’s Fars News Agency claimed that the Iranian president had refused to meet with Trump in New York in September. 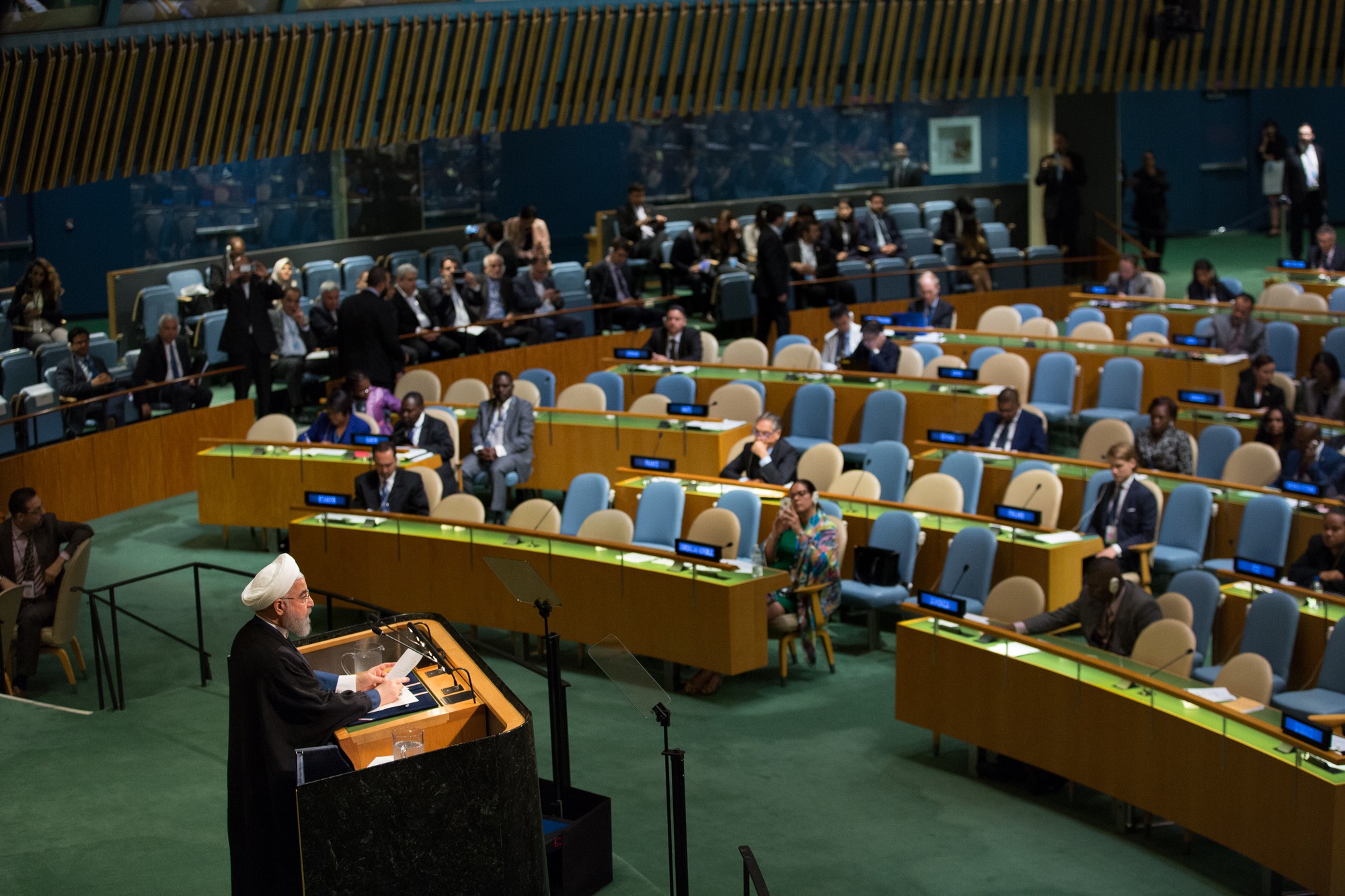 To understand why Iran might be willing to limit its ballistic missile program, we need to go back to the reason Iran signed the nuclear deal in the first place. The agreement, reached in July 2015, came down to shared interests between the United States and Iran. By summer 2015, the Islamic State had overrun parts of Shiite-dominated Iraq and Bashar Assad’s Alawite-led regime in Syria – both Iranian allies. Iran viewed the rise of the Islamic State as an existential threat. The United States, which had spent so much blood and treasure to try to bring liberal democracy to Iraq, also viewed the Islamic State as a significant threat, and was eager to recruit new allies in the fight to destroy the self-declared caliphate. That made the U.S. and Iran partners.

At the same time, international sanctions against Iran were beginning to bite, and Iran wanted badly to cast off its global pariah status and rejoin the global economy. Since the deal was signed, Iran’s economy has soared: Its gross domestic product grew by 12.9 percent year-on-year in the first quarter of 2017 and by a staggering 16.8 percent year-on-year in the fourth quarter of 2016, according to Iran’s central bank. Much of this growth can be attributed to Iran’s oil exports, which have reached roughly 4 million barrels per day, the same level Iran exported in 2012 before the sanctions went into effect. But with its economic recovery in full swing, Iran is now nervous that the current U.S. administration could cancel the nuclear deal and impose new sanctions that could jeopardize the economic progress it has already made.

Yet, while Iran was willing to give up certain aspects of its nuclear program to achieve this progress, it didn’t give up all of it. Iran agreed to eliminate almost all of its stockpiles of enriched uranium and to reduce the number of centrifuges by two-thirds, among other things. But, as Tehran has repeatedly pointed out, the nuclear deal did not cover Iran’s ballistic missile program. Weapons-grade fissile material is an important part of building nuclear weapons, but it is useless if it can’t be delivered to its target. And Iran, despite the technical progress it made in enriching uranium, does not possess the kind of advanced ballistic missile technology necessary for it to claim a legitimate nuclear deterrent.

Iran already has missiles, likely acquired in 2005, that can go beyond the supreme leader’s 2,000-kilometer limit. What it hasn’t been able to do is domestically build missiles that can go much beyond that. Its recent tests appeared to have included a new ballistic missile – the Musudan, acquired from North Korea, according to the Center for Strategic and International Studies – with a range greater than 2,000 kilometers; that’s what made these tests so provocative. (The Musudan is an intermediate-range ballistic missile with a range of about 4,000 kilometers.) After a test in July 2016, Iran modified the missile and gave it a new name – the Khorramshahr. It is believed that Iran tested this missile in January and displayed it during a military parade in September. Its experiments with the Musudan suggest that its lack of a domestically made ballistic missile that can go beyond 2,000 kilometers shouldn’t be confused with a lack of desire to build one. 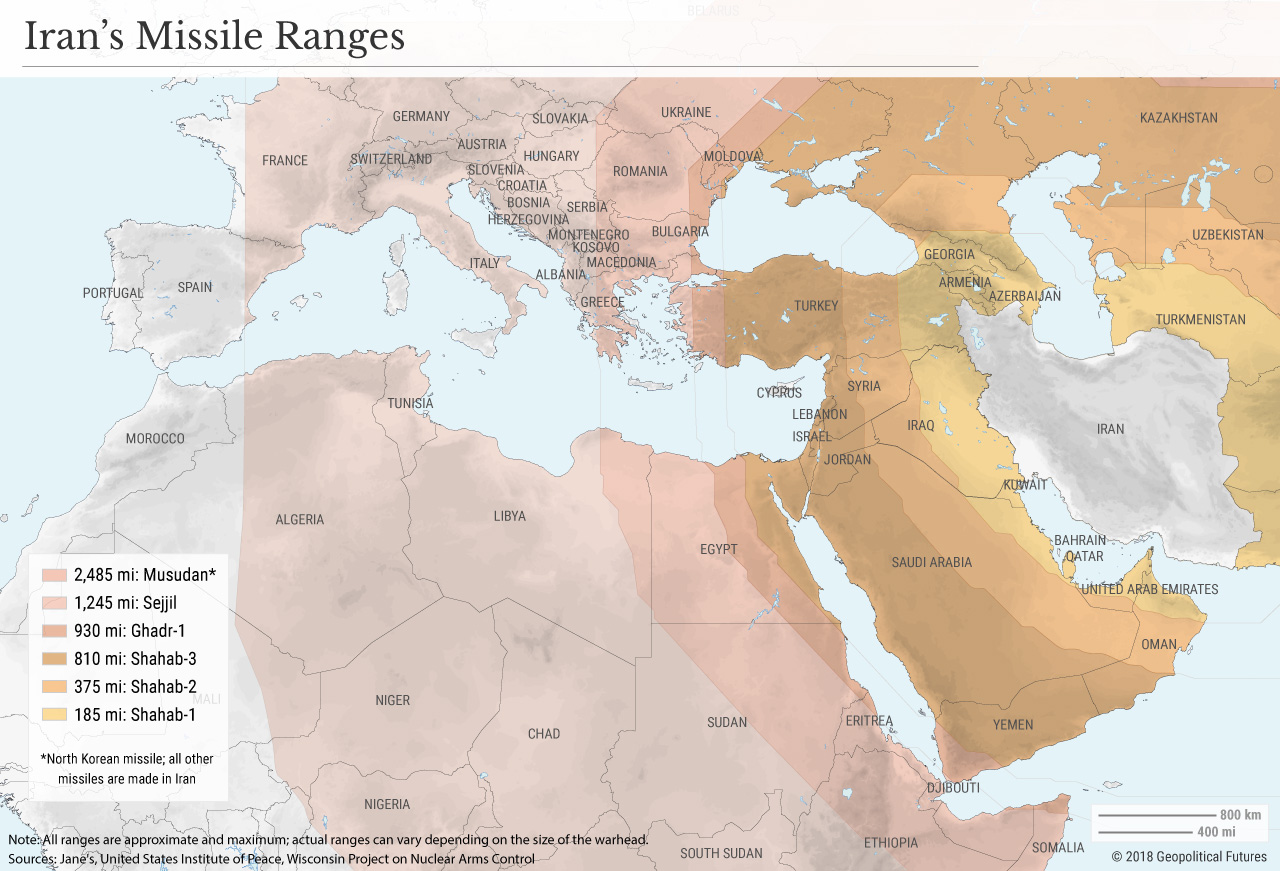 It’s unlikely Iran will simply abandon its nuclear program. Like North Korea, Iran is a country with a deep-seated suspicion of American intentions. In 1953, the same year the armistice ended hostilities on the Korean Peninsula, a faction of the Iranian military supported and funded by the United States and the United Kingdom overthrew Mohammad Mossadegh, Iran’s democratically elected prime minister. Iran has not forgotten this. And so Iran has continued to develop its ballistic missile technology, which may not violate the terms of the deal but could certainly violate the spirit of it.

This leads us back to the IRGC commander’s comments. At this time, Iran can’t manufacture missiles with a range greater than 2,000 kilometers, so whether the supreme leader restricted the production of such weapons is a moot point. Iran is more interested in honing the technology it does have, preferring to test shorter-range, domestically produced missiles to increase their accuracy. Iran is also interested in keeping its economic momentum going, and in containing the inevitable Sunni jihadist insurgency that will accompany the Islamic State’s territorial dissolution. It does not need a global committee debating whether it is pushing for intercontinental ballistic missiles.

And so Iran is trying to signal to the U.S. and to the world that its ballistic missile program is defensive by claiming to have limited the range of its missiles. In the long term, this empty, rhetorical gesture will not carry much weight, especially as Iran’s missile technology improves. But in the short term, while the U.S. deals with an even more recalcitrant regime in pursuit of nuclear weapons in Pyongyang, and while the world seeks to get rich from economic opportunities in Iran, the nuclear deal partners are willing to accept diplomatic niceties if Iran refrains from provocative behavior. In any case, Iran risks little by making its ballistic missile program appear modest.

What a war with North Korea would look like