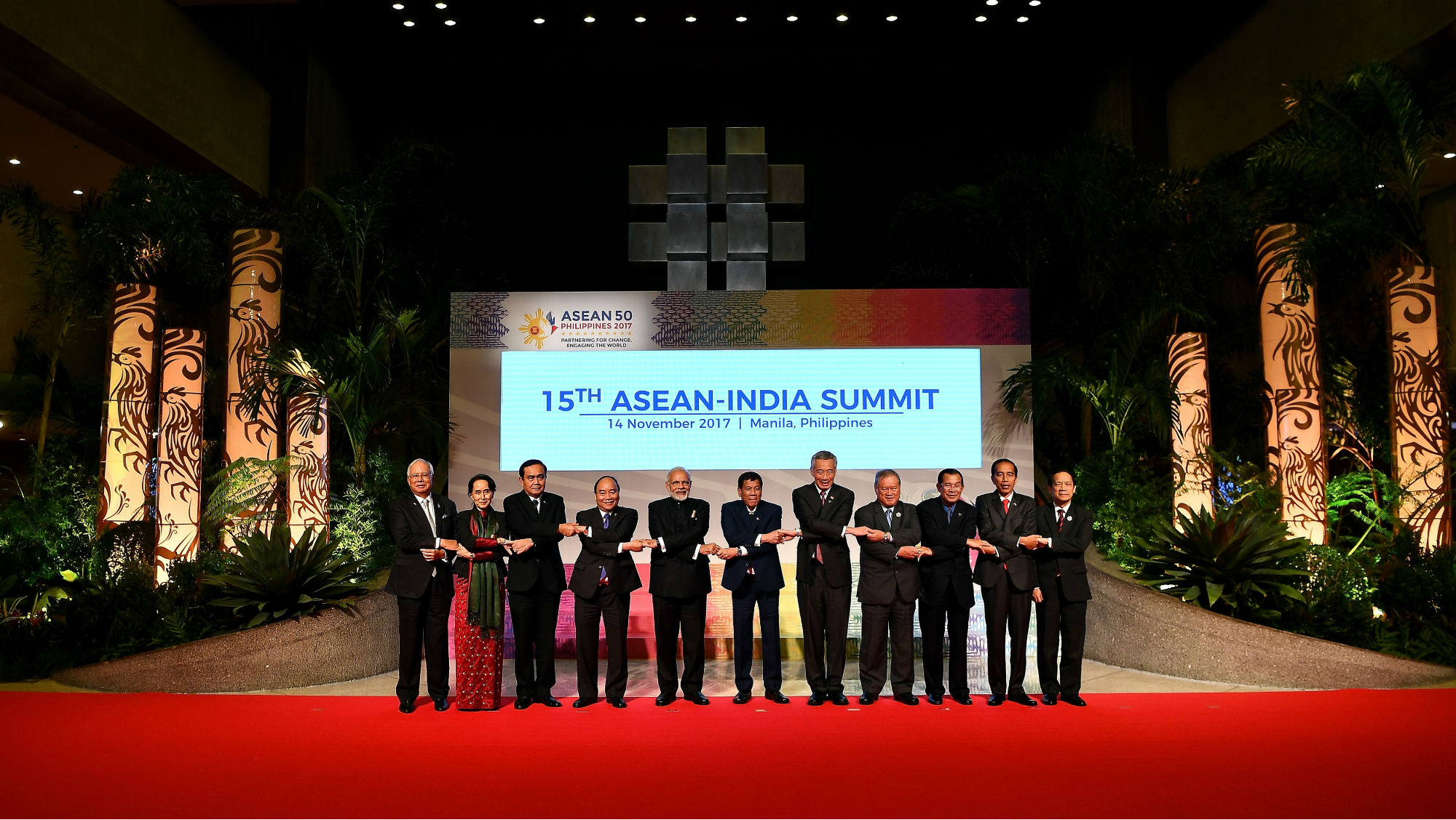 Power is inflationary. As countries become stronger, their interests expand beyond their borders, where they must find new ways to protect those interests. India is no exception. Its expansion, though, brings it into contact with China, a much more formidable country that competes with India for land-based and maritime trade routes in the Pacific. China and India have protocols in place for dealing with neighbors such as Nepal and Bhutan, which they border by land. But they have less established rules of engagement for dealing with Southeast Asian nations, which, as coastal, peninsular and island nations, require different strategies.

India is putting its expansion efforts on display this week, hosting the first ASEAN-India Connectivity Summit, aimed at supporting infrastructure development and trade partnerships between India and the members of the Association of Southeast Asian Nations. It is part of India’s Act East policy, an initiative to strengthen economic and security ties with Southeast Asia. India hopes that this policy will help it meet its objectives both on the domestic and international fronts. Domestically, Act East will encourage economic development in India’s Northeast region, an area poorly connected to the rest of the country. Internationally, this policy aims to expand India’s presence in Southeast Asia so that it can serve as a counterweight to China.

India’s attempt to gain a foothold in the region isn’t new. India and ASEAN countries have been holding summits for the past 15 years. They signed a free trade agreement in 2009, and trade between them totaled $71 billion in 2016-17. In fact, the Act East policy started as the Look East policy in the early 1990s. Since then, every Indian government has pursued the initiative but made little headway, in part because all development and infrastructure initiatives are long-term projects. But it’s also because these governments faced serious domestic divisions. The lack of internal coherence made it difficult for India to exert power abroad. But the government of Prime Minister Narendra Modi has been able to centralize power by implementing new tax systems, new bankruptcy rules, a national demonetization drive, income tax reform, real estate reform and a national infrastructure stimulus program. These moves could help Modi finally pursue a more proactive foreign policy and make inroads in Southeast Asia.

Leaders from ASEAN member states pose with Indian Prime Minister Narendra Modi during the 15th ASEAN-India Summit on the sidelines of the 31st ASEAN Summit in Manila on Nov. 14, 2017. MANAN VATSYAYANA/AFP/Getty Images

India is now using the Act East policy as a counter to China’s own ambitious One Belt, One Road initiative, a vast network of infrastructure projects that promises to build connections throughout Asia and into Europe. This week’s summit is part of India’s efforts to respond to OBOR. Representatives from all 10 ASEAN member states as well as Japan are in attendance. India’s road transport minister already announced that India has proposed a $1 billion line of credit to promote land, sea and air connectivity projects with the ASEAN bloc. Some projects, like the India-Myanmar-Thailand trilateral highway, are already in the works. Indeed, $1 billion is a lot of money, but not nearly enough to fully fund all of these initiatives.

OBOR poses a major challenge and potential threat to India. India has already objected to one important component of OBOR, the China-Pakistan Economic Corridor, partly because it passes through the disputed Kashmir region. Earlier this year, China also tried to expand a road onto land that Bhutan claimed was its territory. A strong ally of Bhutan, India got involved in the border dispute and tensions escalated before a diplomatic settlement was reached. Though these developments do not mean China is about to gain a major foothold in South Asia, India cannot wait for that to happen to respond.

In addition to its land-based infrastructure projects, China has been working on its maritime-focused String of Pearls initiative, which will connect China to North Africa and the Middle East through a series of ports along the Indian Ocean. To successfully contain and counter Beijing’s maritime expansion, New Delhi will need to partner with other countries. India is building up its navy, but it currently does not have the capabilities to patrol sea lanes alone.

This is where Japan comes in. Japan also fears China’s growing power in East Asia and wants to limit it. Tokyo has helped coordinate the ASEAN-India summit, and last week, Japan and India held their own Act East Forum. The forum aimed to expand cooperation between Japan and India’s Northeast region, an area of particular importance for anti-China efforts because it shares a border with China. Japan has been described as a linchpin in India’s Act East policy, and its cooperation with India will help both countries increase their influence over ASEAN members, offering alternative sources of investment and support for these countries.

Notably, Cambodia, Myanmar and Vietnam – all of which are ASEAN members and are attending the summit this week – historically have close ties with China. They understand well the rivalry between India and China, and they are aware that Beijing opposes India’s move to expand its reach into the Pacific. They chose to attend the summit anyway. This could be a sign that countries in the region are genuinely tiring of China’s demands and its claims to territory in the South China Sea. It could also be a sign that these countries are adopting a strategy similar to that of the Philippines, which plays two powers – China and the U.S. – off one another to extract better trade, security and investment deals.

It will take far more than a $1 billion credit line for India to fully counter China’s influence in Southeast Asia. But with ties between Japan and India growing, the ASEAN-India summit might be a sign that an anti-China bloc in Southeast Asia is emerging.