Sign in
Login
Subscribe
Subscribe
Sign in
Welcome! Log into your account
Forgot your password? Get help
Create an account
Privacy Policy
Create an account
Welcome! Register for an account
A password will be e-mailed to you.
Privacy Policy
Password recovery
Recover your password
A password will be e-mailed to you.
Home Analysis Going to the Moon and Going to India
Last weekend marked the 50th anniversary of the Apollo 11 mission, the first manned space flight to the moon. In endless articles, observers are asking why no attempts have been made to land men on the moon since the Apollo program. In considering this, I think it’s useful to examine the U.S. and other space programs against a prior, comparable period of exploration – the European journey to the Western Hemisphere. The similarities and differences between the two will help us understand the issues behind that question. The Race to India The initial European explorations five centuries ago had similarities to the U.S. and Soviet space programs of the 1960s. First, both were extremely expensive and carefully planned. The two countries most competitive in these explorations, Portugal and Spain, spent a substantial proportion of their national budgets on the expeditions. The Portuguese trained captains and navigators and built ships that could sustain a crew for extended periods of time and survive dangerous conditions. They carried out a systematic program of exploration, with each voyage pushing farther south along the African coast in search of a passage to India. Meanwhile, Christopher Columbus had approached several countries, including France and England, soliciting […] 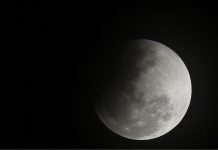