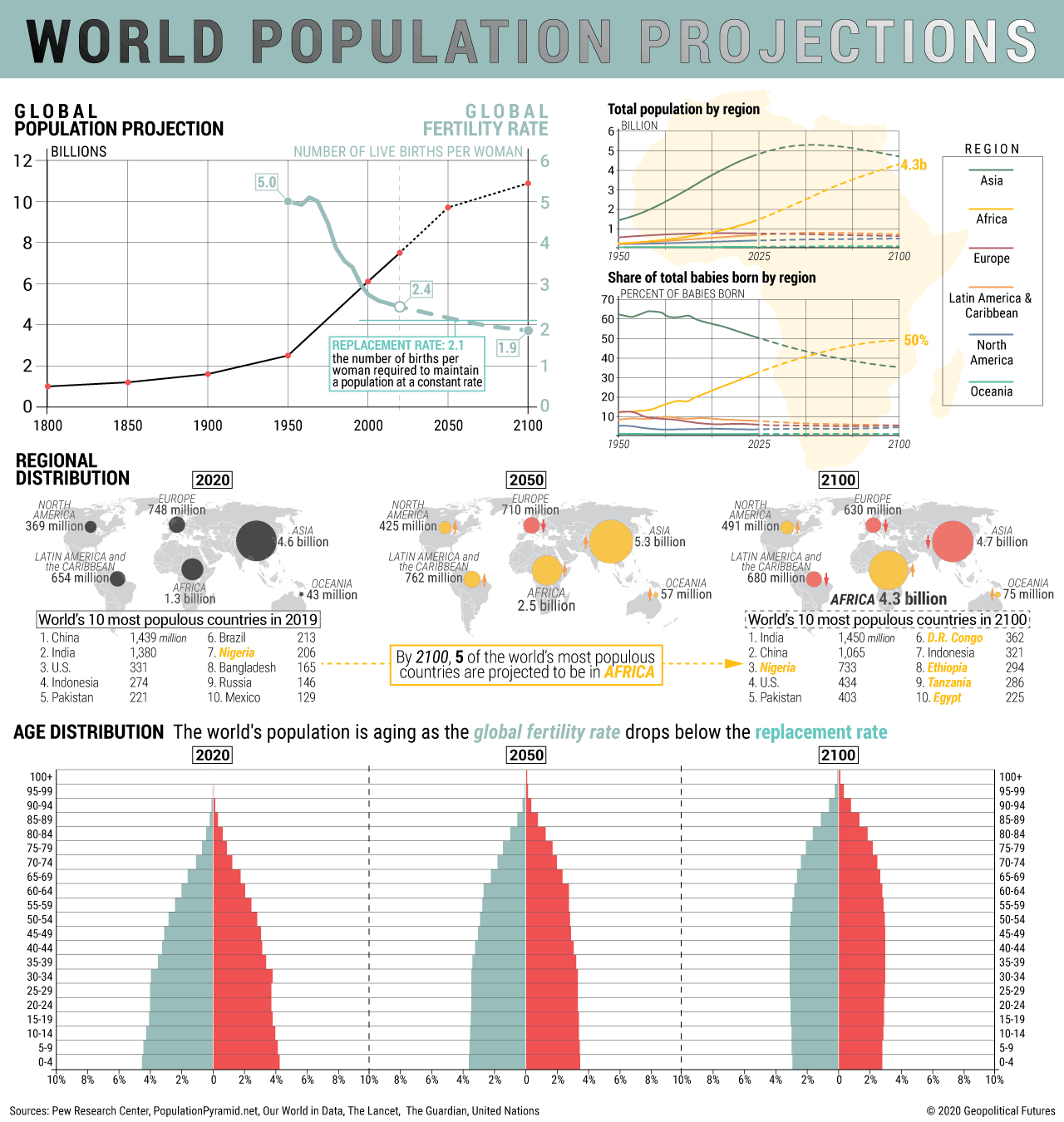 As a starting point, to get a sense of what the world might look like at the turn of the next century, it’s worth looking closely at demographic trends. The predictive power of demographic projections is often overstated. Nonetheless, if recent projections on population trends were to bear out, we would expect them to contribute to a number of potential major shifts in the global economy – and possibly even the global balance of power. For example, places like Western Europe, China and Japan that are already starting to feel the economic effects of aging and/or shrinking populations will see their demographic woes worsen. It’s an open question to what extent technological advances will offset problems like rising health care and eldercare costs and allow them to sustain high levels of productivity. On the other end of the spectrum are those places where populations are expected to boom – India and Africa, in particular. Higher populations mean more mouths to feed and heavier strains on resources, of course, and thus higher potential for instability. But larger labor forces generally mean larger capacity for a country to begin amassing wealth and influence – as well as larger capacity to field a robust military.

And then there’s the U.S, which is expected to be home to another 100 million people by 2100. U.S. birth rates are declining in line with what is happening in most advanced economies, so the bulk of its increase would presumably have to come from immigration. Political volatility regarding immigration in the U.S. isn’t going away any time soon, of course, and thus immigration policy will likely remain chaotic and at times incoherent. But the reality is: The United States’ ability to attract the best and brightest from abroad, along with its ability to continually meet its low-cost labor needs with foreign workers, is a fundamental – and, per these projections, likely enduring – source of national strength.

George Friedman on Life, Work and Money: Geopolitics and Economics