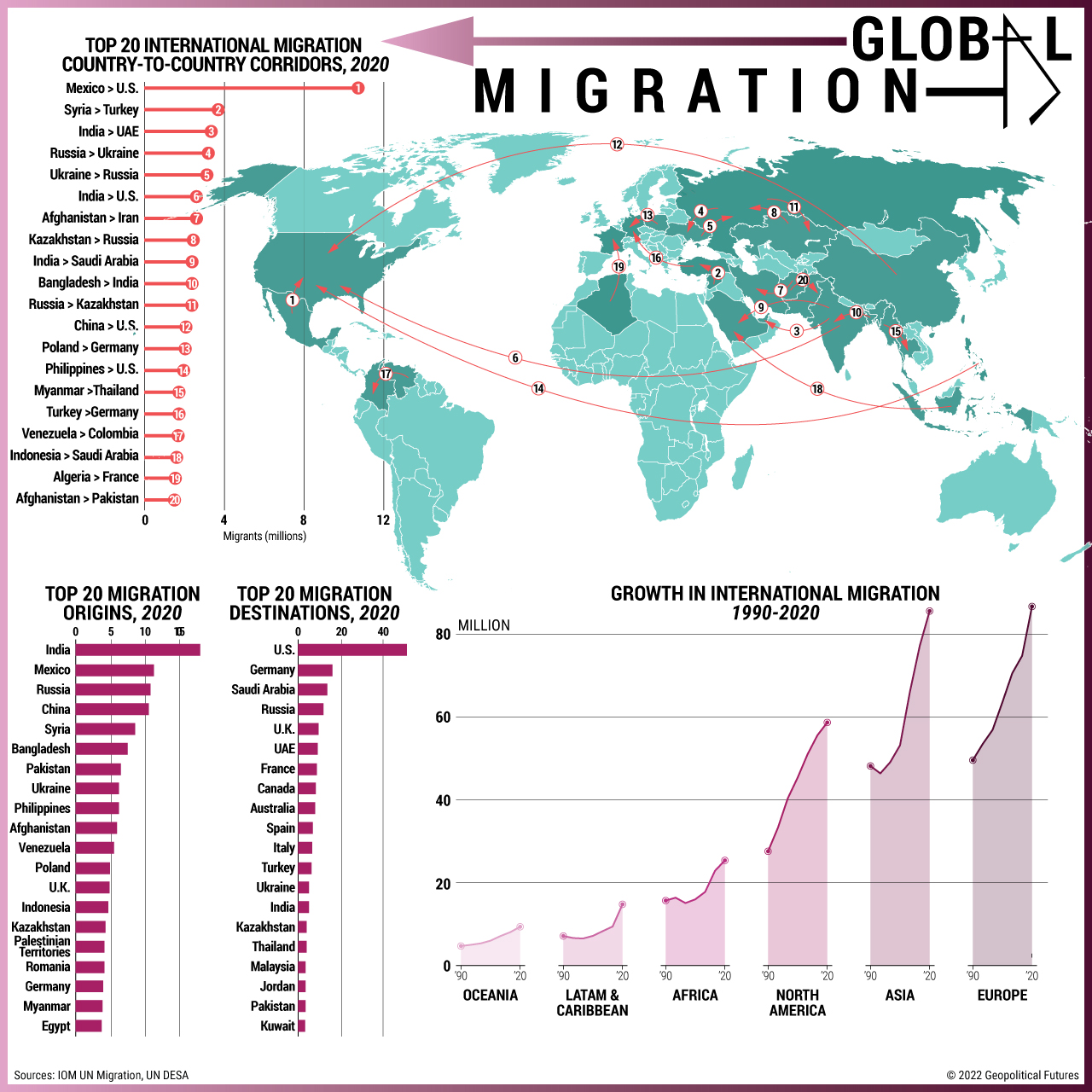 Globally, there are more than 280 million migrants, a record 3.6 percent of the world’s population. Remittances from migrants play a crucial role in low- and middle-income countries, many of which are leading sources of migration, like Mexico and India. It’s also no coincidence their destination countries, like the U.S. and UAE, are among the wealthier countries. Since the mid-1990s, remittances have heavily outweighed official development assistance in developing states. Of the $702 billion worth of international remittances that circulated in 2020, $540 billion went to low- and middle-income countries.

Insecurity also plays a large role in driving global migration and displacement. Nearly 35 million migrants were refugees or asylum seekers, and an additional 55 million were internally displaced. Refugees from Syria, Afghanistan, South Sudan, Myanmar and the Democratic Republic of Congo constitute more than half the world’s refugee population. However, as economic strains magnify food and energy crises, the incidence of conflict will likely increase, spurring new flows of security-related migration.

A Long-Term US Strategy for Latin America 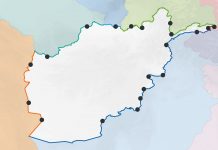