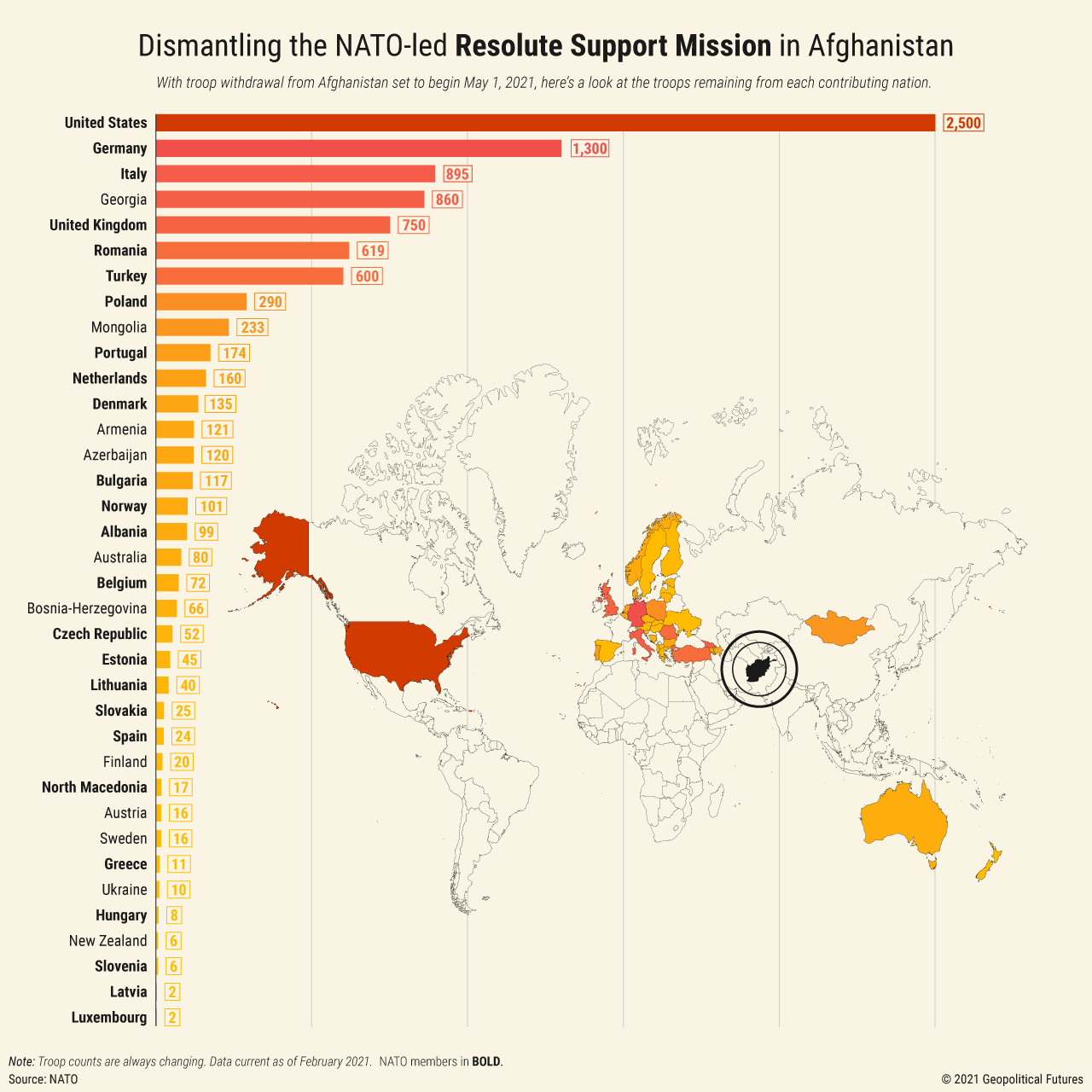 On May 1, forces from NATO member states will begin to withdraw from Afghanistan, marking the final phase of the NATO-led Resolution Support Mission. The mission, which was launched in 2015, was aimed at training, advising and assisting Afghan security forces and institutions to prepare for NATO’s eventual disengagement from the country. There are currently roughly 10,000 troops stationed there – a significant reduction from the peak of 130,000 soldiers from 50 countries – who will gradually exit over the next few months.

The U.S. is set to complete its withdrawal by Sept. 11, but this isn’t its first attempt at an exit. In early 2020, the U.S. government and the Taliban signed an agreement aimed at paving the way to a peace deal and U.S. withdrawal. Afghanistan’s future remains uncertain, though many expect the violence to continue and the Taliban to increase its power. The U.S. and other regional influencers – including Russia, Turkey and Pakistan – are now focused on how to secure some level of stability throughout the rest of the region.