Sign in
Try FREE for a Month!
Log in to your account
Forgot your password? Get help
Create an account
Privacy Policy
Create an account
Welcome! Register for an account
A password will be e-mailed to you.
Privacy Policy
Password recovery
Recover your password
A password will be e-mailed to you.
Home From the Desk of George Friedman George Friedman’s Thoughts: Remembering May 7, 1945
Today, May 7, 2020, is the 75th anniversary of the surrender of Nazi Germany. That day ended an extraordinary period of human history, made infamous by an extraordinary man. I say Adolf Hitler was extraordinary because he was at once a maniac and among the most honest politicians in history. He never hid what he meant to do, and what he said he would do he did. He wasn’t above telling lies such as those at the Munich accords when it suited his purpose, of course, but in a sense those were acts of charity, freeing those afraid to act from the need to act. About his maniacal thoughts, he was always honest. In “Mein Kampf,” he described in detail his true intentions. Imagining death on such a scale, so thoroughly and efficiently, is astounding. Geopolitically, there was nothing extraordinary in his actions. When Germany unified in 1871, an economic dynamo was created in Europe. Germany quickly passed the French economy and was challenging the British. The rest of Europe feared its growing power and so formed an anti-German bloc comprising Britain, France, Russia and others. Germany faced a blockade from the sea and potential simultaneous attacks from France and […] 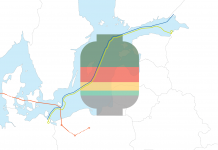