Sign in
Try FREE for a Month!
Log in to your account
Forgot your password? Get help
Create an account
Privacy Policy
Create an account
Welcome! Register for an account
A password will be e-mailed to you.
Privacy Policy
Password recovery
Recover your password
A password will be e-mailed to you.
Home Analysis From London to Space War
From the beginning, mankind’s presence in space had to do with war. In World War II, humanity went beyond the Earth’s atmosphere in order to kill. The first rocket that passed out of the Earth’s atmosphere was neither American nor Soviet but rather the German V-2. It was the first combat missile and had a maximum speed of over 3,000 miles per hour. (The V-1 rocket – basically what is today called a cruise missile – had an air-breathing engine and traveled at a speed of about 350 miles per hour, slower than most World War II fighters. It could, therefore, be shot down if detected by radar.) The V-2 was powered by liquid fuel – alcohol mixed with liquid oxygen for combustion. It had limited guidance and tended to fly on a trajectory that took it out of the atmosphere and back. The first V-2s hit London, when they hit anything at all, since they had a high failure rate between launch and impact. It had a warhead weighing 2,200 pounds – about half the payload of a B-17 – but with the explosion being concentrated, it did not distribute the blast efficiently. Nevertheless, it devastated whatever it hit. […] 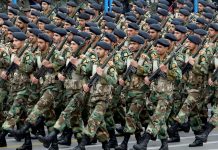 Iran and the Problem of Occupation Warfare 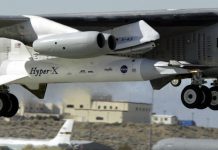 The Calculated Risk of the Coronavirus