Sign in
Try FREE for a Month!
Log in to your account
Forgot your password? Get help
Create an account
Privacy Policy
Create an account
Welcome! Register for an account
A password will be e-mailed to you.
Privacy Policy
Password recovery
Recover your password
A password will be e-mailed to you.
Home From the Desk of George Friedman Friedman’s Thoughts In and Around Geopolitics: Texas, the Comanche and a Virus
On an ordinary weekday, my wife and I went for a drive for no reason other than after weeks of being in lockdown we had to get out of the house, as the distinction between days had worn thin. We drove west on Fitzhugh Road, which took us along the Pedernales River and ended in Johnson City, the town founded by the family of Lyndon B. Johnson and home to the house in which the late president grew up. The road there was empty, and as we rose up into the hills, we recalled that we were near the edge of the Comanche Empire. Deep into the 19th century, the Comanche raided the scattered homes that European settlers had built. Legend has it that one raiding party once rode without a stop from Kansas to San Antonio and back again. The Comanche had been a minor nation in the 18th century, wedged into the canyons of the American West, until they mastered the technology that the Spaniards brought with them when they had explored this untamed frontier: the horse. The Comanche understood that whoever could move on horseback could ride far and fast, could strike unexpectedly and could thus impose […] 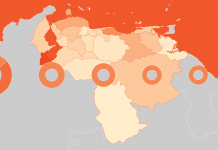 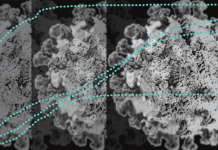 COVID-19: Countries at Risk of a Resurgence

After Hanoi: North Korea, the US and Japan