Editor’s note: To mark Memorial Day in the United States, we are republishing this article, originally published on May 28, 2019.

I’m writing this on Memorial Day, a day dedicated to remembering those who died fighting for the United States and to enjoying the first outdoor gatherings of the summer. For some, marking the day by enjoying the pleasures of a barbecue seems a betrayal of the dead. For me, it is a celebration of life. The dead put themselves in harm’s way, some out of choice and some out of obligation. The deaths of the latter are no less noble for that. The deaths of the former no less tragic. Having a party and giving the meaning of the occasion little thought is not, in my view, a betrayal of the dead but the acceptance of their gift.

War is not far from my family. My son was in the Air Force, and our daughter and her husband were in the Army. The latter both served multiple tours in Iraq, and my son helped design the tools of war. The service of all three caused us anxiety, but we were especially uneasy about our daughter. I had encouraged her to choose the route that ultimately led her to serve with the First Cavalry in Iraq. Men have gone off to war for millennia, but seeing your daughter place her body in harm’s way is particularly agonizing. I understand that it is impolite to imply that women are different from men, but it is undeniable that fathers view their daughters differently than they view their sons. We are enormously proud of her, yet we are challenging the history of human practice in sending women to war. My generation brought forth this change, and it is the generation the least at peace with what we wrought.

War has changed in another way. When people of my generation went to war, they had no contact with home, save for a handful of hastily written letters. During our daughter’s deployments, my wife and I would be lying in bed when our phones came alive with texts, emails and pictures, particularly of Persian rugs being sold by itinerant Turks at enormous discounts. My wife supported the war effort by buying rugs that our daughter shipped home in between missions. (Our home is still immersed in them.) The contact between those who went to war and those who stayed behind was an indication to me that the face of war was changing. War was no longer reserved to a land far from home; it was merely a text away. My generation could not text home, nor do much more than imagine the home whose desolation we were told we were protecting. But having more contact did not make things easier for anyone. It created a dynamic between mother and child that Homer never imagined – and he imagined a lot.

All three returned from their duty, with scars on their souls. They were the kind of scars that come from linking your life to the dead and wounded. For the rest of us, today is meant to be a day of remembrance. But it is hard for those who have not gone to war or whose family members did not serve to be sobered by it. Inevitably, it has become one of America’s cherished three-day holiday weekends.

Some would say that the parties and barbecues are a betrayal of the obligation to remember. I don’t agree with that. Every warrior’s purpose is to protect the homeland from the harsh truths of war. Having done so, it should not surprise that people celebrate Memorial Day with parties and barbecues. The Republic was founded on a deep tension. It was dedicated to life, liberty and the pursuit of happiness, but it also emerged from a revolution that was the bloodiest war in American history, resulting in the deaths of about 1 percent of all white males.

Some argue that the happiness that they fought for does not refer to our shallow hedonism but rather to a well-ordered life. That may be true, but in believing in liberty, they left it to all of us to determine what a well-ordered life is. Even Benjamin Franklin and George Washington had different interpretations of a well-ordered life. Franklin apparently partied heartily in Paris when he represented the American rebels there and did not deny himself pleasure during the winter of Valley Forge. War and happiness compete, but they also complement each other. We will have a barbecue today, and I will make a toast to those who didn’t make it. Our forgetfulness may seem to be ingratitude, but it’s actually a celebration of what could not have been without war. My parents would not have survived had World War II lasted another six months. I would not have been born without the Allies’ victory at Normandy – a victory whose 75th anniversary is one week away. But our memories are limited; how many of us mourn the dead at Gettysburg? We pay tribute to them not by recalling memories of war but by living the fruits of victory.

The tension and connection between war and happiness is complex. Putting your life at risk and being far from everything that is yours is not a happy time. It may inspire some nostalgia, but there is little in war beyond drudgery and fear. Still, mortal enemies become friends, as nations and as people, and life goes on. This is not a defense of war. War needs no defense. But opposing war is like opposing bad weather. It is not amenable to our wishes. So, we live with it, and we live after it.

This weekend, our daughter and her husband are having a Memorial Day party. It will consist of multiple televisions playing old war movies and friends and neighbors coming and going. At first, I thought this idea was demented. I later realized it was perfect. They were combining fun with remembrance. On the surface, there will be drunken frivolity. Underneath, there will be the endless recollection of those who died, and the soldier’s constant regret of not having saved them.

For the warriors and their families, Memorial Day is a day of reflection. For the rest, it is a day of forgetting what happened and giving thanks unwittingly by living happily. This is not a betrayal. This is the way all countries that experience war, which includes every country in the world, survive. The true weight of the memory of the dead would be too much for us to bear.

The Permanence of War and Peace 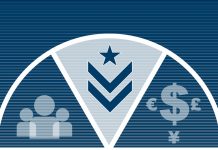 In Poland, Peace May Be a Bridge Too Far

Alliances Shift as the Syrian War Winds Down