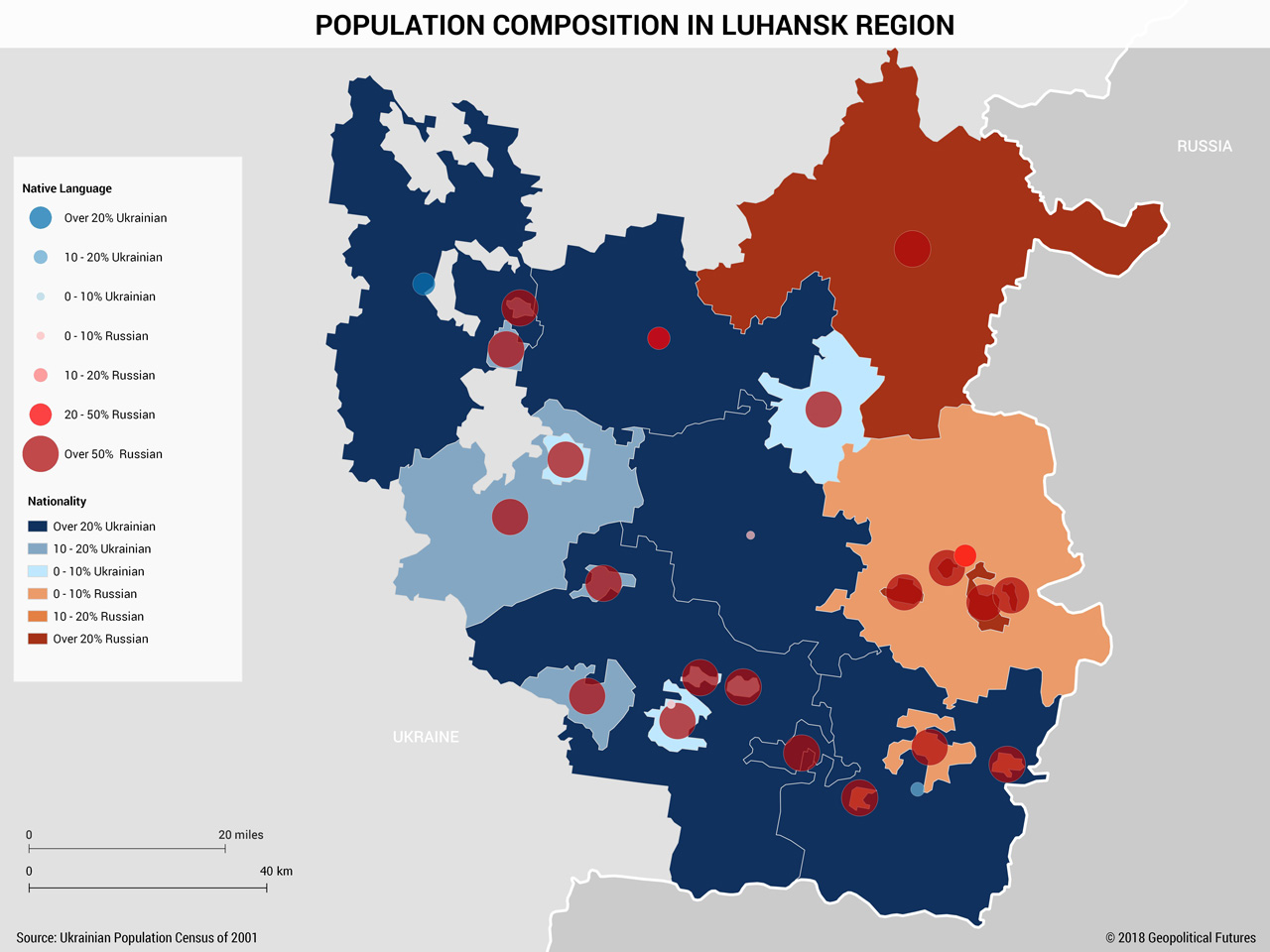 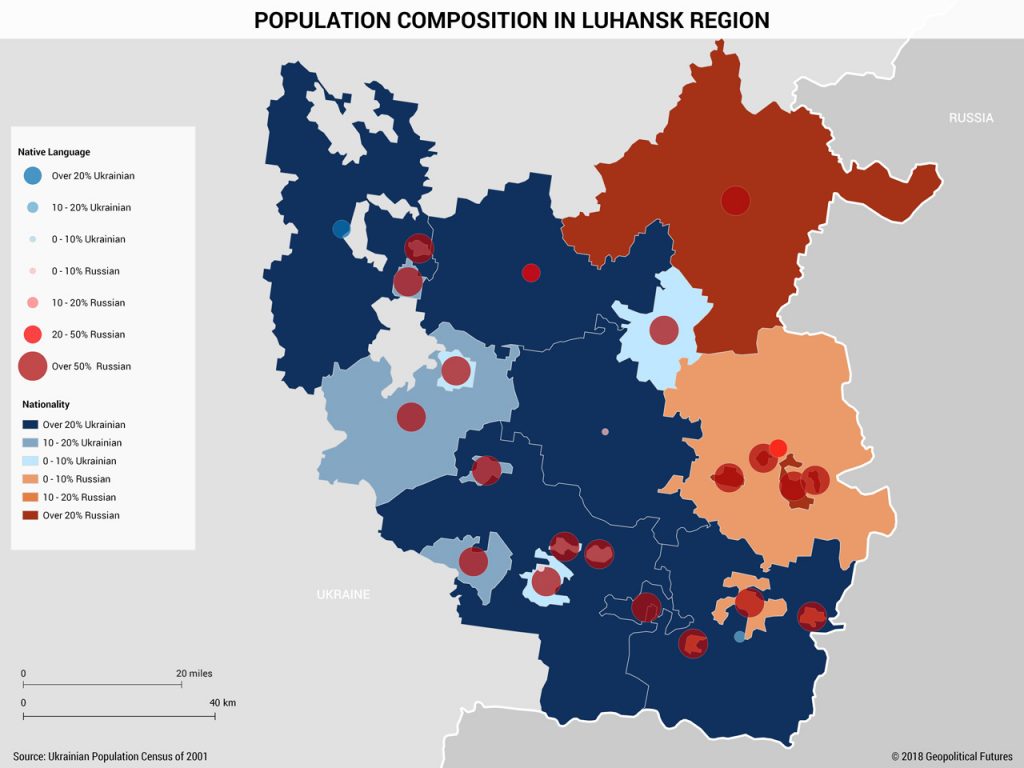 Luhansk is a highly urbanized region that spans roughly 10,000 square miles (26,000 square kilometers). It borders two other Ukrainian regions, Kharkov and Donetsk, but the border it shares with Russia is longer than the one it shares with the rest of Ukraine. It once had a population of more than 2 million, but this number has been declining for years as people fled the fighting for cities like Kiev or Moscow. As of December 2017, the population of the LPR was 1.4 million, with 435,000 of those living in the city of Luhansk.

The population of the LPR can be divided into four categories: Russian speakers (the largest category), Ukrainian speakers, speakers of both languages, and Russian speakers who call themselves ethnic Russians. According to the 2001 census – the most recent census in Ukraine – 52 percent of the population in the LPR is Ukrainian and 44 percent is ethnic Russian. But 77 percent of people said their native language was Russian, and there are areas within the LPR where the Russian population is dominant.

There were three causes for the rise of separatism in Luhansk. First, people were dissatisfied with the government in Kiev, particularly the way it distributed the country’s resources. Many believed (erroneously) that the region’s wealth and resources were being unfairly redistributed to the impoverished and less productive parts of the country, which contributed to a growing sense of alienation from the rest of Ukraine. Second, the Euromaidan revolution bolstered right-wing Ukrainian nationalists who, among other things, tried to repeal the law that allowed regions to give special status to minority languages. The separatists argued that Kiev was trying to diminish the importance of the Russian language in Russian-speaking regions. Last, Luhansk believed there were negative consequences to joining the European Union – specifically reduced trade with Russia and the possibility that Ukraine could be forced to adopt austerity measures similar to those imposed on countries like Greece that have struggled with high debt and other economic problems.

But although there was much pulling Luhansk away from Kiev, now that it’s free it has nowhere to go. Russia doesn’t want to absorb the region and have to dedicate more scarce funds to it. Ukraine won’t accept Luhansk’s return unless the republic forfeits its autonomous status. And although the Donestk People’s Republic would welcome integration with Luhansk, for the LPR it would mean admitting defeat in the struggle for leadership over Donbass. For now – and as long as the parties involved are unwilling to make concessions – the LPR seems destined to remain in this frozen conflict.

George Friedman on The John Batchelor Show: A Long War and Russia on Defense

Iran’s Economy Is Bouncing Back