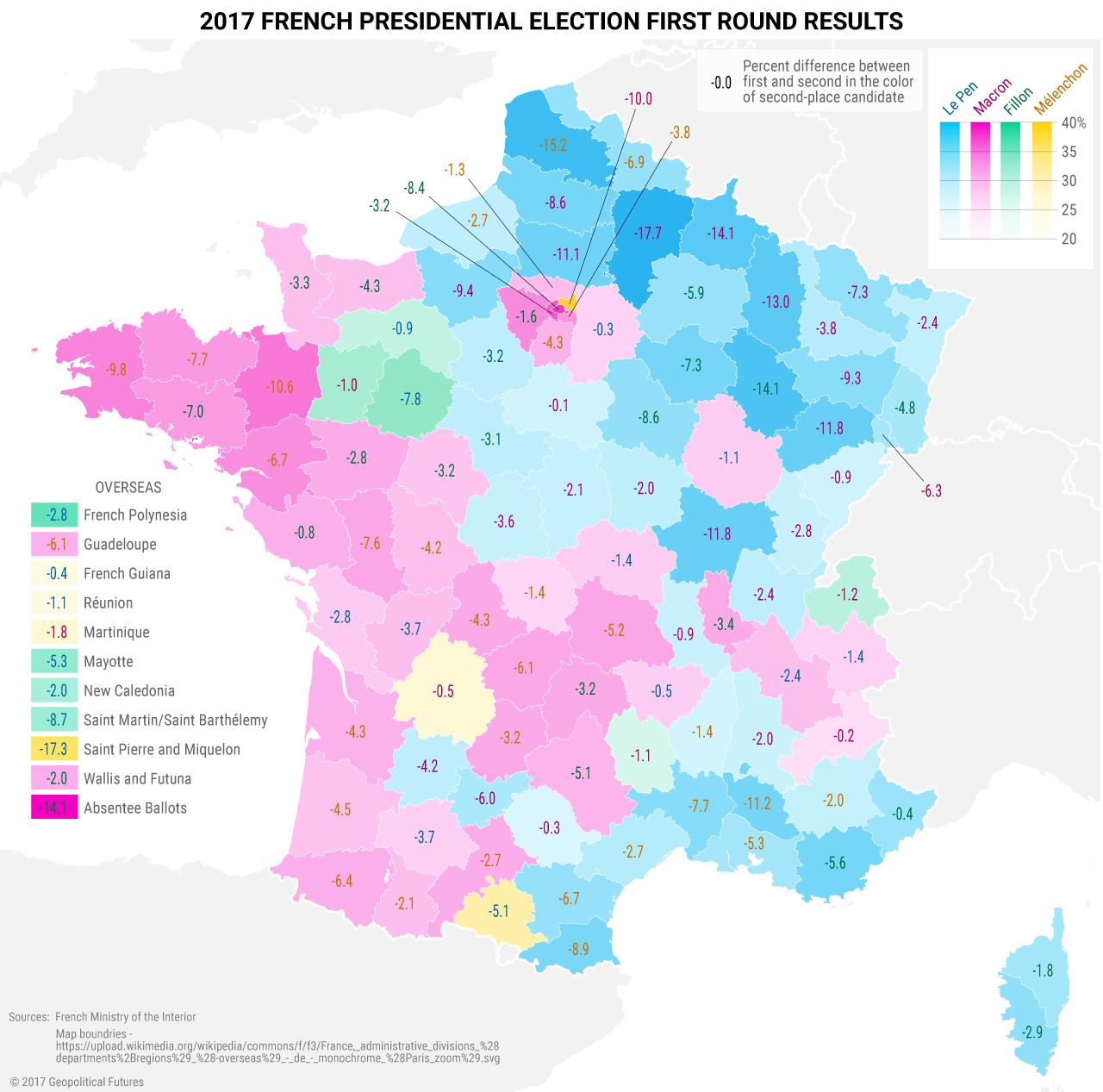 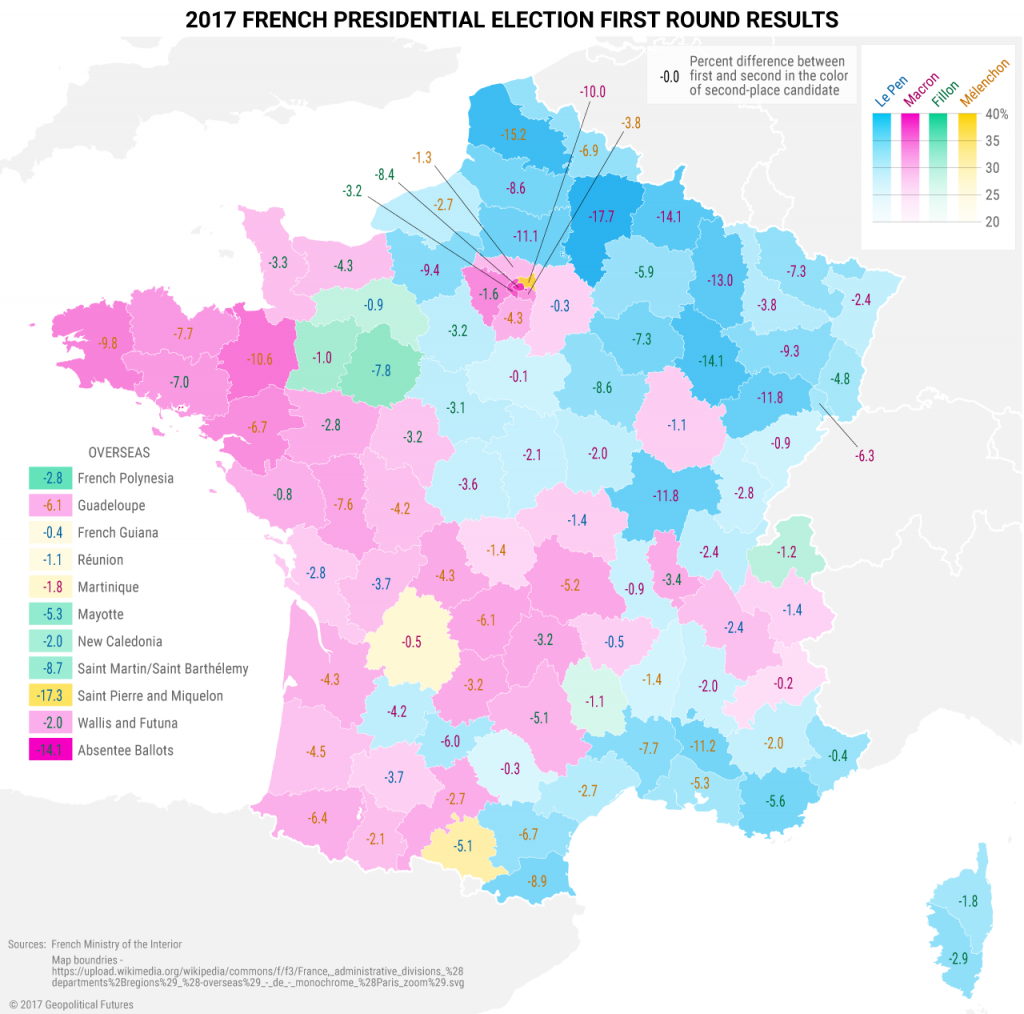 France’s presidential election by itself is not important in the broad scheme of geopolitics. The European Union is failing and coming apart at the seams. It is not just Brexit: Countries are ignoring EU directives as it suits them. If Macron prevails, his victory will not stop this process, although it may shape the way France relates to the EU and Germany in coming years. But Macron cannot fix the structural problems that have doomed the EU. France will have to deal with the same issues as it does today in terms of the EU.

Still, as a barometer of French public sentiment toward the EU and as an indicator of how the EU’s demise will play out, the French presidential election is a compelling test case. This graphic provides a sense of how the next round of voting will play out. It shows both the winner and runner-up in each French department in the first round. The number inside each department represents the percentage difference in the vote between the top two candidates in the first round, with each color corresponding to a candidate.

Two things jump out from the map. First, Le Pen’s support is not just in the south but also in the northeast, the heart of French industrial production. This is where the working class has begun to support the National Front. Second, Le Pen’s chances should not be underrated. She faces an uphill battle in the second round, but her chances at picking up votes in key departments should not be dismissed.

Funding the Rebels in Myanmar