France is the only country in Europe that is both a northern and southern power. The Continent’s northern and southern regions have developed in relative isolation. Two geographic features help pull the Continent in separate directions. The first is the North European Plain – an expansive stretch of land extending from the Russian steppe in the east to the French Pyrenees in the west. Northern Europe, with the densest navigable waterways in the world, is the Continent’s wealthiest region. The second feature is the Mediterranean Sea. Southern Europe is mountainous and lacks a robust coastal plain. Therefore, while rich by global standards, it is poorer than Northern Europe. 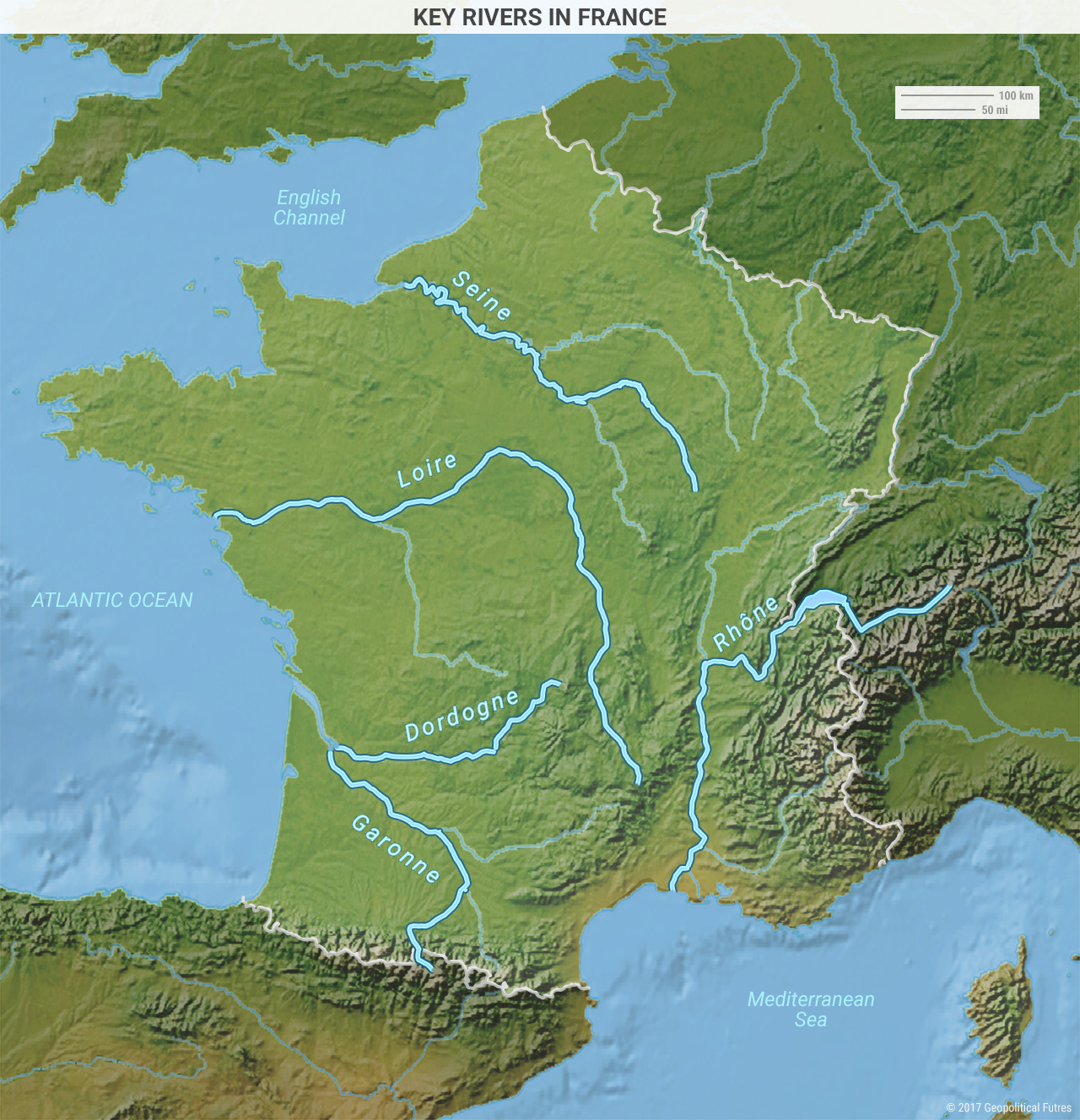 France is unique because it is part of both of these European regions. The Rhône, which begins at the Mediterranean and serves as a trade corridor to Northern Europe, is the only river that unites the south with the north. The Garonne River, with its head of navigation in Toulouse, is only about 90 miles from the Mediterranean and flows west into the Atlantic. This makes France the only country that can project power in any part of Europe. However, France’s status as both a northern and southern European country has posed internal problems due to a disconnect between France’s north and south. 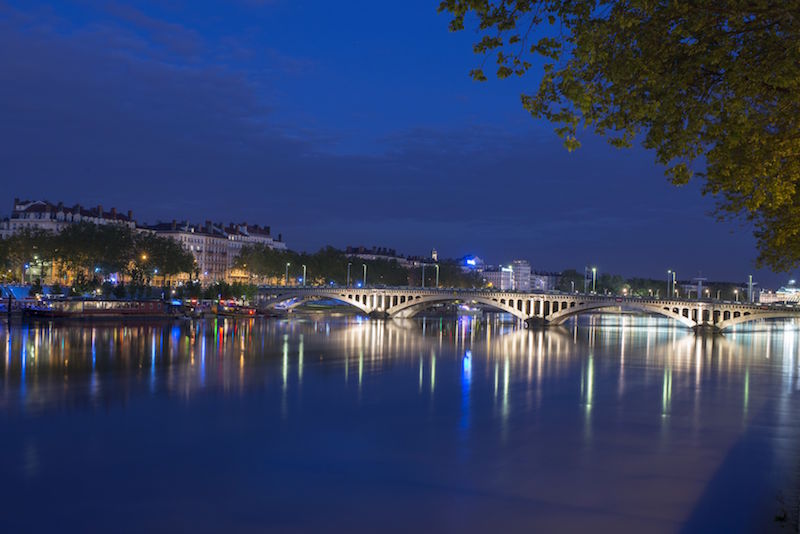 This picture taken on June 4, 2013, shows the Wilson bridge on the Rhône River in the center of Lyon. PHILIPPE MERLE/AFP/Getty Images

This disconnect can be seen in the issues facing southern France today. The south of France is a key region that highlights the challenges the next government in Paris will face after upcoming elections in just over a month. Its experience and problems embody the country’s key concerns.

Currently, the media and the public in southern France are more focused on local issues, and the election is of secondary importance. It is no longer a topic of conversation in French cafes, taking a back seat to more immediate concerns for the average French voter. Apathy over the election is widespread: About 40 percent of French voters have not decided whom they will support. But the most important themes in the current campaign are French identity, security and unemployment. These are all key issues in Provence, where populism is on the rise.

The south of France is one of the most populous regions in the country, with a population of more than 5 million. While its economy has been growing, so have the unemployment rate and the popularity of the National Front, a nationalist party. Positive growth figures have not translated into better economic conditions for French citizens.

The structure of this region’s economy partly explains this disconnect in Provence. While tourism in Côte d’Azur accounts for 7 percent of France’s GDP and 11 percent of the region’s GDP, according to France’s National Institute of Statistics and Economic Studies (INSEE), the education sector is the predominant source of income for the rest of the region. Education and tourism sectors together employ about 80 percent of the region’s workforce. Other industries that employ workers here – pharma, gas and water distribution, and electrical and electronic components – are important, but more than 90 percent of the enterprises affiliated with these sectors are small and only employ up to 10 people. These sectors have suffered less than others since the 2008 financial crisis.

The region does not have large automobile and textile industries, which were hit hard by the crisis, forcing companies to lay off personnel and implement restructuring programs. Real estate and construction were the only sectors in southern France that slowed down as a result of the crisis. But these sectors only account for 12 percent of the region’s GDP and have rebounded according to the latest data from 2016. All in all, the economy has shown positive signs, registering a growth rate of 2 percent last year, according to INSEE.

However, southern France has one of the highest unemployment rates in the country – between 11 and 13 percent. The Provence-Alpes-Côte d’Azur region has the fastest-growing population in the country, increasing by 73 percent since the 1960s compared to France’s national average of 35 percent. Immigration has increased even though other regions in southwestern France have become more appealing for immigrants in the last 10 years. The region also has one of the highest poverty rates in the country, with more than 15 percent of the population living below the poverty line, according to French statistics from 2013. During tourism’s off-season, economic stagnation is more visible: Local restaurants close early, shops adapt to the slow provincial pace of life and the only lively areas are near universities and business centers.

Geography offers another explanation for the contradiction between the region’s economic development numbers and social realities. Much of the region’s economic activity is concentrated along the 400-mile coastline, which encompasses just 10 percent of the region’s territory and is home to more than three quarters of the population. Last year’s terrorist attack in Nice hurt the tourism industry, and a slowdown in global trade and investment had a negative impact on Marseille and its shipbuilding industry. “For Sale” signs scattered around neighborhoods in Nice also indicate the negative effects of real estate’s slowdown.

Half of Provence is mountainous and most of the population is urban, relatively decoupled from the realities of tourist-heavy Côte d’Azur and the major port of Marseille. Universities, the center of gravity for these urban communities, are dependent on international students – many of whom came to France through European Union exchange programs before 2010. But because European demographics no longer supply a steady flow of students to these universities, they have begun marketing to Middle Eastern countries and, less successfully, Asia. All of this ties into the region’s new challenges, particularly regarding immigration.

The region has been the traditional point of entry into the country for North Africans. This has helped the economy, since companies can take advantage of lower-cost labor, but it also has contributed to a growth in nationalism. While immigration from North Africa is not new for the region, security concerns have grown over the last several years, especially since the Nice terrorist attack. Job creation in this region is limited, and youth unemployment is high. As elsewhere in Western Europe, migrants often get jobs faster than locals because they are willing to accept lower salaries.

These local realities create regional problems that pull campaign discourse toward issues like identity, security and unemployment. The region, fearful of the negative effects of immigration, has long been wary of European Union integration, especially its impact on the economy. Small shops in Provence complain just as much as small businesses in rural Britain about the problems that have arisen from policies made in Brussels. Small business owners argue that they will never get access to the EU market, as rules governing the market have killed their chance to be competitive.

For these reasons, the region’s attitude toward EU integration should be no surprise. In 1992, Provence voted against the Maastricht Treaty. In 2005, more than 55 percent of people in Provence voted against an EU draft constitution. The region has historically voted for the French right, and support for the National Front has grown over the last two elections. In 2015 local elections, the party received 20-25 percent of votes. As the economy weakened, nationalism and populism became more prominent in Provence, as they did throughout France and Europe. However, apathy and disengagement from politics also have grown.

France’s position as both a southern and northern European country will continue to present challenges, even though it is also an advantage for the country’s position in Europe. Provence’s development will depend on how both economic and security challenges evolve. France needs to take a broader view and balance between looking to its east (and preparing for any threat that may come from the North European Plain) and looking to the Mediterranean – which presents its own security challenges.

What We’re Reading: Alone in Communities and the Plague