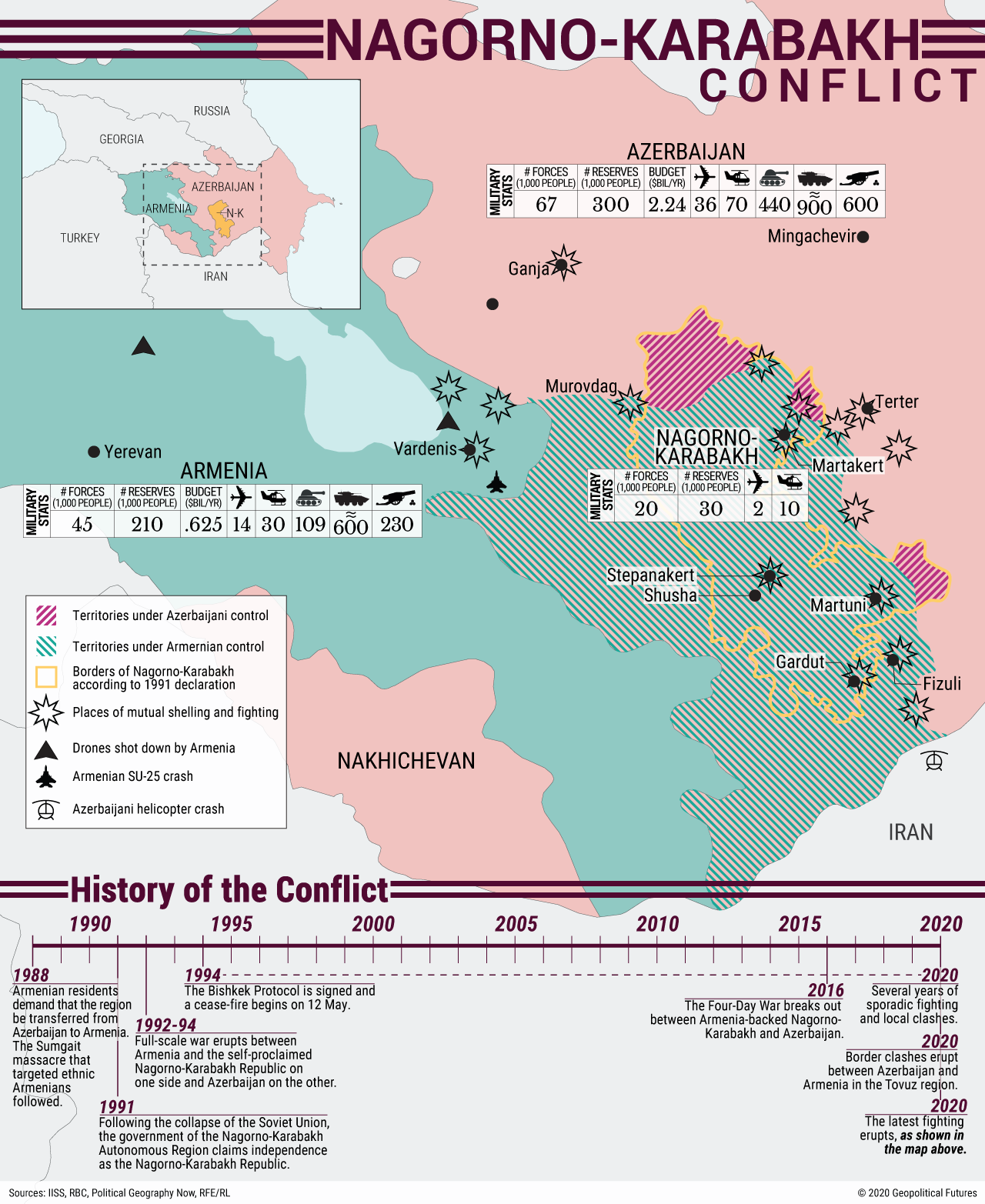 Following the breakup of the Soviet Union, the enclave of Nagorno-Karabakh became a battleground for the newly independent states of Azerbaijan and Armenia. Armenia declared Nagorno-Karabakh, which has a majority ethnic Armenian population, part of its territory, while Azerbaijan claimed it as its own. The two countries have sparred over the region ever since, leading to occasional fighting and cross-border skirmishes, the most recent of which began on Sept. 27.

The clashes are the largest since the parties agreed to a cease-fire in 1994. The governments of Nagorno-Karabakh, Azerbaijan and Armenia have declared martial law and accused each other of cease-fire violations. Geopolitically, however, the conflict is significant because of its ability to draw in more powerful states including, most notably, Russia, Turkey and Iran. In the latest round of fighting, both sides have also accused each other of recruiting fighters from Syria. The United States, Russia and European countries have all called for an end to the fighting. So far, however, neither Azerbaijan nor Armenia have been willing to make concessions.