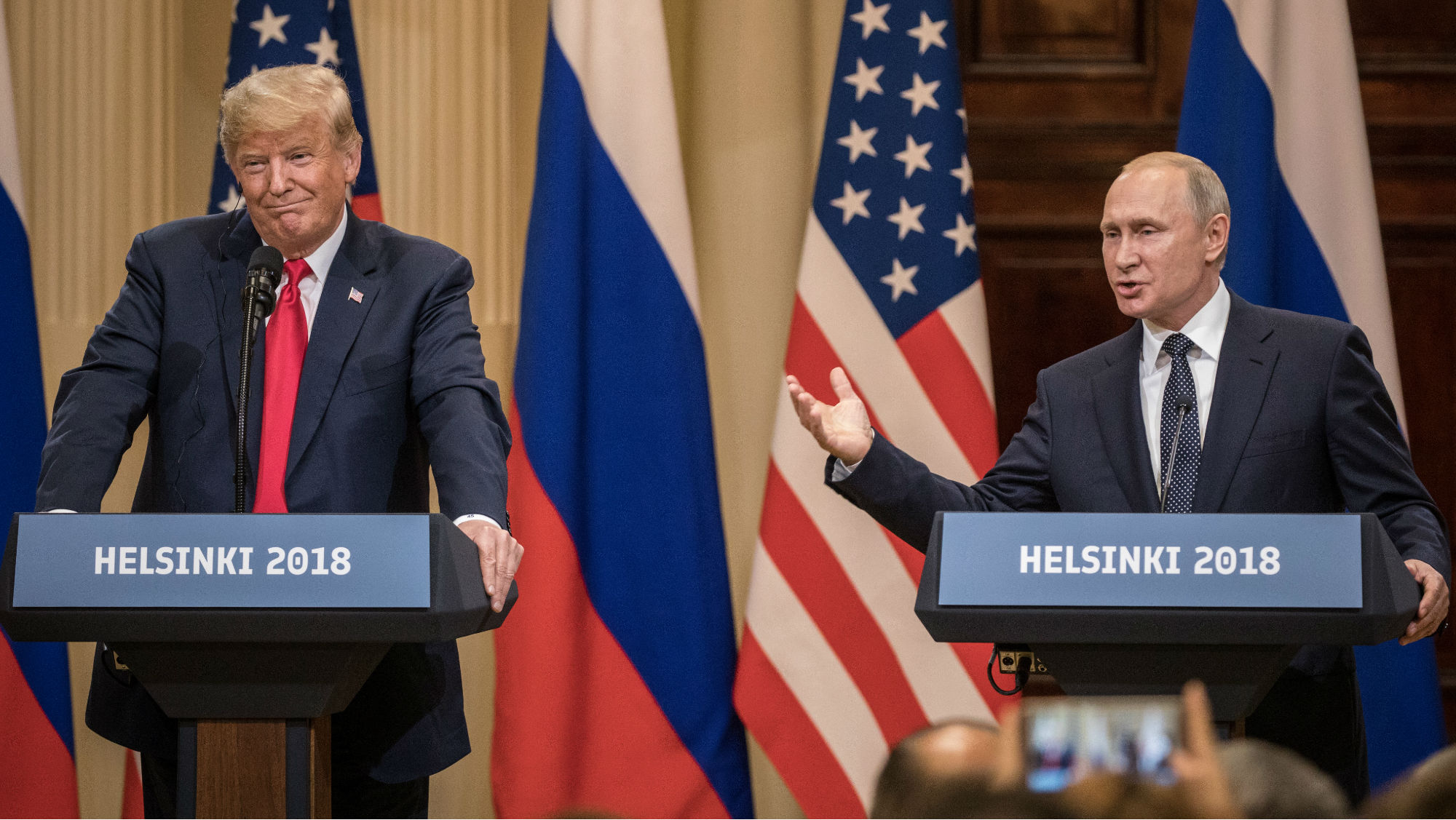 By and large, high-level summits don’t matter. Agendas are set weeks in advance. A series of agreements – mostly symbolic – are negotiated ahead of time, with documents ready to be signed. Private meetings usually involve several aides to help the leaders and to ensure that they stick to the script.

President Donald Trump approaches summits differently from his predecessors. Rather than months of preparation at lower levels, he enters meetings prepared to improvise. He has been deeply criticized for this approach, particularly by those officials who would normally be called upon to prepare for meetings, but it isn’t clear that the old method worked. It tended to minimize gaffes, but it also homogenized the meetings, tying the hands of the president – who was elected, after all, whereas the minions were appointed. Trump’s desire to be free to interact and deal is not inherently a bad idea, as it would turn summits into authentic meetings, but the complexities of domestic and foreign politics require discipline.

Only a handful of people know exactly what was said during the private meeting on Monday in Helsinki between Trump and Russian President Vladimir Putin, but the world bore witness to the post-summit Q&A with the media. The American president was not restrained by his advisers, nor was he bound by his prepared remarks. He was, however, constrained by domestic politics. World leaders are politicians, and politicians have publics – whether in democracies or dictatorships – that they must answer to.

The weaker the political positions of leaders are – or the weaker they perceive their positions to be – the more they will speak to their public. Their statements will shift away from the matter at hand to try to buttress their political position at home. They can do this in several ways, including by using the occasion as a platform to attack domestic opponents. This is what happened at the Trump-Putin meeting. Putin is politically strong, and for him, simply appearing confident was enough. But Trump is embattled, and he chose to focus on domestic issues. A major one is the investigation into Russian interference in the 2016 U.S. election. Since the summit was with Putin, and Trump’s focus was on domestic politics involving Russia, the confluence led him into difficult places.

Trump’s most interesting comment came as a tweet before the press conference, though he reaffirmed the comment’s sentiments during the conference. He said that U.S.-Russian relations had reached their lowest point ever and that it was the United States’ fault. The first part is suspect given events like the Cuban Missile Crisis, but the startling part was the assertion that the U.S. was to blame. What I think Trump was trying to do was to attack the Obama administration for trying to isolate Russia rather than engage it. There is an argument to be made for that position, but it wasn’t clearly expressed in the tweet.

The decision by Robert Mueller, the special counsel leading the investigation into Russian meddling, to indict 12 Russians the Friday afternoon before the summit clearly threw Trump off balance. It isn’t clear that Mueller had to do this when he did, given that there was no chance whatsoever that the Kremlin would extradite them. Putin hinted that if Mueller wanted to question them, the Russian government would then want to question Americans accused of committing crimes in Russia, citing one case in particular. Since U.S. foreign intelligence must break laws daily in Russia to do its job, an agreement on this would open a can of worms no one wants.

One explanation for the timing of the indictments is that Mueller was oblivious or indifferent to the fact that there was a summit meeting the following week. Another explanation is that in performing his job as special counsel, Mueller saw an opportunity to fluster Trump and he used it, prioritizing his role in the investigation over U.S. foreign policy. In any event, the indictments dominated the press conference, with American reporters hammering on whether Trump endorsed them. Trump could have answered that they were only indictments and not convictions and that he would let the judicial system decide this, but instead, he essentially took Putin’s line, dismissing U.S. intelligence findings. (Trump walked back those remarks on Tuesday.)

This brings us to the subtext of the investigation, which is that Trump is in some way under the control of Russian intelligence. The press conference should put those concerns to rest. If he were, the Russians never would have permitted Trump to reject U.S. intelligence findings or side with Putin. Indeed, it would have been unwise to hold a private meeting between the presidents in the first place. The Russians would be doing everything in their power to enhance Trump’s political standing in the United States and to make him appear anti-Russian. They would never allow anyone to imagine he was working for them. They would use him in different ways. Trump would have attacked Putin directly at the press conference.

The pressures on Trump are mounting, whether he is concerned about something he did or simply under the normal pressure that comes with being under constant investigation. His desire to challenge what he sees as tormentors on all fronts has become powerful, and it broke out around the meeting in Helsinki. Putin undoubtedly was pleased, and the world media declared it a major setback for the United States.

In actuality, at most it hurt the career of a single politician, and more likely it didn’t do even that. The American public is fully aware of Trump’s personality quirks and public statements. His approval rating has ticked up in recent months, reaching as high as 47 percent according to Rasmussen for the month of June. This is one of the higher results, but it’s pretty strong for a president at this point in his presidency. There are voters who will despise him regardless of what he does, and others who will admire him regardless of what he does. Trump’s popularity won’t surge or plummet simply because he behaved like himself.

As to American standing on the world stage, that too is consistent. Most dislike the United States, but none can dismiss it. In my travels, I found many countries that held President Barack Obama in withering contempt. President George W. Bush was regarded as incompetent. Dislike of the president for being unsophisticated, or the U.S. for being naive or ruthless (sometimes both, somehow), is not new, although there is no question that Trump has created vast new opportunities for critics.

But the United States is the world’s largest economy, the engine of global technological innovation and the only global military force in the world. It is also the largest importer, and Germany’s largest customer, for example. German Chancellor Angela Merkel may be offended by Trump, but in the end, her country needs the American market. The objective realities of U.S. power trump the behavior of the president. Similarly, summits must be put into context. They are meetings between people, some of whom have enough political support to do what they say they will, others who do not. But both will pass the scene long before the deep power of either country passes away. The balance of power shifts, but, except in time of war, ever so slowly. A sense of proportion is needed, but that has never been abundant in the world.

Friedman’s Thoughts In and Around Geopolitics: Texas, the Comanche and a...