Many believe there have never been more contentious times than those in which we now live. It’s a belief shared by most everyone of every era. I admit that times are strange, and in some ways they are unlike any other. But are they as bad as the late 1960s and early 1970s, the decade of assassinations and riots, of slain war protesters and Richard Nixon? Are they as bad as McCarthyism or the Great Depression or the Civil War?

The United States was born not in peace but in strife. Inside the hall in which the Constitution was debated and, in 1788, produced, there was disagreement, even suspicion. Outside the hall, some people trusted the Founding Fathers, while others believed they were corrupt, self-serving men, using a piece of paper to protect their wealth and power, ensuring people’s perpetual impoverishment.

And the United States has stood for nearly 250 years. It has existed in four very different centuries. It has survived civil war and world wars, depressions and expansions, many wise presidents and many foolish ones, and the noise of many malicious and self-righteous mobs. And throughout it all, its leaders and citizenry disagreed on issues from slavery to the Bill of Rights, from tax schemes to minimum wages. 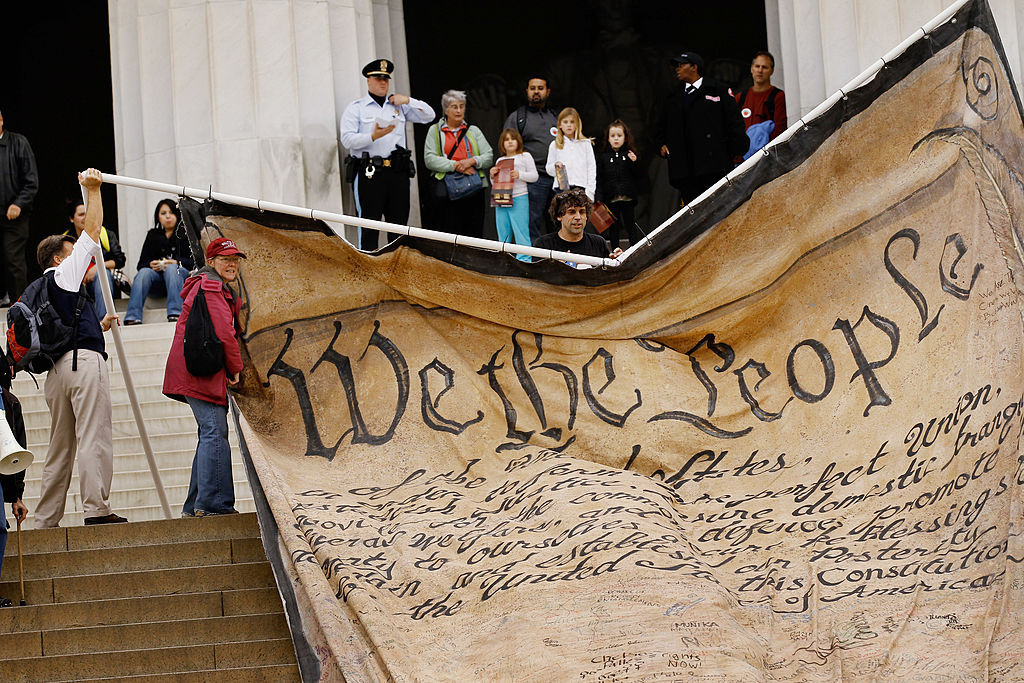 The founders didn’t trust human nature. They believed that men, left to themselves, lived lives that were in Thomas Hobbes’ words “nasty, brutish and short.” Having lived through the revolution, a time filled with treachery, opportunism and deep vulgarity, they understood that the American public, like all publics, was ill tempered and loutish, and that politicians were liable to be self-serving and corrupt. The framers anticipated that the republic would pass through times as we are passing through — and times much worse — often.

The Constitution was not meant to protect our better natures. It was meant to protect us from ourselves. It was not meant to change human nature but to accept it, acceding to the fact that as individuals we are mostly pleasant and sometimes wise, but that as crowds we are self-righteous fools. The Constitution was designed to hedge against a rowdy and ill-mannered public and their unscrupulous leaders. It created a government so organized that it was mostly paralyzed, unable or at least unlikely to harm us. It guaranteed freedom of speech and the freedom of the press without great confidence in the press’s wisdom or honesty.

It’s been 230 years since the last insults were uttered at the Constitutional Convention. The document created there has endured every American attempt to undermine it. Tumult like the kind we see now is no more inconsequential than tumult of the past. But it hasn’t broken the republic, and there’s no reason to think it will do so now.

What We’re Reading: The Works of Herman Wouk