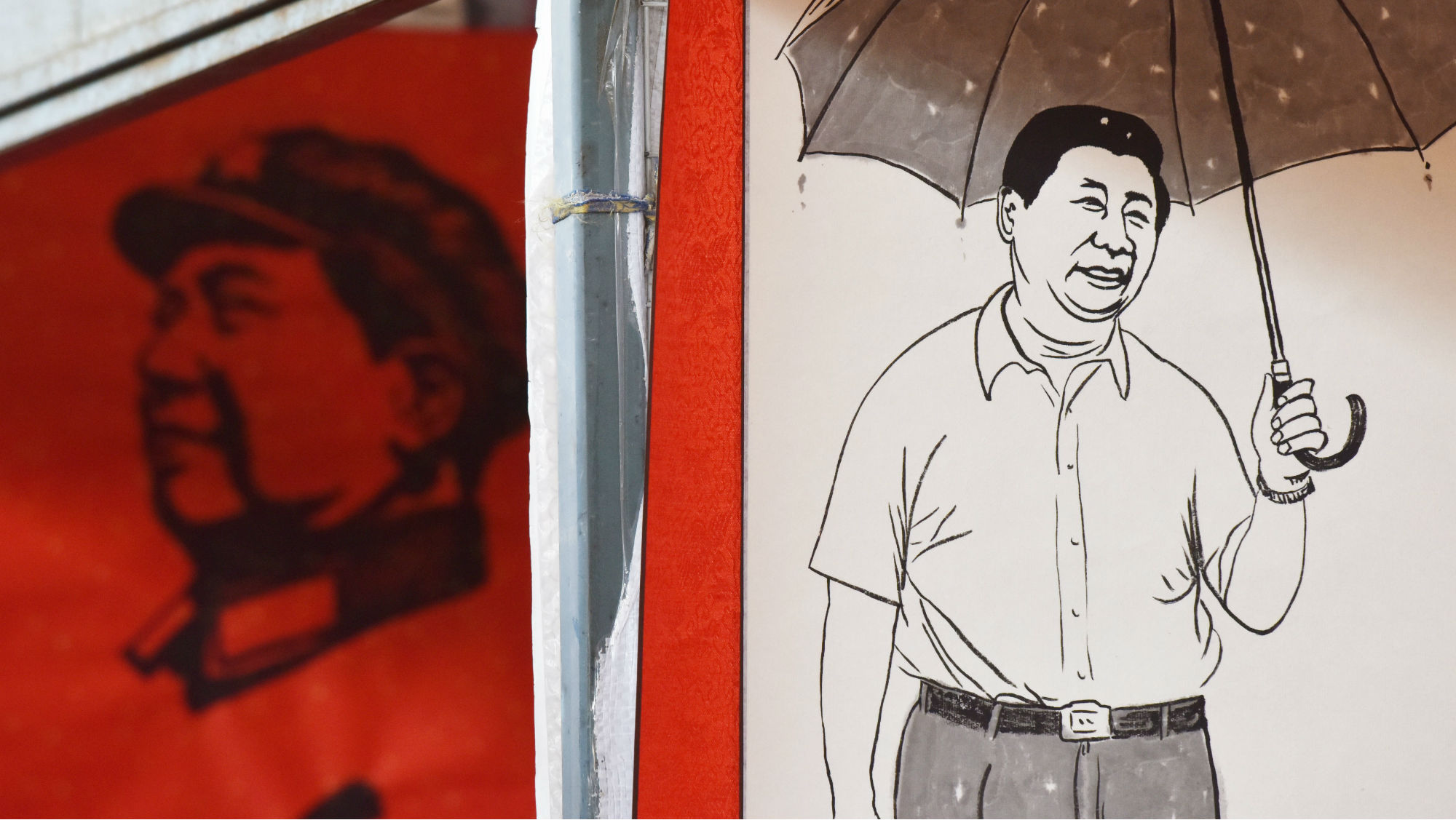 This week will be an auspicious one in China’s long and storied history. Chinese lawmakers are expected to rubber stamp a proposal by top Chinese Communist Party officials to abolish term limits on the presidency. It is a major break with more than 40 years of Chinese political norms, and it puts an inordinately large amount of power in the hands of a single person: President Xi Jinping, who is already a peerless figure of authority in China and who, after all, presumably initiated the abolition of term limits in the first place.

How Xi wields this power will have a profound effect on China’s future, and the early signs of his intentions have been strange, to say the least. At a gathering to celebrate what would have been the 120th birthday of Zhou Enlai, the first premier of the People’s Republic of China, Xi gave a long and effusive speech, during which he praised Zhou as a model of Chinese virtue. (When the speech was over, Premier Li Keqiang – whose power Xi has methodically curtailed in the last five years – praised Xi’s leadership of the CPC into the future.) This stands in stark contrast to the speech Xi delivered in 2013 on what would have been Mao Zedong’s 120th birthday. In so many words, Xi said Mao was a human being like any other who should be held accountable just as much for his failures as for his successes.

On the one hand, Xi is raising the possibility that he might become the first Chinese leader since Mao to govern China as dictator-for-life. On the other hand, Xi has gone out of his way to criticize Mao and praise Zhou, Mao’s closest and most loyal comrade, who, despite his service and devotion, was purged from power for trying to curb Mao’s excesses. Like I said, strange to say the least.

Mao was a leader of world-historical importance, but it’s perfectly reasonable for Xi to point out his failures. There are many such failures to choose from, including ignoring his military commanders during the Korean War and the brutal purges of the Cultural Revolution. But none of Mao’s missteps were more destructive or more representative of his leadership style than the Great Leap Forward, Mao’s ambitious plan to vault China into the top industrial powers of the world. The Great Leap Forward failed for many reasons, but among the most important was that provincial Chinese bureaucrats were so terrified of Mao’s retribution that they falsified the data they gave the CPC. Seeing only what he was provided, Mao thought China was becoming stronger when in fact it was falling deeper into disrepair. By the time he got wise to reality, more than 45 million were dead.

The irony is that the paranoia and ambition that led to mistakes such as the Great Leap Forward were also responsible for Mao’s overall success. Mao believed that China could be free and strong only if it abandoned its past. He blamed China’s weakness in part on Chinese culture, and he sought to obliterate that culture and to replace it with a new resilient spirit of Chinese nationalism. Mao distrusted China’s vast bureaucracy because it had collaborated with foreign invaders, only to realize upon coming to power that China was too vast to rule without a bureaucracy. This led to a never-ending cycle of chaos, whereby Mao would carry out wide-ranging purges even if it meant rendering policy initiatives ineffective because China was more important than any single policy initiative. By the end of Mao’s rule, China was in chaos, but China was also independent and united.

The price China had paid for its sovereignty was extremely expensive. After Mao died, presidential term limits were instituted in 1982 in China as part of a broader effort to prevent men like Mao from coming to power ever again. The CPC still admires Mao, but the party line is that 70 percent of what he did was right and 30 percent was wrong – a remarkable party line in a country where political dissent is so carefully regulated. The CPC saw that a man like Mao, necessary as he was to unite China under the rule of one government, could not make China a world-class power. In fact, at a certain point, a man like Mao only prevented China from reaching its true potential. Mao’s successor, Deng Xiaoping, himself purged by Mao three different times, knew firsthand how destructive Mao’s leadership style was, and it was Deng who decided that the most important thing he could give China was a model for a peaceful and orderly transition of power to a younger generation. In place of these men now stands Xi, who is erasing Deng’s model as he claims the throne of the Middle Kingdom.

Xi is not Mao, and his praise of Zhou is meant to make sure the Chinese people know it. Mao ruled by chaos; Xi rules with orderliness. Mao destroyed the bureaucracy; Xi is molding it to serve his purposes. Mao purged friends and foes alike; Xi purges only his foes. Mao was a fervent communist; Xi is a communist in name only, who in the same breath speaks of Lenin and of supply-side reform. Mao was the son of a wealthy farmer. Xi is a “princeling” whose father was purged during the Cultural Revolution. Indeed, no one knows the depredations and bloodletting that Mao oversaw better than Xi, who had a front row seat for all of it.

And yet, despite Xi’s intimate experience with tyranny’s discontents, he has deemed it necessary to tear down the safeguards erected to prevent a man like him from seizing power comparable to Mao’s. The fact that Xi is compelled to praise Zhou, who tried to protect the Chinese people from Mao while still paying fealty to the chairman, shows just how nervous Xi is. Xi is not claiming the mantle of power because he is a power-hungry megalomaniac  but because he believes that China is in just as precarious a situation today as it was in 1949, when no one knew if the republic would last more than a decade.

Xi does not face the same challenges Mao did, of course. The country Mao conquered was a poor, abused, humiliated mass of people in the throes of civil war and governed by warlords. Forging the republic out of such a country required a man with Mao’s unique virtues and vices. The country Xi leads is proud and more united than China has been in centuries. Xi’s China is a major power, boasting the world’s second-largest economy and a rapidly improving military. But it is also a country rife with corruption and inequality. If Xi is to redistribute wealth to the 350 million people still living on less than $5 a day, the government-by-consensus model that has governed China will not be enough. Xi needs to show those who stand in his way that he will crush them if they don’t bend the knee.

China is about to embark on a period of intense internal change, albeit a different kind of change than Mao wrought. Xi will aim to create the legitimacy of change not with revolution but with national pride. And nothing is more generative of national pride than powerful enemies abroad. It is not a coincidence that as Xi claims more and more power for himself, China is engaging in provocative behavior in the South and East China seas, is attempting to upend the U.S. security alliance in Asia, and is presenting the One Belt, One Road initiative as a way to return China to its rightful place at the center of the world. China’s peaceful rise is over – its confrontation with the world is beginning. Xi will use that confrontation to justify the excesses he will have to oversee if the PRC is to survive his presidency.

In his speech about Zhou, Xi said that, were he able to speak with Zhou, he would tell him “the Chinese nation that experienced great hardships for a long time since the start of modern times has ushered in a great leap from standing up and getting prosperous to becoming strong.” Mao propped China up. Deng made China prosperous. Xi means to make China strong, and he means to do so in his own way. Mao turned on the Chinese people. Xi will turn the Chinese people on the world.

How China Benefits from African Debt