Sign in
Subscribe
Sign in
Welcome! Log into your account
Forgot your password? Get help
Create an account
Privacy Policy
Create an account
Welcome! Register for an account
A password will be e-mailed to you.
Privacy Policy
Password recovery
Recover your password
A password will be e-mailed to you.
Home Analysis Daily Memo: Weighing Out Costs of the Coronavirus Crisis
WHO will pay for it? The United States has cut off its payments to the World Health Organization (WHO) over the agency’s alleged mismanagement of the coronavirus crisis and preferential treatment toward China. The United States is the largest funder of the WHO’s $4.8 billion budget; it contributed over $400 million (roughly 15 percent) to the organization’s 2018-19 annual budget. U.S. President Donald Trump said this withdrawal of funding will occur during a 60- to 90-day “evaluation” period, during which the United States will continue to engage with the WHO on reforms. China has called on the United States to continue to fulfill its WHO obligations and has said Beijing will step in to fill budgetary gaps in the meantime. Germany, the European Union and numerous other U.S. allies, including Australia and Japan, criticized the U.S. decision to freeze WHO contributions, remarking that the already underfunded WHO is key to developing the necessary tests and vaccines to mitigate a “borderless” pandemic. Delaying debt repayments. The global recession means the question of debt is quickly becoming a major issue. On Tuesday, the major industrialized nations that make up the G-7 proposed a temporary halt on all debt payments, provided China and […] 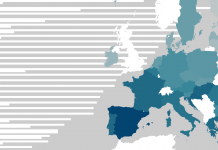 Brief: Germany Prepares for a Wave of Insolvencies

The Geopolitics of London: Or, How England Joined the World