Sign in
Try FREE for a Month!
Log in to your account
Forgot your password? Get help
Create an account
Privacy Policy
Create an account
Welcome! Register for an account
A password will be e-mailed to you.
Privacy Policy
Password recovery
Recover your password
A password will be e-mailed to you.
Home Analysis Daily Memo: Brokering Peace in Libya
Brokering peace in Libya. France, Germany and Italy issued a joint statement calling on all parties involved in the Libyan war to engage in peace talks, an indirect reference to Egypt’s recent initiative to broker a cease-fire. As more powers – some of which are EU members and allies – have become involved in the Libyan conflict, the EU has shown growing interest in finding a resolution. German Chancellor Angela Merkel and Russian President Vladimir Putin spoke about the situation in Libya, as well as the ongoing conflicts in Ukraine and Syria. Both leaders voiced their support for further cooperation on all three conflicts. Turkey, however, has dismissed the Egypt-brokered cease-fire proposal. Foreign Minister Mevlut Cavusoglu said he suspected that Egypt and its partners were using the talks to boost the Libyan National Army, which opposes the Turkey-backed Government of National Accord, after the LNA’s offensive to capture Tripoli failed. Turkey is the GNA’s largest supporter, and its refusal to participate will make any negotiation process difficult. Posturing in the Arctic. As interest in the Arctic grows, countries have begun to stake their claims on the region. On Tuesday, U.S. President Donald Trump ordered a review of U.S. icebreaking requirements […]

Daily Memo: Coalitions in the Med 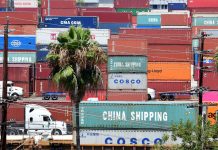 The EU Opens the Door to More China Trade

A Timeline of Tensions in the Persian Gulf