Sign in
Login
Subscribe
Subscribe
Sign in
Welcome! Log into your account
Forgot your password? Get help
Create an account
Privacy Policy
Create an account
Welcome! Register for an account
A password will be e-mailed to you.
Privacy Policy
Password recovery
Recover your password
A password will be e-mailed to you.
Home Analysis Daily Memo: A Japan-Russia Peace Treaty, a New EU Budget
Japan and Russia talk peace. Russian Foreign Minister Sergey Lavrov said Friday that Russia has presented Japan with a conceptual framework for a World War II peace treaty but has received no reply from Tokyo. On July 2, following a referendum on constitutional amendments that include a ban on ceding any Russian territory, the Japanese government said it had not changed its position on a treaty and on the South Kuril Islands. Both countries claim the South Kuril Islands, which remain the major barrier blocking a treaty that has been under negotiation since the mid-20th century. Moscow had said the amendments would not affect the negotiation process with Japan. Lavrov stressed that Russia was ready to discuss a peace treaty in accordance with the 1956 joint declaration between Japan and the Soviet Union. He also said that an agreement should reflect the current situation in the region, and that Russia did not agree with Japan that a peace treaty should be signed only after the territorial issue was resolved. Tokyo continues to claim the islands of Kunashir, Iturup and Shikotan as well as a number of other territories in the Kurils, while Russia has said it would not make concessions […] 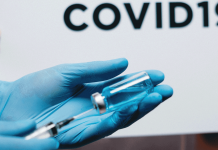 Turkey and the Southern Gas Corridor