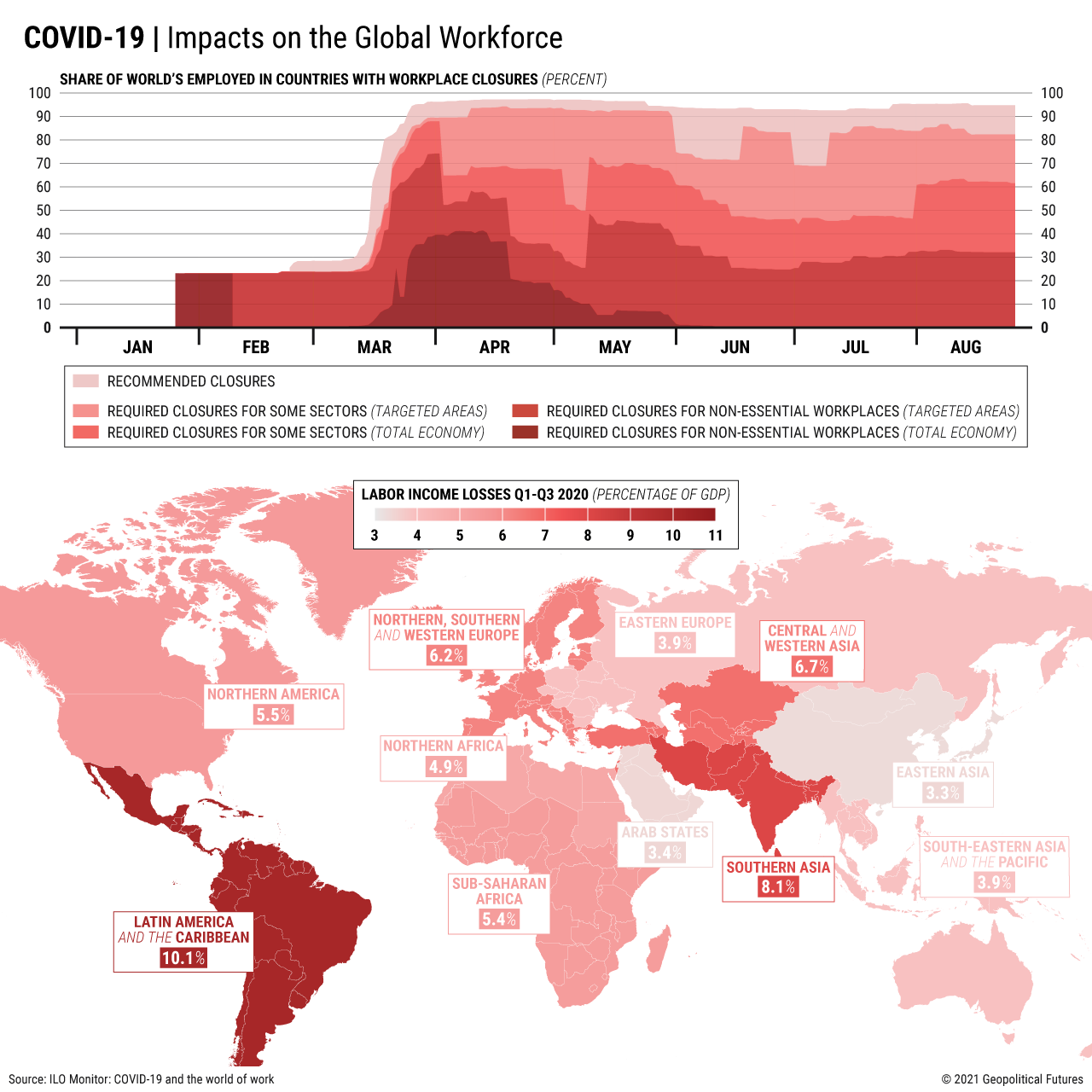 A key trend in 2021 is the rebalancing of the global economic and financial systems after the disruption caused by COVID-19. The precipitous decline in economic activity, both voluntary and government-mandated, had enormous effects on the labor force. Wage reductions and other subsidy programs affected the numbers, but generally these labor effects were reflected in unemployment figures. Income losses due to cuts in hours worked amounted to an estimated $3.5 trillion in the first three quarters of 2020. Lower-middle-income and upper-middle-income countries suffered the steepest such losses, seeing a 15.1 percent and 11.4 percent drop-off compared to 2019, respectively.

Approaches to the labor problem differed across the globe. For example, both the United States and European Union countries launched heft stimulus packages. But the U.S. was more accepting of business failures and shied away from heavily using subsidies to support employment. As a result, nearly three-quarters of the labor income loss experienced in the U.S. was due to unemployment, while the remaining quarter was due to fewer hours worked. Europe, on the other hand, leaned into reduced hours and introduced many wage-subsidy schemes. Consequently, lower income losses in EU countries are almost entirely due to reduced wages or hours worked, not lost employment. The sustainability of these programs, many of which have already been extended at least once, is coming into question. 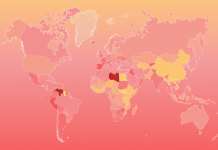