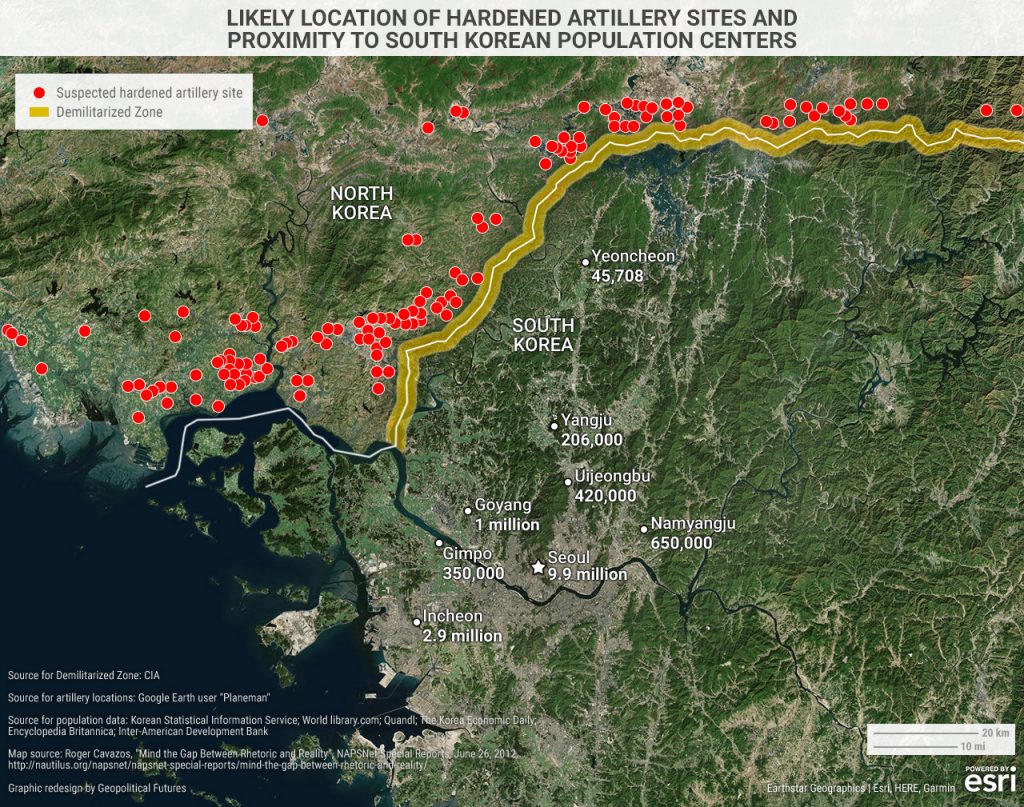 The utility of North Korean artillery depends on two related issues: the ongoing availability of ammunition and leaders’ ability to effectively issue orders. Formally, North Korea’s military command structure borrows much from the Soviet model; that is, it is highly centralized and depends heavily on orders issued directly by the supreme leader. If artillery teams cannot receive orders, they naturally become less effective.

But the North Koreans know that the United States has studied their military structure and that, therefore, one of Washington’s first moves would be to cut lines of communication. If it cut those lines, and if Pyongyang failed to delegate some aspects of command to those in the field, North Korea would almost certainly lose the war quickly. It’s reasonable to believe, then, that the North Koreans have a plan that accounts of this possibility.

This line of reasoning is corroborated by the existence of distributed artillery ammunition stores. While North Korea has major national-level storage facilities, it also has a number of unit-level storage depots. Many of these are hardened artillery sites, or HARTs, which are located at multiple spots along the DMZ. A report by the Nautilus Institute for Security & Sustainability, a defense analysis firm, describes the HARTs as heavily fortified, in the interior of caves or tunnels, with spaces that are large enough to hold artillery and ammunition. The report is notably dated – it’s from the 1980s – but that only reinforces the point: The military, already protected by the terrain, has had decades to entrench itself, overcome disruptions to lines of communication and supply, and disperse its ammunition depots. The existence of these stores suggests that isolated emplacements are expected to continue to fight.