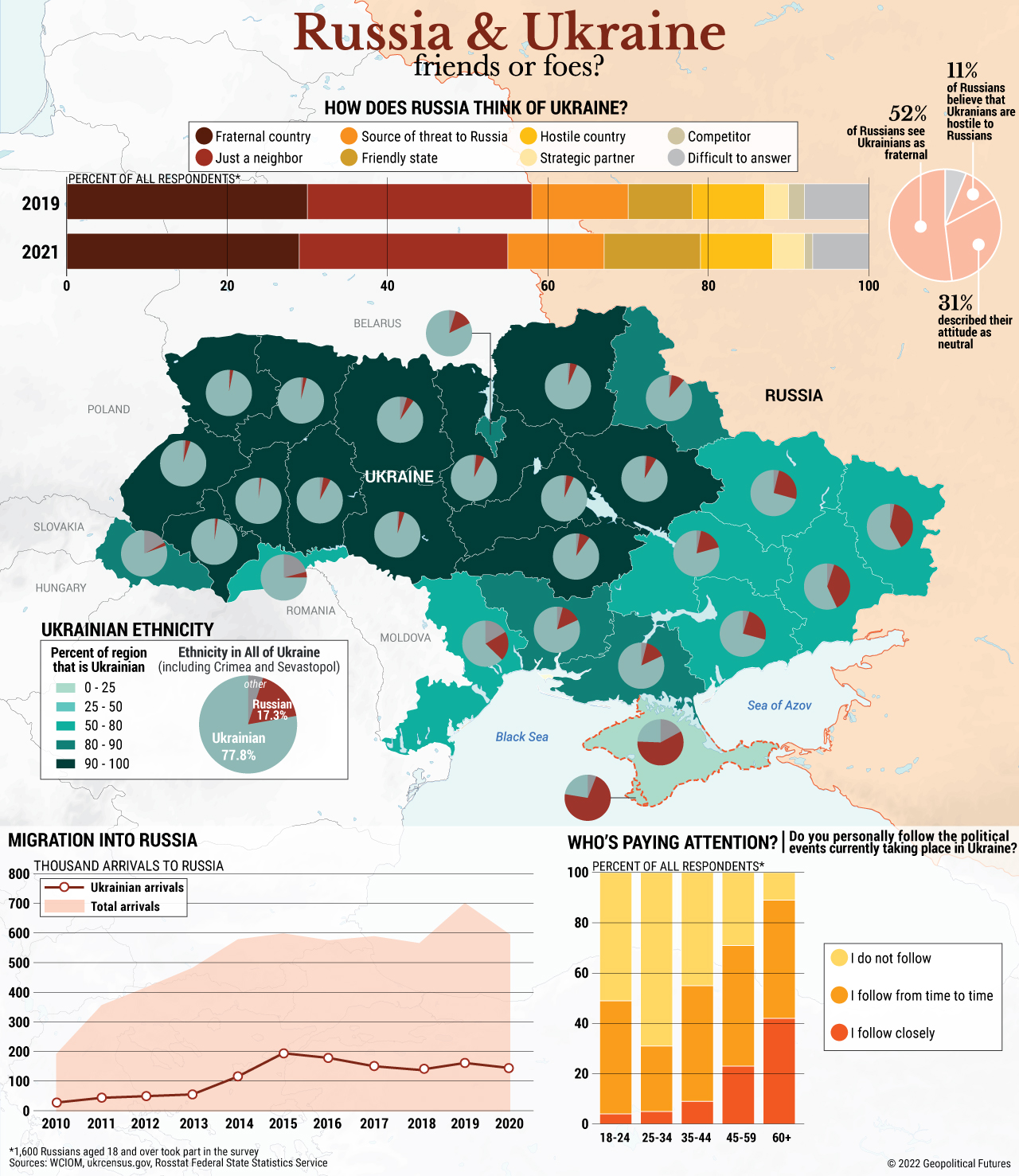 Russia is rattling its sabers all along Ukraine’s northern, eastern and southern borders, prompting fears of an invasion. The U.S. and Europe have responded by providing Kyiv with more weapons and with threats to answer any attack with massive sanctions. But GPF does not expect a full-scale war. Moscow must take the West’s sanctions threats seriously, and Ukraine is a vast territory whose subordination would demand significant effort and equipment from Russia. And there is one other important factor discouraging Russia from doing anything reckless: the deep historical, cultural and religious ties between the Russian and Ukrainian people.

Some historians, especially in Russia, argue that the East Slavic tribes in the old Russian state of Kievan Rus developed into a single nationality. To them, the “Russian” people are all the inhabitants of historical Russia. After the collapse of the Soviet Union, the newly independent states focused on creating distinct national identities, and according to this view the notion that Ukrainians and Belarusians were separate from Russians gained momentum. But Moscow, which hopes to restore its power in the post-Soviet territories, is reviving the concept of a trinity of the East Slavic peoples. Russian President Vladimir Putin raised the argument last year in an article titled “On the Historical Unity of Russians and Ukrainians.”

Whether this perspective is true or not, many Russians and Ukrainians continue to have deep familial ties and maintain close relationships today. Many Ukrainian migrants go to Russia to work or study. What this means is that any Russian aggression would not only stir up Ukraine – it could also blow back on Russia.

Volatile Year for US Farmers