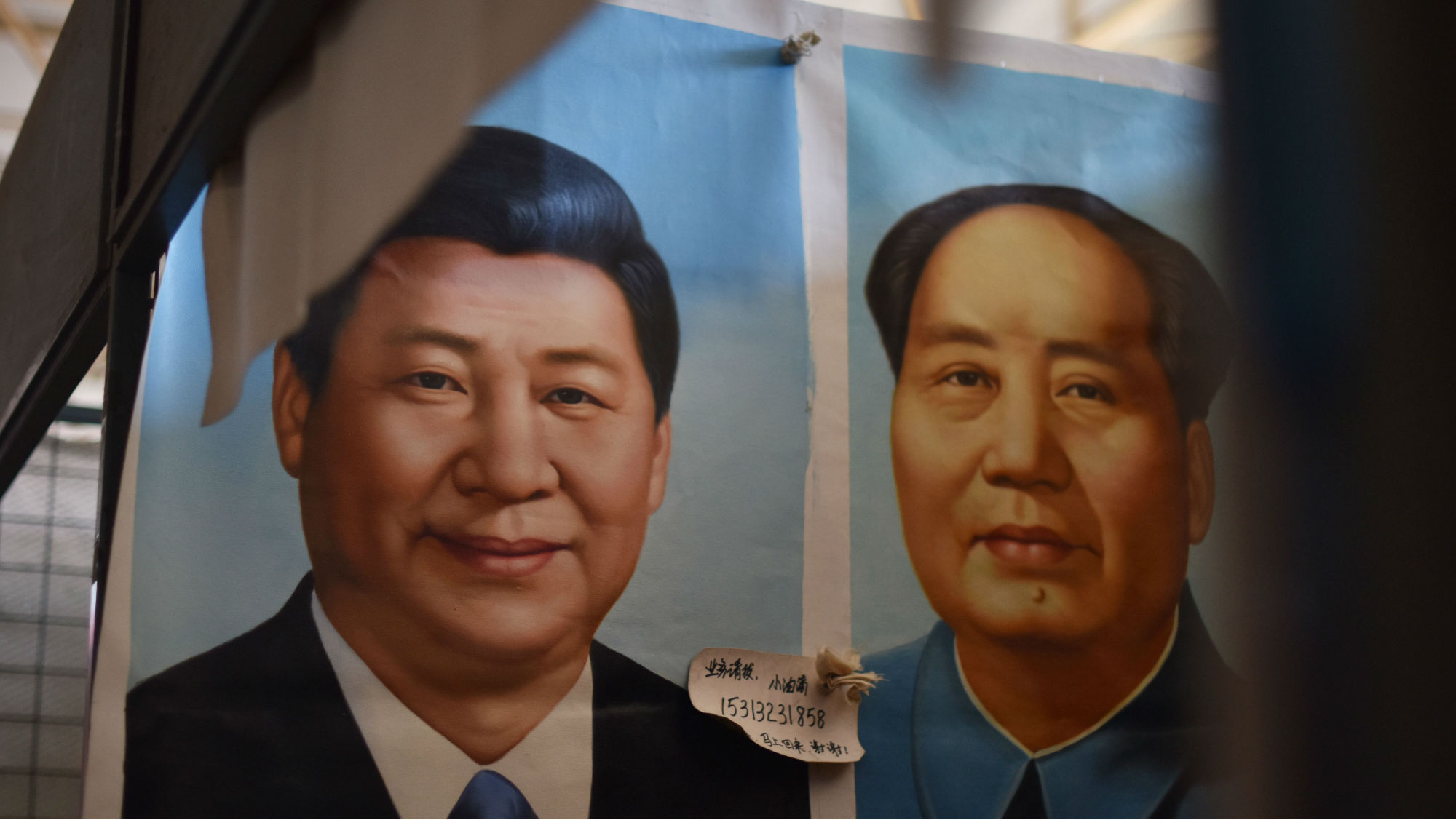 China declared war last week, though few seem to have noticed. The coming conflict will not be against North Korea, against which battle plans for a later fight are already being drawn. It will not be against the United States, despite the escalating tensions between them. It will not be against India, its adversary in a border dispute earlier this year. Nor will it be against South Korea, which defied Beijing by deploying ballistic missile defense systems. No, war was declared against enemies Beijing considers far more insidious and subversive than any nation-state: financial risk, poverty and pollution.

If it seems as though I’m taking the metaphor too far, it’s worth noting that the declaration of war was, in fact, literal. During the Central Economic Work Conference, held from Dec. 18 to Dec. 20, the government identified 19 missions it would undertake in 2018. But against financial risk, poverty and pollution, Beijing described its future efforts as “effectively prosecuting rigorous war.”

It’s hard to quibble with Beijing’s assessment. Financial risk? China’s debt now stands at roughly 260 percent of GDP. Poverty? For all its wealth, China still has more than 500 million people living on less than $5.50 per day. Pollution? The government itself claims that more than 20 percent of Chinese farmland has been contaminated by pollution.

China has begun its counteroffensive, but as is often the case in war, the results have been mixed. New reform measures have been resisted in important sectors such as banking, energy and real estate. Even the battle cry against financial risk is a confrontation with resistance. On Dec. 19, the Wall Street Journal reported that Beijing decided to downplay its newfound emphasis on lowering debt as early as Dec. 8. Beijing now seems content to merely limit borrowing. Barely a month into his dictatorship, President Xi Jinping is already settling for half measures.

The poverty issue is inseparable from the finance issue. Unless China is prepared to distribute wealth with an iron fist – a last resort that China has not yet had to employ – then Beijing must balance between improving the financial health of the country and encouraging growth, all while making sure the traditionally poor interior provinces benefit from the country’s newfound wealth. Growth, after all, is a potential solution to the poverty problem. But debt is growing faster than growth, and more than half of new bank loans are being taken out to aid real estate speculation, not to form competitive businesses. So even as China makes compromises on reducing debt to stimulate growth, the economy is not growing as fast as it once was. The danger is that any number of the bubbles in the Chinese economy will pop well before the have-nots get a chance to share in its prosperity – and, in their vast numbers, revolt against the government.

And then there is pollution, an admittedly overlooked issue at GPF that is affecting the legitimacy of the Communist Party of China. Taking the lead against climate change on the global stage may be good optics for Beijing, but it’s hard to reconcile with the fact that its cities are covered in haze and its food and water supply are so toxic that it is having to transform the way it grows and buys food.

Here, too, the government is taking radical steps toward reform. On Dec. 22, the South China Morning Post reported that in Guizhou province party officials will now base political advancement on environmental progress instead of on economic growth. Local environmental departments will reportedly be empowered to enforce new standards – perhaps they will call them the Green Guards.

Most outside observers viewed Xi’s coronation at the 19th Party Congress as evidence that China is emerging as a global power capable of challenging the United States. Far from it. If China is to go through the transformations Xi laid out in his speech at the Party Congress, the next few years in China are going to be extremely tumultuous. The reforms Xi means to enforce will create enemies to his own rule and factions whose interests are not served by supporting the CPC. Xi must retain the power, then, not only to press his agenda, but to eliminate potential enemies. If Chinese history is any indication, he must also cultivate scapegoats for the inevitable policy failures or just to contain popular discontent. Mao, in whose likeness Xi has fashioned himself to a certain extent, was an expert at this.

Xi has been more cautious than Mao, of course. Mao’s leadership was intentionally chaotic. Where the country’s interests were at stake, no individual was too dear to sacrifice, no number of people too large. If China is indeed reverting to an authoritarian dictatorship, then the purges of the past five years are just a prelude to more to come. If Xi is really following in Mao’s footsteps, then we must keep a close eye on the company Xi keeps.

Wang Qishan is a good example. A top lieutenant and former enforcer of Xi’s corruption purges, Wang was left off the politburo in the 19th Party Congress. It’s possible that, as some have argued, he was excluded because he had reached the age of retirement and that Xi was merely following protocol. But that is unlikely. Xi has bucked convention time and again when it serves his purposes. After all, he didn’t even name his successor, an act more politically taboo than allowing an elderly man to continue working.

It is also notable that Guo Wengui, a Chinese billionaire who fled to the United States, has made Wang one of his key targets, eviscerating him in the American press with allegations of corruption. The Guo riddle has bothered us for a while at GPF. If Xi is so powerful, how could Guo have been allowed to escape? Is Xi less powerful than we think? Did he want Guo to make these allegations for all to hear? Is there another explanation we haven’t considered?

If Xi follows the pattern of previous Chinese authoritarians, eventually he will purge the purgers. This presents a unique problem. He has already created enemies by enacting such controversial reform. If he crushes those enemies, he will invite even more. If he fails to crush them, the government – and therefore the Chinese state itself – could break apart. We expect Xi to crush his opponents, so we will need to look at the relationships with even his oldest confidants in a new light.

If this all sounds combative, that’s because it is. By its own admission, China is at war. It’s just not the war that everyone thinks China is preparing for. China has to win the war at home before it can win wars abroad. But if the early reforms are China’s thin red line, then the results of the first battles don’t look overly promising.