China is trying to solve some of its short-term economic problems by attracting new investment. The government has opened the nearly $10 trillion Chinese bond market to foreign investors for the first time. This means that a number of international funds will be able to add Chinese bonds to their indices, thereby increasing the flow of foreign capital into mainland China and increasing demand for the yuan. The program, called Bond Connect, links markets in Hong Kong with markets in mainland China, but more important, it only allows capital to flow in one direction. Foreign investors can invest in Chinese bonds via the Hong Kong stock exchange but Chinese investors can’t invest in foreign bonds.

This move is part of the government’s attempt to pursue four economic objectives. First, it wants to attract more investment capital. That the plan allows greater inflows while many types of outflows remain constrained indicates that the Chinese are short of cash that can be used, among other things, to invest in productive enterprises. More investment capital would help the government move away from supporting inefficient state-owned enterprises so it can instead support more profitable and self-sustaining industries.

Second, China wants to reduce the risk of capital flight. Its foreign reserves fell by $1 trillion or roughly 25 percent between 2014 and early 2017, and while more recently it has been able to stem capital outflows, the government is nonetheless worried that this issue could become a serious vulnerability. Increased capital outflows decreased the value of the yuan relative to the dollar, which, on the upside, benefits the country’s exports. But capital flight also decreases the number of enterprises and decreases the country’s tax base. It also destabilizes exchange rates and reduces the government’s ability to effectively implement monetary policy, since it has to focus on capital retention.

Third, Beijing is trying to gain greater control over the yuan’s exchange rate. In May, the government implemented a “counter-cyclical factor” to the daily process of fixing the yuan. If that sounds ambiguous, it is. The People’s Bank of China purposefully did not release details on how this mechanism would be used to influence the yuan’s pricing. But the message from the Chinese government is clear: It will take a more active role in pricing the yuan, but it does not feel compelled to publicly discuss how it plans to do so. 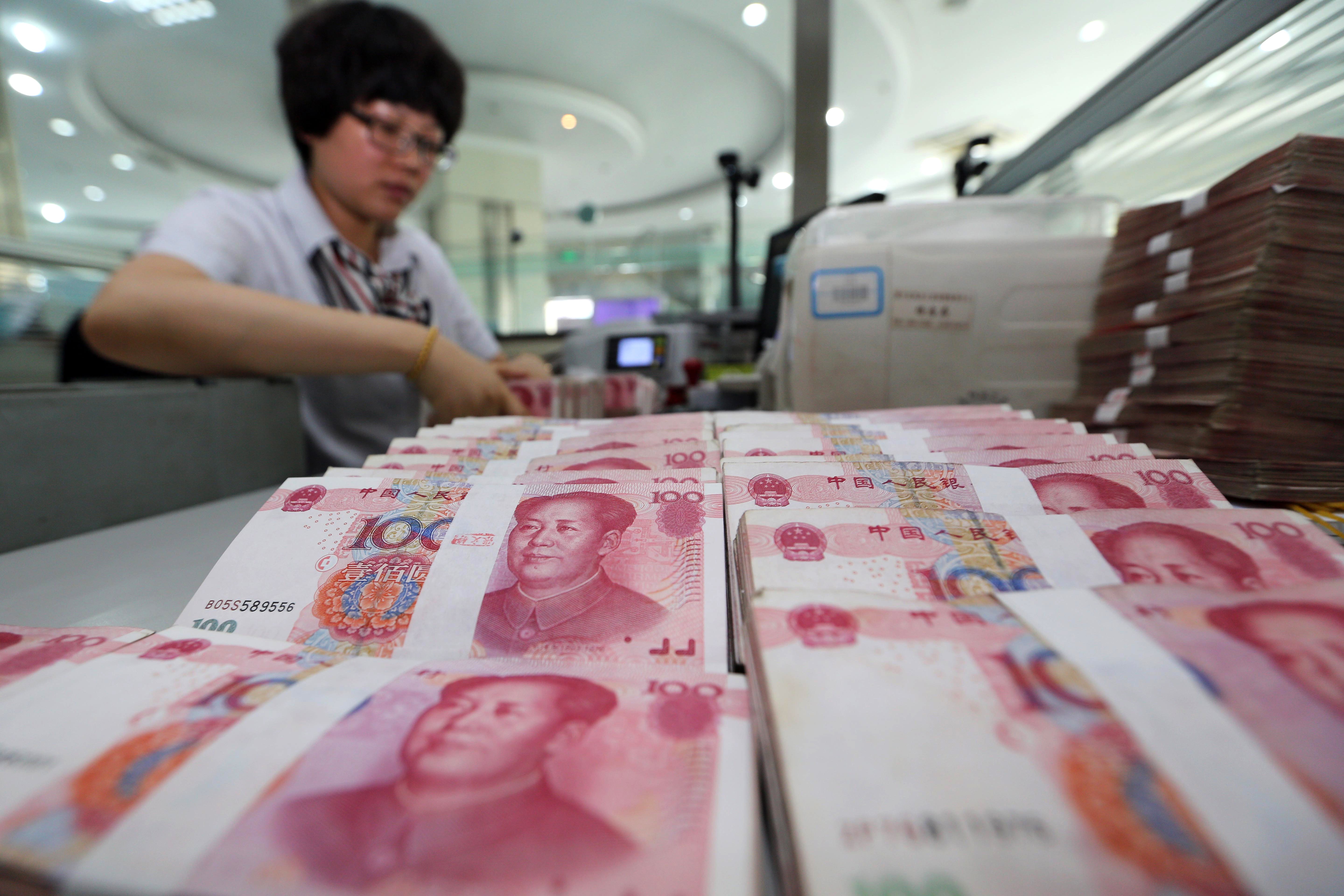 Opening up its bond market to foreign investors also provides China with greater flexibility in managing the yuan. As foreign capital flows in, demand for the yuan will increase, which provides the central bank a much-desired buffer from the risk of another uncontrolled capital outflow event. If the government wants a stronger yuan, foreign inflows will support it; if the central bank wants to devalue it again, it can lift some outflow restrictions. Either way, the government wins by gaining greater control.

The fourth objective is to place more downward pressure on interest rates. To combat rising housing prices and increasing debt, the Chinese government has recently implemented initiatives that have pulled liquidity out of the banking system, especially asset management companies, which invest in riskier assets than banks are allowed to invest in. With less capital in the financial system, demand for bonds decreased, which meant that interest rates rose. The rate on the 10-year Chinese treasury, for example, has increased from 3.3 percent in mid-March to 3.6 percent now. This makes capital more expensive and threatens to reduce economic growth.

Herein lies the challenge for China: It must tighten monetary policy by just enough to deflate its housing bubble but not so much that it rattles the broader economy and sends the country into a recession. But with increased demand for Chinese bonds from abroad, the price of Chinese bonds will go up and interest rates will go down. This allows China to decrease rates without printing more money.

While this measure might give the impression that the Chinese are opening up their economy, the reality is quite different. By letting more money flow in but not out, the government actually gains more control over the economy. It’s able to address a number of short-term economic objectives without printing money or accumulating more debt. This will provide for greater maneuverability the next time the central bank needs to implement changes in monetary policy.

But there is some uncertainty surrounding this move. For starters, it’s unclear why the government decided to open the bond market now. One potential explanation is that the government wanted to wait until foreign reserves stabilized. Opening up the market while reserves were falling would have attracted less investment than desired because international markets would have had less confidence in the economy’s stability and would have been less inclined to invest.

Another outstanding question is how much foreign capital this move will actually attract. In the short term, investors could be drawn to the bond market because of the higher interest rates that have resulted from recent decreases in liquidity. In the long term, as institutional investors create new funds and indices that track or include Chinese bonds, more capital will likely flow into the country. Exactly how much, however, is difficult to tell. Kenneth Ho, the head of Asia credit strategy research at Goldman Sachs, thinks foreign investment in China could increase by $1 trillion in the next decade in part due to this new program. For now, however, investors are likely to remain cautious so long as the government retains restrictions on outflows.

Ultimately, this move is a sign of weakness. The Chinese government is fearful of the fragility of its economy – its lack of a strong consumer base, its overdependence on exports and real estate, and its need to prop up inefficient businesses – and is attempting to attract as much investment capital as it can. But it can’t continue to restrict capital outflows as much as it has while still signaling to international markets that China is a safe place to park cash. Foreign investment will buy China time, but it doesn’t change the deeper structural problems its economy faces.

In Turkey, Political Gains Come at a Cost