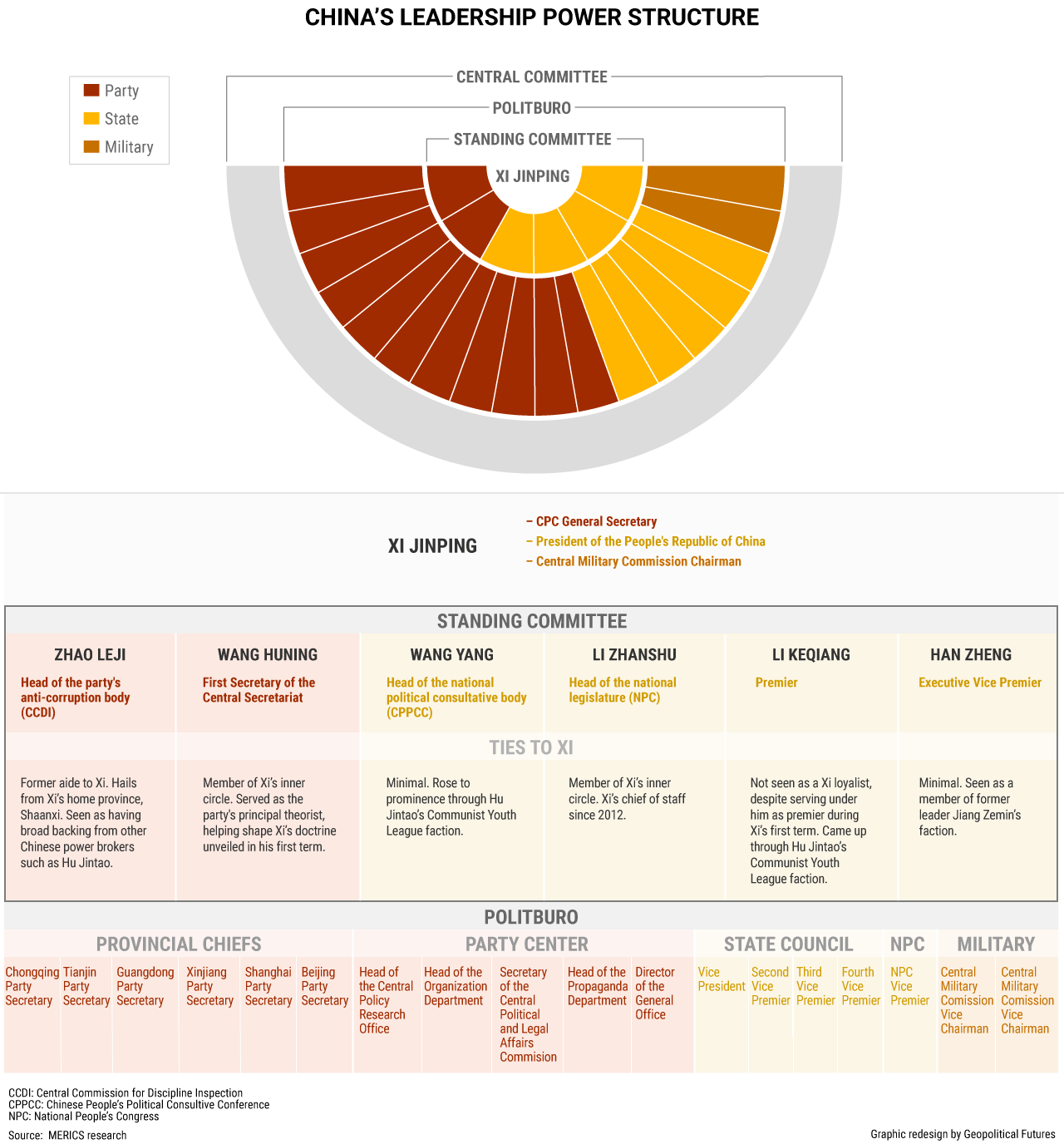 The second is China’s anti-corruption body, the Central Commission for Discipline Inspection, which Xi used liberally during his first term to remove rivals, undermine independent factions, and dislodge obstacles to reform further down the hierarchy. Wang Qishan, Xi’s close ally who led this effort, has retired. In his place is another Xi protege, Zhao Leji, who will assume even more responsibility than Wang in compelling officials to comply with painful reform.

The third is the People’s Liberation Army and the security services. The military is the ultimate guarantor of the party’s power, but, like the bureaucracy, had become bloated, corrupt and resistant to the party’s directives under Xi’s predecessors. To resolve these issues, Xi purged top generals, oversaw a massive reorganization of the military’s command structure and cut hundreds of thousands of troops from the ranks, partly as a way to excise corruption and reduce the power of his commanders. Unlike his predecessor, Xi has chaired the all-important Central Military Commission since taking power in 2012. Now that the congress is over, the commission is stacked with his people.

Finally, Xi controls the party’s ideology and so has the ability to set party lines. The addition of Xi’s eponymous doctrine, along with several of his core policy initiatives, to the constitution means that to challenge Xi or object to his policies is to challenge the legitimacy of the party itself. Moreover, another Xi loyalist, an ideological theorist, has been elevated to the Standing Committee, and still another has been placed as head of the party’s top propaganda organ. This, along with tight control over the Chinese media, allows Xi to frame his initiatives as one in the same with party dogma and to stoke public pressure to support his goals.

Venezuela at a Tipping Point