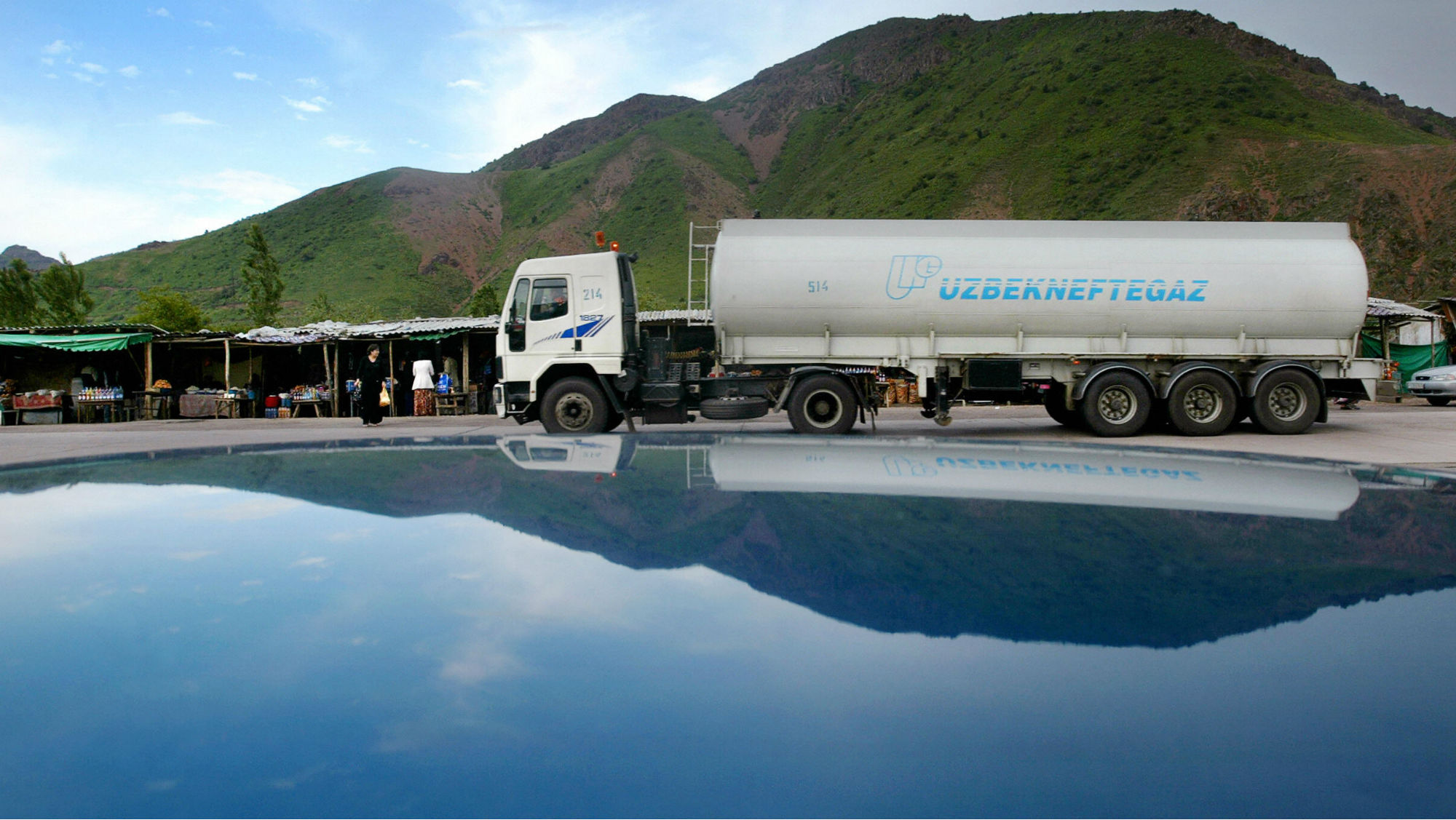 Say what you will about the Soviets, but they really knew how to put the “union” in the Soviet Union. For all its faults, the union bound its constituent countries together, imparting on them a degree of political and economic uniformity many of them have not known since. One of the only things the countries of Central Asia shared after the Soviet Union fell, for example, is geographic proximity. Sure, they entered into the Commonwealth of Independent States in the years that followed, but their relationships were hardly cooperative. They engaged in territorial disputes, eschewed trade with one another and succumbed to internal political problems. They preferred relationships with stronger, outside powers to relations with each other.

Their refusal to cooperate with one another enabled Russia to exert influence on them. Put simply, Moscow became their de facto leader. But a new round of cooperation in Central Asia demonstrates that the countries are ready to find solutions for internal problems – and to find them without Russia’s help.

Russia’s legacy in Central Asia is undeniable. Moscow does a lot of humanitarian work there, financing projects to reduce poverty and improve health, education and ecology. It also maintains a strong military presence there, with bases in Kazakhstan, Tajikistan and Kyrgyzstan. (Plans for military-technical cooperation with Uzbekistan are in the offing.) Russia is a top three trading partner of every Central Asian country and has donated to them some $6 billion-$7 billion over the past five years.

And yet Russian influence is, incredibly, on the decline. It has an unstable economy, hampered by chronically low oil prices, U.S.-led sanctions and an unenviable budget deficit. Politically, it faces external challenges in Ukraine, the Middle East and at home. Russia is therefore unable to maintain the buffer zones it so desperately needs to secure its borders. It cannot help to solve the problems that plague Central Asia – including disputes over water and energy supplies as well as border conflicts – as it once could. This has created an impetus among Central Asian countries to forge new bilateral relationships.

To know the shape those relationships will take, one need look only at the composition of Central Asia itself, which is divided roughly into two parts: countries that have water resources and countries that have energy resources. Complementary interests create opportunity. The countries with water (Tajikistan and Kyrgyzstan) need the ones with energy (Kazakhstan, Uzbekistan and Turkmenistan) and vice versa. 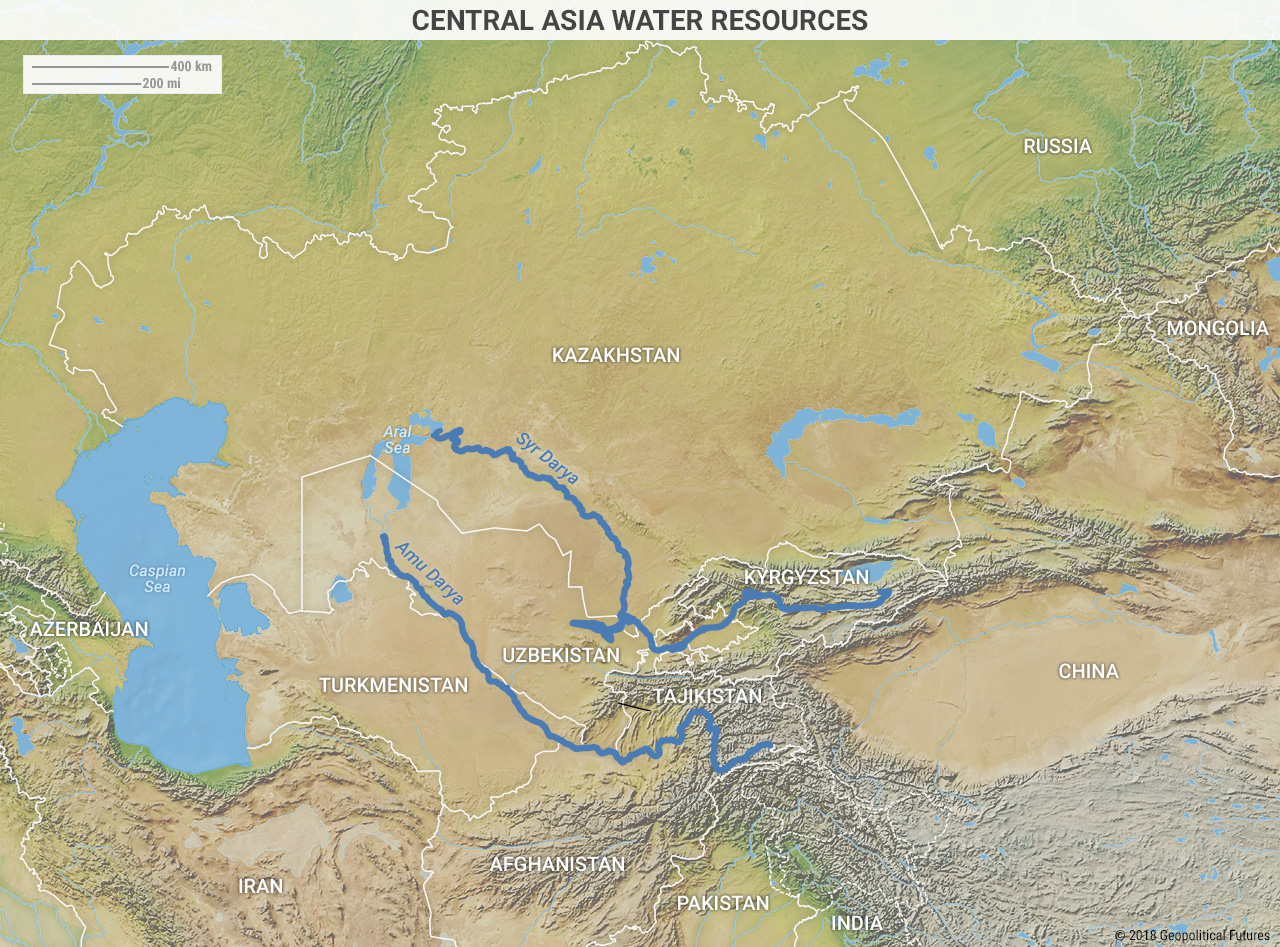 Take Tajikistan and Uzbekistan, for example. Tajikistan ranks ninth in the world in hydropower potential, according to the World Energy Council, a London-based charity. Yet more than half the country’s population suffers from a shortage of electricity, especially in the winter. In January 2013, Uzbekistan stopped supplying natural gas to Tajikistan, hurting not just Tajikistan’s residents but also some of its most important industries. Uzbekistan, for its part, has plenty of natural gas reserves – third most in the region (behind Turkmenistan and Kazakhstan) – but can supply only about 25 percent of its own water.

But cooperation won’t come easy to a region so accustomed to quarreling. Uzbekistan and Tajikistan nearly engaged in their own cold war after the Soviet Union collapsed. And they had reason to hate each other. Along with Russia, Uzbekistan participated in Tajikistan’s civil war. They had a bitter border dispute. They differed over the way water was sourced and distributed. And Uzbekistan introduced visas for Tajiks, painting a picture that the country was full of drug traffickers and religious extremists. Russia encouraged the conflicts, of course, reliant as it was on the tried and true “divide and conquer” tactics that had served it so well in the Soviet era.

Still, the governments of both countries understand the benefits of cooperation and so are beginning to work more closely together. In fact, relations began to thaw in 2016, when the new president of Uzbekistan came to power. They spent much of 2017 restoring relations and discussing the new demarcation of their border. And in January, they successfully resolved the long-standing dispute over the Farkhad Dam, which played a larger role in the original border dispute between the countries. Tajikistan will own the reservoir of the Farkhad hydropower plant, and Uzbekistan gets the hydropower plant. Meanwhile, they also plan to discuss the issue of resuming gas supplies from Uzbekistan for industrial use, and they are considering abolishing their visa regime and restoring transport communication.

Noticeably absent from all these discussions is Russia. But it would be naive to think these early signs of renewed cooperation will eliminate the role of outside powers entirely. Politically and economically beneficial though it may be, the restoration of ties solves only one of Central Asia’s problems. It does nothing to attract foreign investment. Like every other country in the region, Uzbekistan and Tajikistan need time, investment, new technologies, more stable financial sectors and, most important, the political will to mature. Some they get on their own, some they cannot. The main point, though, is that none are things that Russia possesses in abundance.

Which is not to say Russia is entirely out of the picture; Moscow continues to invest and create joint ventures, providing assistance and writing off debt. But other players such as China, India, the United States and the European Union are increasingly attracted to the region. Chinese influence has become particularly noticeable over the past two decades. China has become the main source of imports for Tajikistan, Uzbekistan and Kyrgyzstan. For reference, in 2016 the share of Russian investments in Tajikistan was 30 percent. China’s was 50 percent.

Russia still has certain advantages, of course. The countries of Central Asia are interested in ensuring military and technical security, which Russia can still guarantee. The political elite of the Central Asian countries works closely with Moscow, and inertia can be a powerful if underestimated geopolitical force. Still, the fact remains that Russia is becoming less important, and the effects of this are beginning to make themselves felt.

All this – declining power, regional cooperation and Chinese influence – are a huge threat to Russia, which will have to adjust its strategy in its near abroad to stave off its own obsolescence there. The old ways of doing things may soon no longer work.

What We’re Reading: The Story of Salt and a Call for...