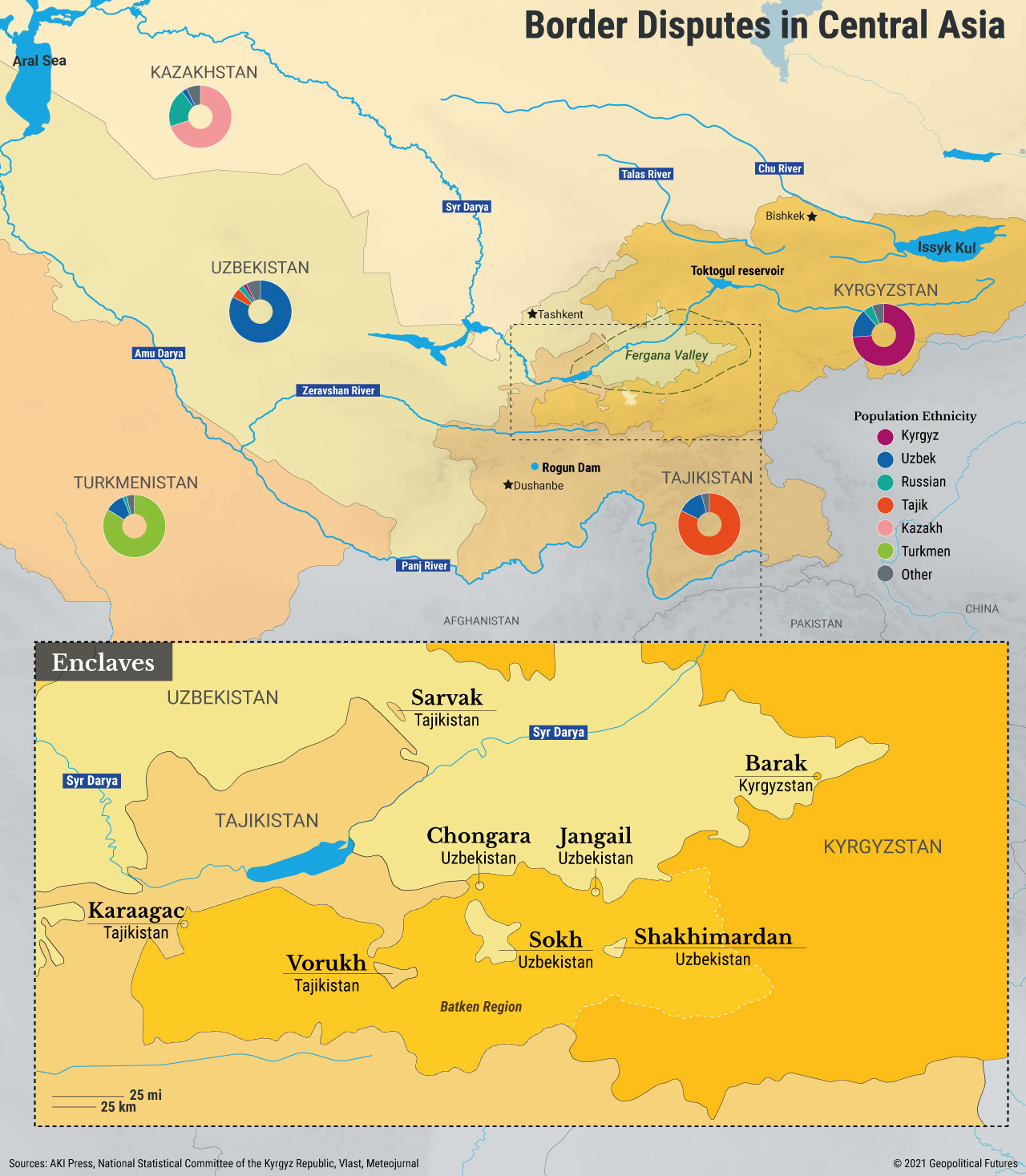 After the collapse of the Soviet Union, five independent states were formed in Central Asia, the boundaries of which were artificially established by the Soviet regime without taking into account the ethnic and cultural characteristics of the regions. As the newly independent countries were working to establish their own economies and political institutions, they also had to define and secure their new borders.

One of the most hotly contested areas was the Fergana Valley, which was divided among three states – Uzbekistan, Tajikistan and Kyrgyzstan. In some places, borders have yet to be demarcated, and talks are ongoing. Tensions persist over not just ethnicity but also control over resources. On the latter, one of the biggest areas of contention is water, as states compete for access to supplies from the region’s many rivers and canals.

These disputes have often led to armed conflicts. A prime example is the conflict that erupted last week on the Tajik-Kyrgyz border, one of the most difficult boundaries in the region to secure because of its mountainous terrain and multiple nearby enclaves. On April 28, clashes broke out around Vorukh, a Tajik enclave in Kyrgyzstan, between local residents over control of an irrigation canal. The two countries’ security forces later got involved.

Conflicts like this – i.e., ones that are confined to a limited area – can threaten the security of a whole country because the territory becomes vulnerable to external threats like terrorism and extremism. They then can become a threat for the whole region including Russia, which is trying to restore its influence in the post-Soviet states while also working to secure its own borders.