It has been a difficult week for Russia’s strategists. The view from Moscow is full of new challenges arising on all of Russia’s most sensitive borders. The Kremlin faces hard questions from the south in Turkey, the Black Sea and Syria; to the west in Belarus and Ukraine; and next door in Central Asia.

The most urgent question for Russia is whether Turkey will move into northern Syria, and if so, how many miles Ankara would be willing to advance into Syrian territory. At Geopolitical Futures, we have outlined that despite the human tragedy of this week’s bombings in Turkey, the attacks themselves will not impact Turkey’s decision-making. Turkey’s goal is regime change in Syria, as well as preventing the rise of a contiguous powerful Kurdish entity south of the Turkish border. Nevertheless, since the beginning of the conflict Ankara has hesitated to send troops, a move that would cost Turkey significant resources and embroil the country in a quagmire.

For Russia, Turkish comments that Ankara is considering military action raise two critical questions: Is Turkey bluffing? And if it advances into Syrian territory, should Russian air assets target Turkish troops and equipment? These are of course hypothetical, but nations plan for the worst, not hope for the best. In many ways, the second question is the more important one. Russia is doing well in Syria. With the backing of Russian air support, Syrian President Bashar al-Assad’s forces are gaining ground. However, if Moscow orders Russian planes to hit Turkish targets in Syria, Russia risks Ankara closing off the Bosporus to Russian ships. The Bosporus is Russia’s only maritime route into the Mediterranean, and thus into Syria. Russia is in an advantageous position now as a supporter of the Syrian regime using mainly air power to achieve its aims, but it cannot compete with the kind of land forces Turkey can deploy in Syria. Russia is geographically removed from the region, and Russian naval assets would be locked in the Black Sea. Also, any significant commitment of Russian troops to Syria would be unpopular domestically. A direct confrontation with Turkey in Syria would not end well for Moscow.

But challenges in Turkey and Syria are far from the only problems Russia is confronting. The most sensitive area for Russian national security is the country’s western neighbors – in particular Ukraine, Belarus and the Baltic states – because there are no geographic barriers between Russia and these countries. Russia’s main cities are close to the border, and historically invaders, from Napoleon to Hitler, marched into Russian territory through these areas. Russia lost much of its influence in the Baltic states when they joined NATO, but the Kremlin has fought hard to maintain Belarus and Ukraine as buffer zones. 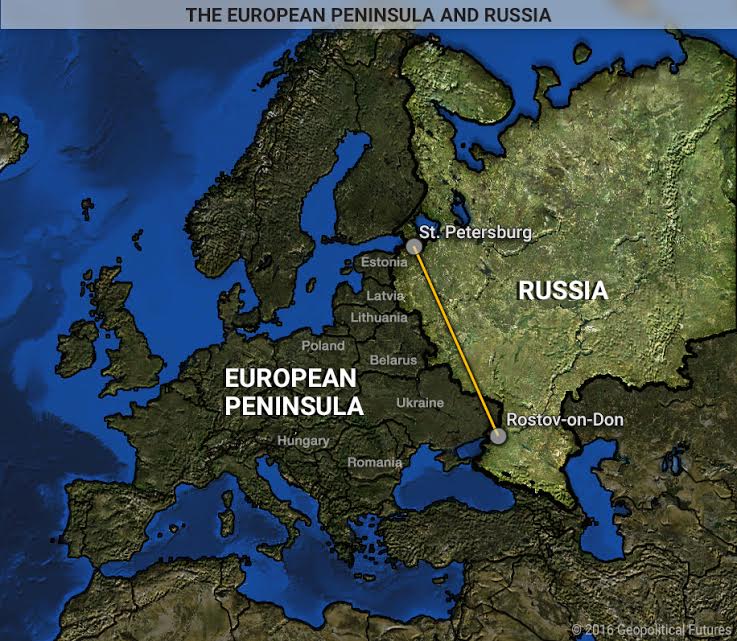 This week two events took place that have the potential to impact Russian interests in Belarus and Ukraine. First, Ukraine’s domestic political crisis intensified. Ukrainian Prime Minister Arseniy Yatsenyuk survived a no-confidence vote on Thursday, but the ruling coalition lost its majority in parliament when two political parties withdrew from it. On the surface, this should be good news for Russian strategists. Political paralysis is growing in Kiev. But the Kremlin’s strategists are also aware of a deeper issue: over the past two years, the West’s commitment to Ukraine – both financial and political – has grown greatly. As a result of fighting in the east and the annexation of Crimea, Russia-leaning political parties can no longer gain popular support from large constituencies. Russia’s ability to take advantage of political infighting and corruption in Ukraine has greatly diminished. Russian strategists are therefore likely following Ukraine’s domestic ordeals with great interest, but also with a recognition that currently even a paralyzed and politically divided Kiev is a largely pro-Western one.

To Ukraine’s north, Russia is keeping an eye on Belarus with wariness and concern. Belarusian President Alexander Lukashenko has long worked to gain political and economic concessions from both Russia and the West. At times he woos the Kremlin, and at times he pledges economic reforms and vies for Western loans and investments. On Monday, the European Union announced that it will permanently lift sanctions that were imposed against 170 Belarusian individuals and three companies. This is a symbolic shift, as European governments work to try to bring Minsk closer to the West. However, it is largely an empty gesture. The lifting of sanctions is unlikely, on its own, to change Belarus’ strategic orientation, or even to help the country attract significant Western investment. The deeper issues are the deteriorating economic conditions within Belarus and Russia’s own financial crisis, which is limiting Moscow’s ability to provide large amounts of funding to foreign governments. Belarus is very important to Russia’s defense strategy, and Russia has significant influence in the country, but maintaining a strong relationship with Minsk requires money that Russia doesn’t have right now.

Geopolitical Futures has highlighted that Central Asia is slowly destabilizing. Kazakhstan, a major commodity exporter, has been hurt by the exporters’ crisis. According to the Bank of Kazakhstan, exports decreased 42.4 percent in 2015 compared to the previous year. Kazakhstan, like many of its counterparts, has been forced to devalue its currency and cut expenditures. But last week, one of the first signs that the exporters’ crisis is also influencing Kazakhstan’s geopolitical orientation emerged. Several members of the country’s parliament publicly advocated for Kazakhstan to charge higher rent for Russian military facilities in the country.

This call is likely in part an effort for Kazakhstan to raise funds at a time of financial difficulty, but there is also another aspect to this debate. Russia views Central Asia as an important buffer: instability in the region could spill over into Russia, and any foreign power dominating the region could threaten Russian security. Through institutions such as the Eurasian Economic Union, the Kremlin has worked to ensure that Russia maintains influence in the region in the long run. But Russia is weakening, and while the suggestions of a few members of Kazakhstan’s parliament are a minor episode, they raise the question of whether Russia’s position in the region could be starting to erode.

These are the issues that strategists in Moscow grapple with on a daily basis, and in each of Russia’s buffer zones there have been developments this week. Russia is facing a host of challenges, and its options are increasingly limited.