Russia and the European Union held a conference last week, during which Russian Foreign Minister Sergey Lavrov said in a speech: “The situation remains rather alarming. Our common European continent is experiencing an unprecedented crisis of trust. Division lines are emerging in Europe again. They are moving eastward and getting deeper as if they were frontline trenches.” These are not trivial points, nor are they the usual verbal jousting of international conferences. They reflect the Russian reality, and as before in history, it differs from the European and American views of things.

The organizing principle of the Russian perspective can best be understood by what President Vladimir Putin said years ago: that the collapse of the Soviet Union was a catastrophe for Russia – not the collapse of communism, mind you, but the fragmentation of the Soviet Union, the core of which had been forged during the time of the czars and which protected Russia from invasion.

The Soviet Union’s collapse shattered the westernmost reaches that face Europe. Belarus, Ukraine and Moldova all became independent, and Russia’s border moved dramatically eastward. In one sense, there was little Russia could do about it. In another sense, Russia could live with the loss so long as the Europeans and Americans didn’t control the region. A buffer zone could suffice, one that required genuinely Russia-leaning or at least neutral governments. Governments dominated by the West were dangerous. 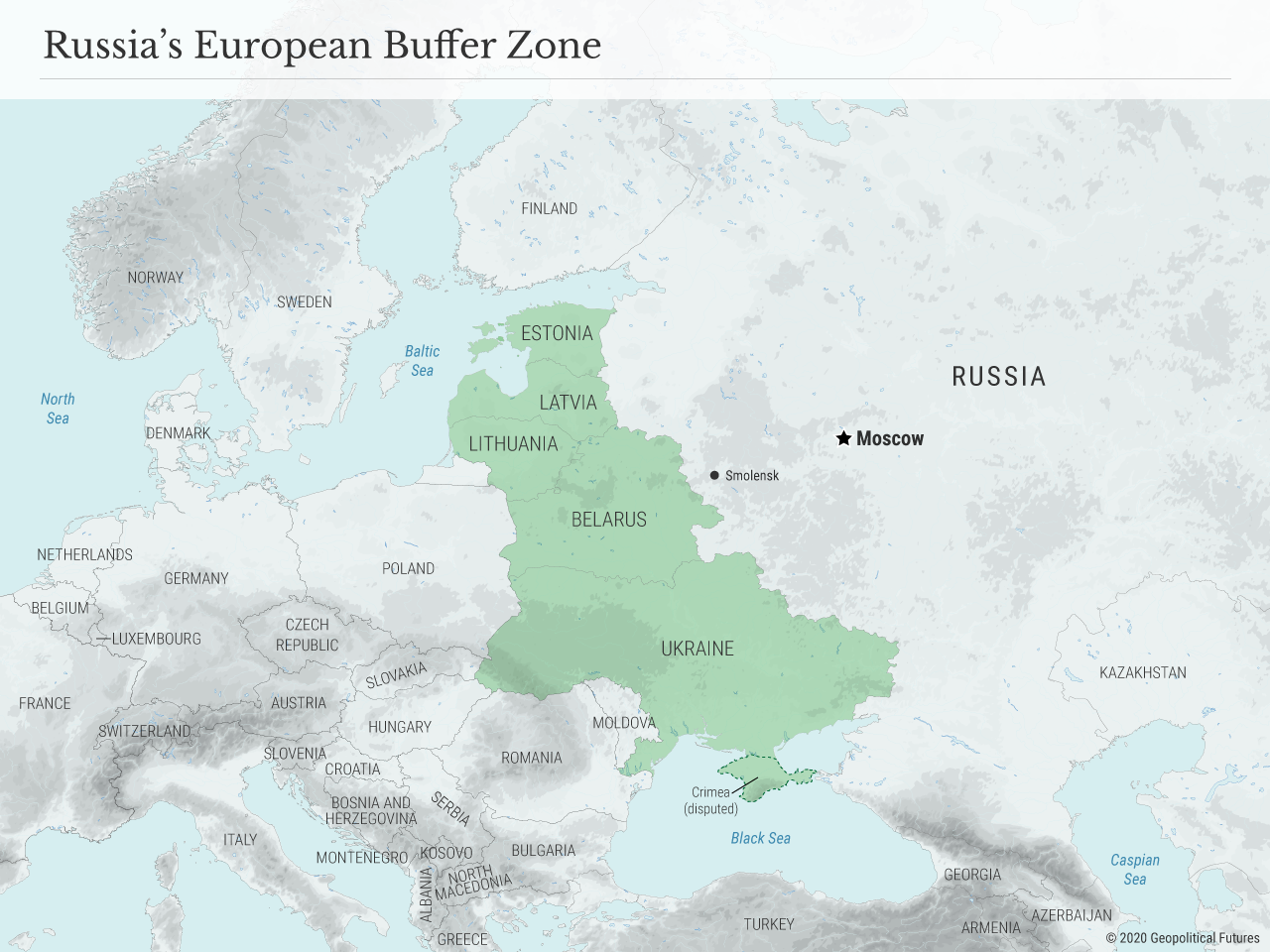 The Ukrainian revolution of 2014 upset the balance by replacing a pro-Russia president with a solidly pro-West government. Putin regarded this as a U.S.-engineered coup, and he sought to retain control of the eastern portion of Ukraine that borders Russia. Three perspectives emerged. The U.S. perspective was that Ukraine had the right to self-determination. The Russian perspective was that this was a result of covert action. The European perspective was classically European in that there were just about as many opinions as there are countries in Europe. Countries on the former Russian border such as Poland saw Russian moves in Ukraine as a return of Russian aggression. Germany’s perspective was that whatever happened should not be permitted to affect Germany’s relations with Russia. The opinion of a country like Portugal was that all this was far away and did not necessarily affect Europe.

Even so, it was a watershed moment. Russia believed that the West had violated an implicit agreement on the neutrality of the buffer region. The U.S. believed it was witnessing a new Russian attempt to return to great power status. Europe was alternatively alarmed or indifferent.


But the recent events in Belarus have shifted this. A Ryanair aircraft flying from one EU country to another was forced to land in Belarus, where two of its passengers were arrested. Russia had been supporting Belarus and its embattled, pro-Russia president following the chaotic Belarusian election last year, so if it hadn’t been clear before, it was now: Belarus was a partner if not an outright satellite. The event confirmed to Europe that Russian power had moved westward and had now arrived on the border of the Baltics and Poland. But to Russia, the opposite – that European power was advancing steadily eastward – had long been true. And that is at least partly what Lavrov was referring to in his speech at the EU conference.

And yet he never raised the key issues. What is Europe’s relationship with the United States, and what exactly is Europe? You cannot answer the first question without first answering the second. The Russians need to know the answer now. If Europe is a united entity with a singular foreign policy that operates under the auspice of NATO, then Russia stands against not just Europe but also the United States. If it doesn’t, then Russia is in a much stronger position. Moscow can’t expect to change America’s mind on the matter, but it might be able to split Europe’s view of Russia. And since NATO operates on many issues based on unanimity, that essentially blocks the U.S.

In this context, Lavrov’s speech makes sense. He was speaking directly to Europe, telling its leaders that Russia will respond if they continue to press east. He was speaking to those who hoped that the situation in Belarus would simply go away. His audience – the EU – is not Europe but a treaty on economic cooperation among most but not all European countries. The EU does not have a foreign policy beyond its trade policy, nor does it have a military. The EU is institutionally averse to national security issues intruding on economic issues. Lavrov’s speech was alarming to this group, and it was this group that he hoped to alarm. They might have been upset by the Ryanair incident but not so much that they want to confront Russia militarily or even economically.

For Russia, a fragmented Europe is the best defense because it freezes NATO and makes increased U.S. involvement more difficult. Without NATO, U.S. involvement will have to be done nation to nation, and thus without unquestioned support by European countries. That makes power projection from North America to Poland a difficult logistical matter.

In other words, Russia wants to preempt a joint American-European reaction to a hypothetical Ukrainian action. But there is a truth here: The Russians are weak and frightened. They are frightened by the full meaning of the fall of the Soviet Union, and despite massing troops here and there, they are not confident in their ability to prevail. They are unsure of their own strength. They believe they have a window of opportunity with Belarus, but to fully capitalize on it they must create cracks in Europe. It’s the move to make, and we can expect many attractive offers to various European countries. The problem Russia has is finding attractive offers.